St Mary le Strand is one of London’s “island churches”, standing on a traffic island by Somerset House. It’s the second church to be called St Mary le Strand, the first having been pulled down in 1549 to make way for Somerset House. Construction of the present church began in 1714, the architect being James Gibbs (architect of St Martin-in-the-Fields among many other places). 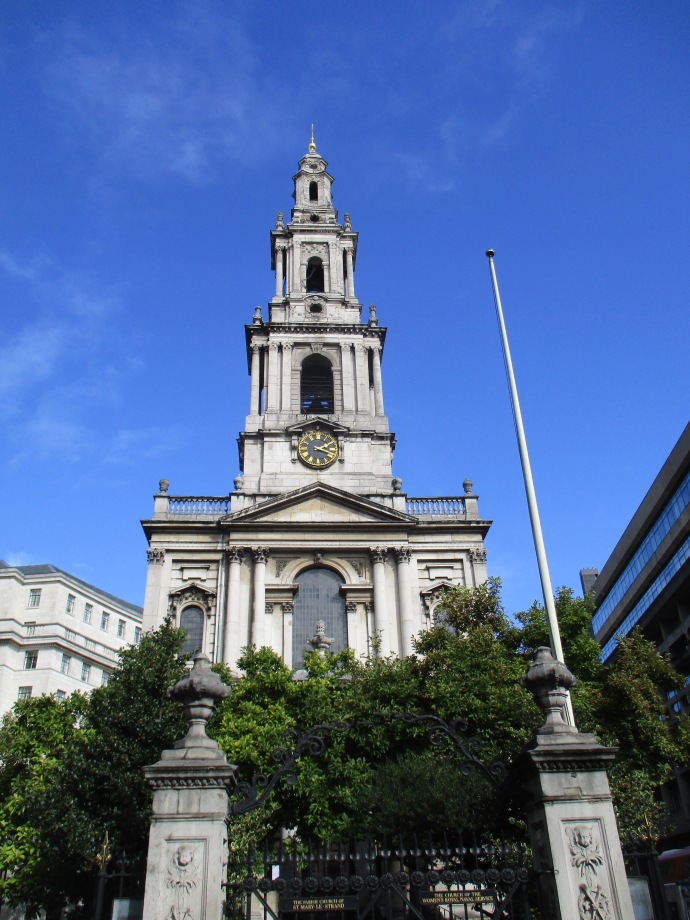 The church was locked up when I got there (I think from the website I’d just got there a couple of minutes too late) so I could only take photos of the exterior.

An interesting looking church I’ll be returning to visit the interior when I can. You can find some more photos here.