St Martin-in-the-Fields stands at the north east corner of Trafalgar Square and as such is a building I’ve passed by plenty of times but never had the time to pop in until this last visit when I deliberately added it to my places to see. There’s been a church on the site since at least 1222 but the current building dates from 1722-1726. 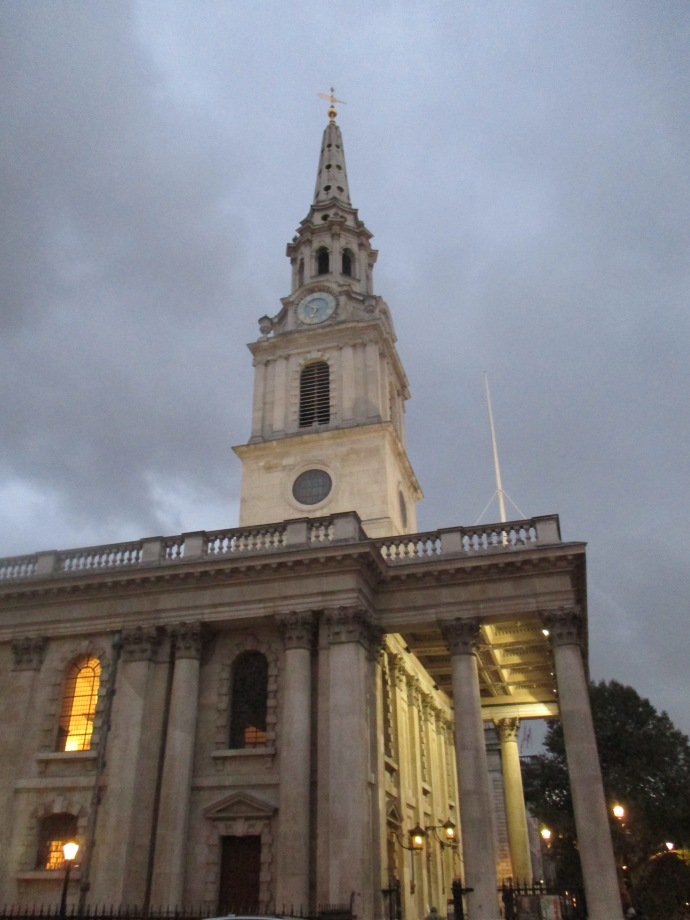 It was designed by James Gibbs at the request of George I with a rectangular design that is crowned by a steeple which is 192 feet high.

The interior is a beautifully open space, lots of white and gold, particularly clear in the Baroque ceiling. The plentiful windows gave the place a bright and airy feel, especially obvious as the sun was still streaming through on my visit. 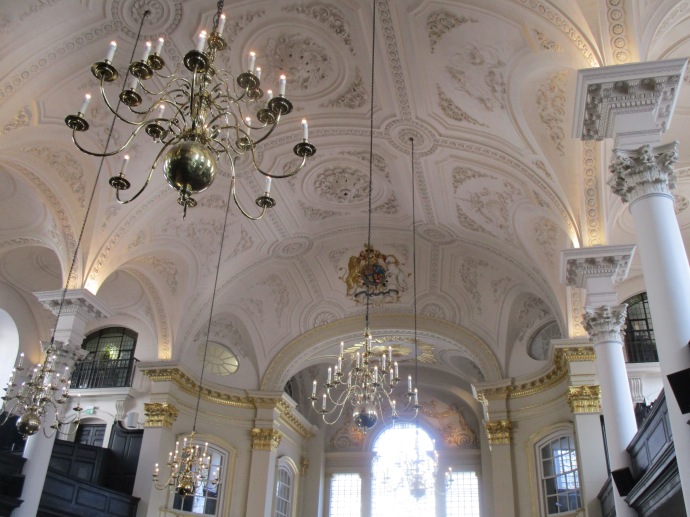 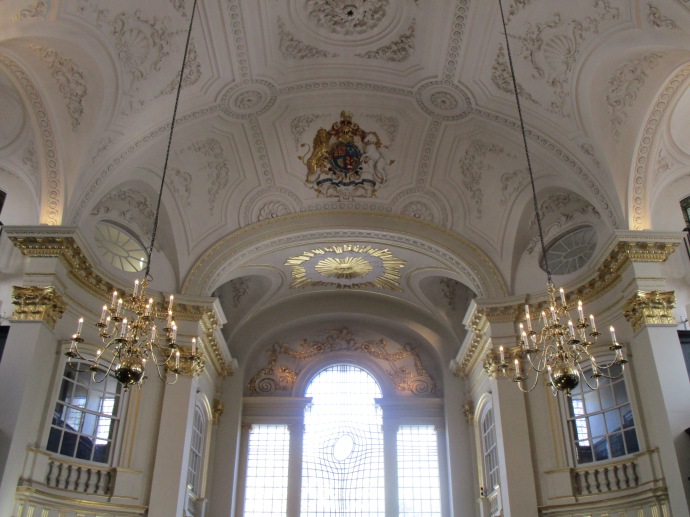 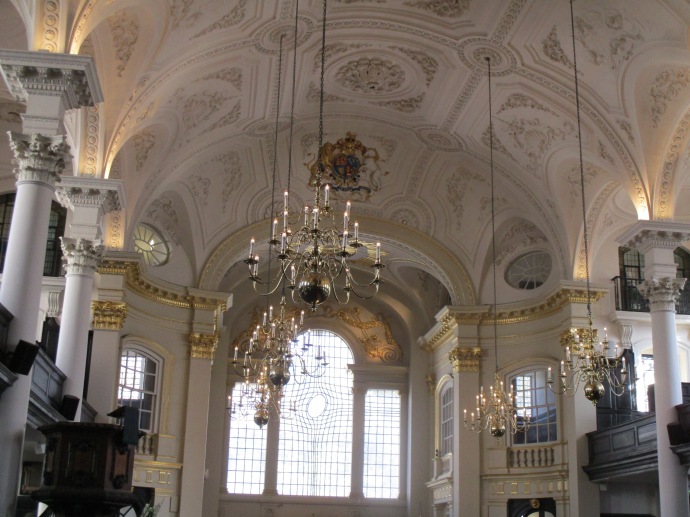 One particularly famous section of the church is the East window, which you can see below. Designed by Shirazeh Houshiary and Pip Horne, it was installed in 2008 and represents an abstract cross which helps fill the church with light.

Concerts are a regular feature of the church – they host around 350 a year – and free concerts at lunchtime performed by young up and coming musicians generally happen at least a few times a week. Indeed when I first stepped into the church I was lucky enough to hear the organ playing for what I assumed was a practice of a piece to be played at one such concert. Built by J. W. Walker and Sons in 1990 it has over 3,000 pipes and certainly looks very impressive.

Another interesting aspect of the church is the crypt, now partly given over to a busy cafe. Internments were stopped in 1853 and the vaults cleared and during the Second World War it served as an air raid shelter. One famous person to have been buried at St Martin’s was Nell Gwyn, Charles II’s mistress. The crypt has many memorials and statues on display that provide an interesting look at the local population through the ages.

I was particularly struck by the below whipping post which dates from 1752. Whipping in public, in this case in Trafalgar Square, was a common punishment for a host of crimes including “drunkenness, immorality and public dissent of the crown, government and the Church of England”. The practice stopped in 1791 for women and 1837 for men.

The most impressive statue in the crypt though has to be that dedicated to Henry Croft, the original pearly king who died in 1930. Croft is associated with the beginning of the practice of wearing clothes decorated with mother-of-pearl in the late 19th century – the decorated suits he wore were used to fund-raise for charity. 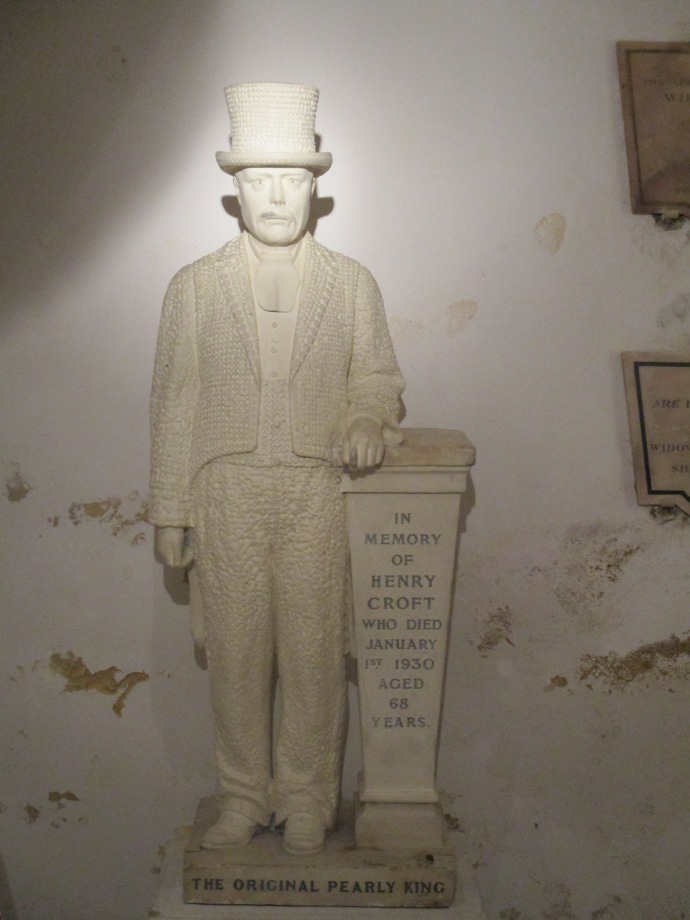 St Martin-in-the-Fields is a beautiful church and I would recommend a visit, especially if you’re looking for a temporary reprieve from the hustle and bustle of Trafalgar Square.

More of my photos of the church can be found here.