St Bride’s is one of the oldest churches in London, dating back over 2,000 years. The current building was designed by Christopher Wren in 1627. It’s probably most famous for its spire, said to have inspired a baker to make what is now the traditional tiered wedding cake.

The present church is the seventh on the site. I wasn’t sure what to expect of the interior but it was far lovelier than I’d imagined inside. The Great Fire of London had destroyed one church leading to Christopher Wren to rebuild it. But that church was partially destroyed by German bombs in 1940. Rebuilding began in 1954 with the architect Godfrey Allen reproducing Wren’s original designs.

As it’s located on Fleet Street it has been associated with movable type and the Press since around 1500 when the first printing press was set up next door by Wynkyn de Worde. It is often also called the Printer’s Cathedral or Journalist’s Church. 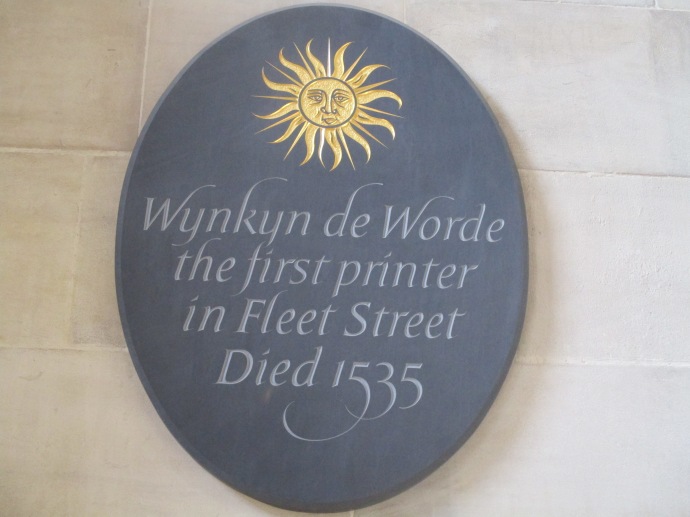 The church isn’t just associated with the press however. The parents of Virginia Dare, the first English child born in North America in 1587 had married at St Bride’s and there is a small corner of the church dedicated to the colonists, featuring a bust of Virginia.

The other interesting part of the church is the crypt where you can find remains of earlier Roman, Saxon and Norman buildings and artefacts as well as the Medieval crypt, discovered during the 1950s. 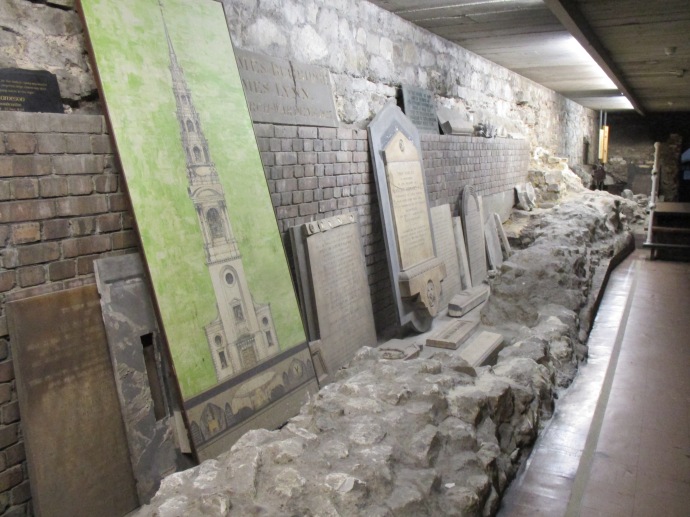 It really is a pretty church with lots of light pouring in through the plain windows and a cosy atmosphere.

You can find more of my photos of the church here.