St Paul’s Church in Covent Garden, not to be confused with the Cathedral, was designed by Inigo Jones in 1651 and is also known as The Actor’s Church because of its history with the theatre community. Completed in 1633 it was the first new church to be built since the Reformation. 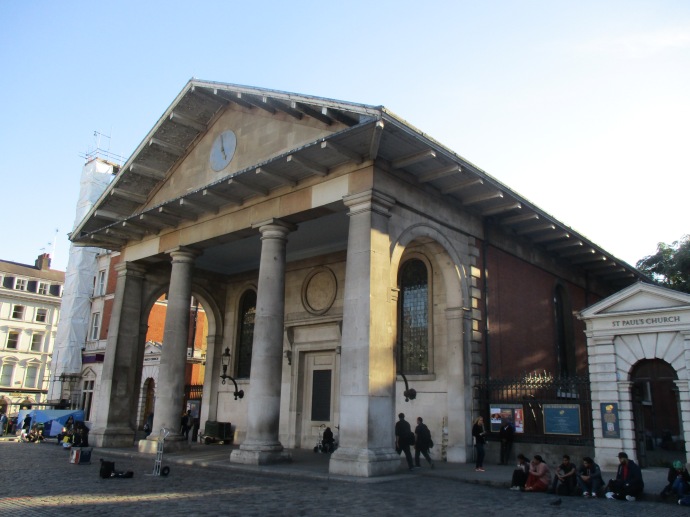 The building has a large portico supported by columns and has a boxy feel that makes it stand out and is the perfect backdrop for performers outside – a magician was entertaining the sizeable crowd when I went into the church.

The connection with the theatre dates back to 1663 with the establishment of the Theatre Royal, Drury Lane and 1723 when the Covent Garden Theatre was opened (now the Royal Opera House). It was the site of notable performances such as the first recorded performance of Punch and Judy in 1662.

The interior wasn’t as striking as some of the other churches I visited on this trip but it did have some nice features to it. For a start it was nice and airy with a lot of light let in by the windows, many of which had stained glass in them.

The altar was very pretty in reds and golds and the lighting gave it a very homely feel.

The connection with the theatre community is most obviously highlighted by the memorials along the walls.

Outside is a lovely garden which actually proved difficult to photograph as the sun was so bright that day. 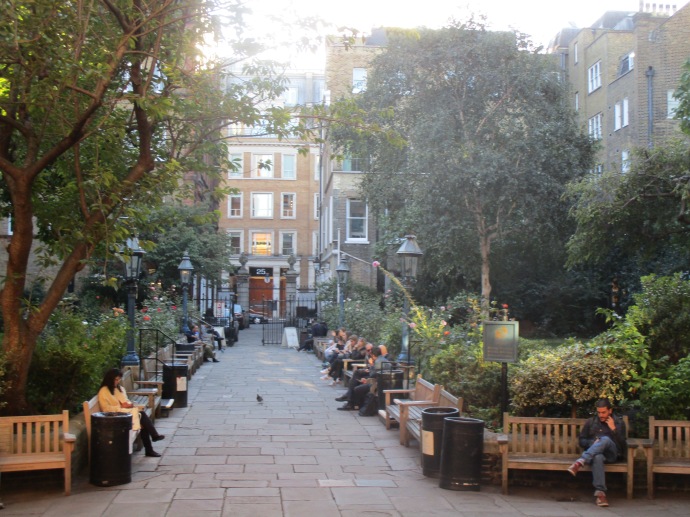 It also features some interesting artwork such as this sculpture depicting the conversion of St Paul which was unveiled by Dame Judi Dench in 2015.

A lovely church that is well worth a visit, especially if you want a quiet moment to yourself away from the Covent Garden crowds.