Whenever I’m in London for a few days I try and schedule an afternoon of just wandering around an area and taking photos of places I’ve not managed to visit before or where I’ve visited only briefly. Despite the intermittent rain after visiting Temple Church I decided to take a wander around Somerset House. There was some sort of event going on inside so I only took photos of the courtyard and exterior.

In 1547 Edward Seymour, Duke of Somerset and Lord Protector for his nephew Edward VI, started to have Somerset House built. By 1552 however he was executed at the Tower of London and ownership of the palace passed to the crown. A year later Princess Elizabeth moved there until 1558 when she was crowned Elizabeth I. 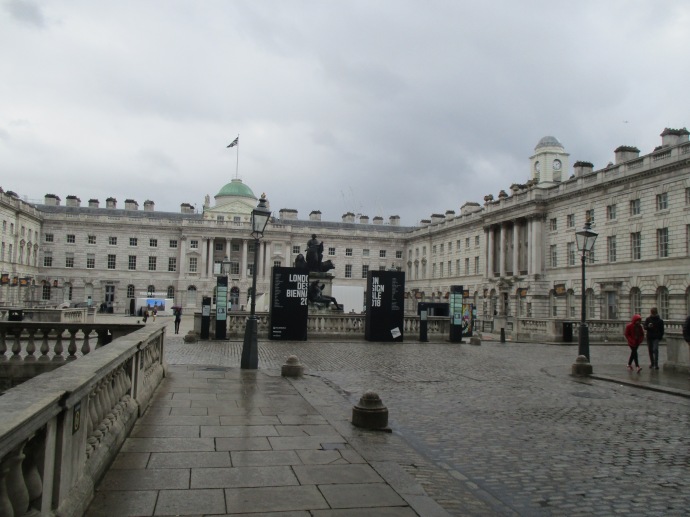 It played host to many other important women from then on, its name changing to Denmark House in 1603 when Anne of Denmark, wife of James I of England moved there. Henrietta Maria of France, wife of Charles I then ordered work to be done on the building and moved there in 1660 when her son Charles II was crowned king.

By 1775 the original building had been demolished and by 1779 it became the home of the Royal Academy of Arts. Other residents eventually included the Navy Board and what was the early Inland Revenue with King’s College London having its campus in the East Wing.

The building has some beautiful details like those below and of course is probably most well known these days as the site of a large outdoor ice rink in winter and holding outdoor film viewings.

One thought on “Somerset House, London”