Dr Johnson’s House is the 300 year old townhouse where Samuel Johnson lived and worked compiling his dictionary. Built by Richard Gough, a wool merchant, his is the only house to have survived from that time, including being damaged during the Blitz. It is nestled away down side streets off Fleet Street and it was a little tricky to find, though this could equally have been down to me paying more attention to photographing the area as it was to a surprising lack of signage.

The house is fairly plain inside, though it does contain many of its original features such as the floorboards and staircase and there are items of note inside. This chest for example belonged to David Garrick, the actor and Johnson’s friend, and contained his costumes at the Drury Lane Theatre. 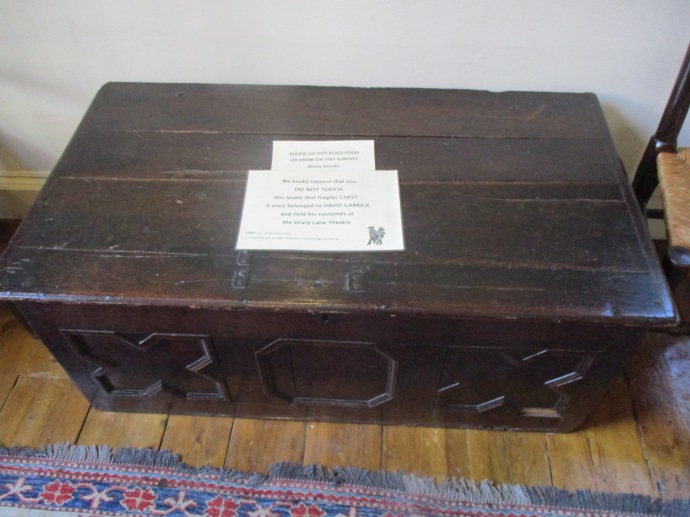 Johnson lived in the house from 1748 and since many other tenants rented the house after him none of his furnishings were left in place. This room below was probably the bedroom of Anna Williams, a poet who lived in the house with Johnson from around 1754. 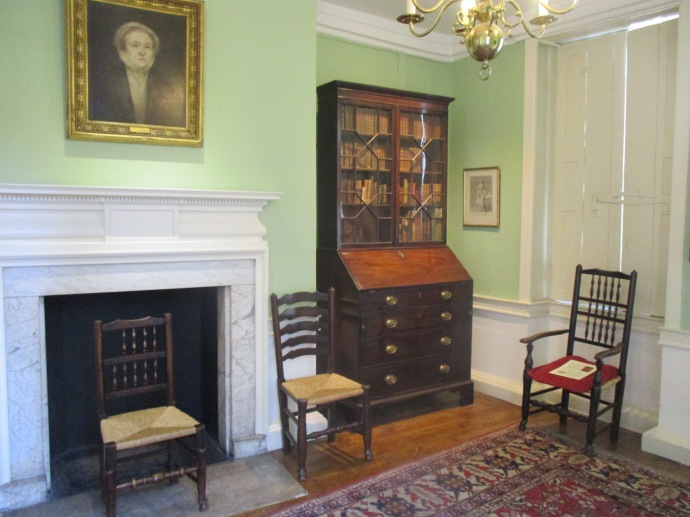 One striking piece of decoration is this stained glass window which shows Lichfield Cathedral in the background. Johnson was of course born in Lichfield and the post about my visit to his Birthplace Museum can be found here. 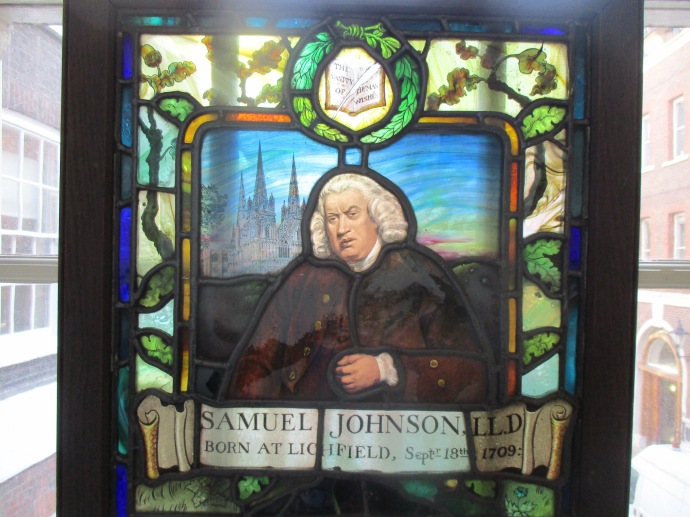 Also of note is that this was also the home of Francis Barber, Johnson’s servant and heir. Born a slave in Jamaica he was brought to England by the father of a friend of Johnson’s, Richard Bathurst, and after the death of Johnson’s wife Bathurst sent him to Johnson to work as a valet.  He was eventually given his freedom in Bathurst’s will. Johnson himself was an opponent of slavery and kept in touch with Barber, putting him through school at one point and leaving him a legacy in his will.

One last thing to keep an eye out for is this cute statue of Hodge, Johnson’s cat, which stands opposite his house and was unveiled in 1997.

You can find more photos of the house here.