There’s been a church on this site since at least 1125, but the present church dates from 1744 and is by George Dance the Elder (he also built Mansion House, the official home of the Lord Mayor of London). The interior of the church, which really took my breath away, was remodelled by John Francis Bently (who also designed Westminster Cathedral). 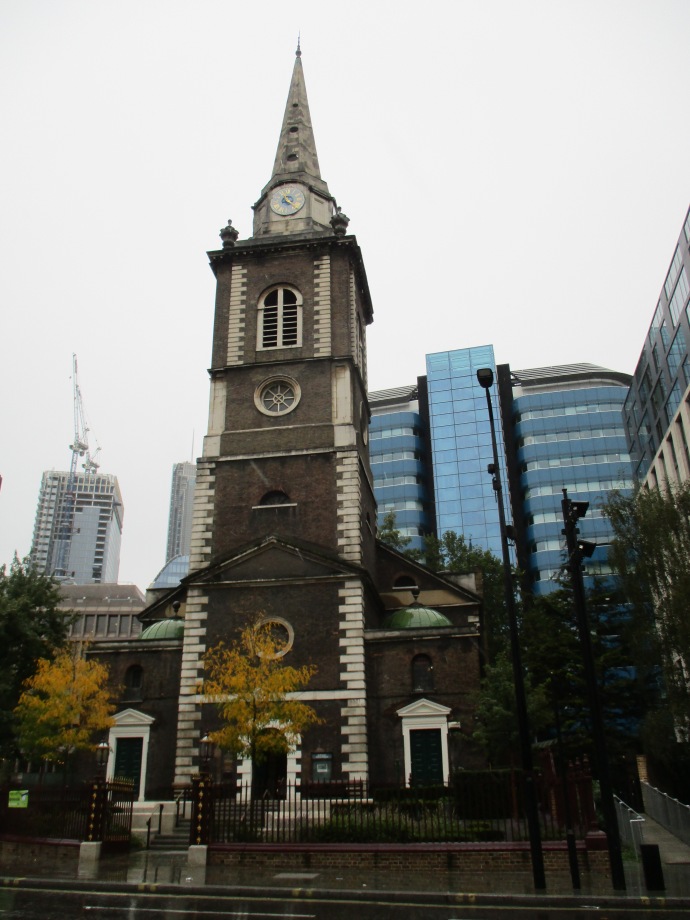 The stucco ceiling of angels really is something to behold, and the church has a fresh clean feel to it. 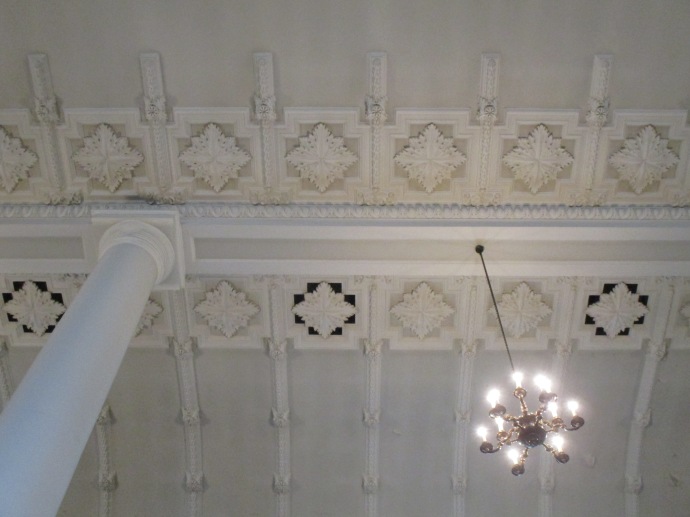 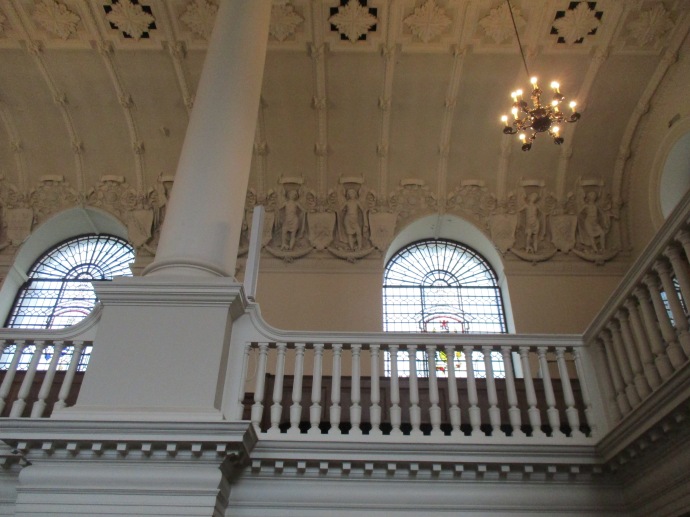 It survived the Blitz when a bomb pierced the roof near the organ in 1941 but failed to explode. The then rector was sleeping in the crypt during the air raids ready to put out any incendiary bombs that hit the roof. 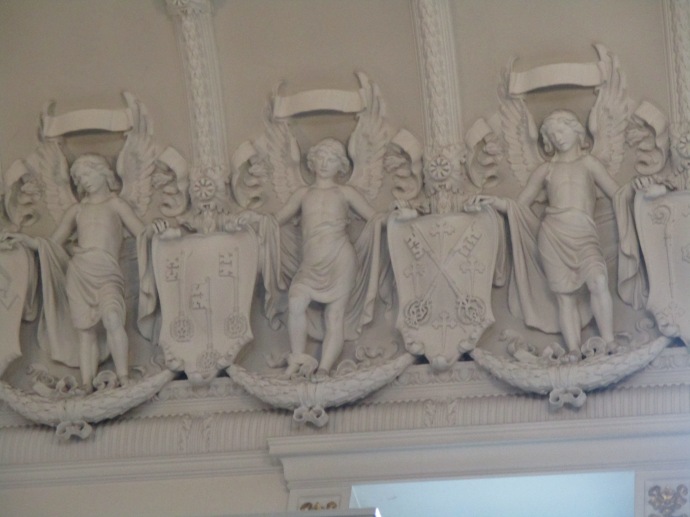 It had some lovely stained glass windows which mostly date from 1969-72 and commemorate former aldermen who were elected as Lord Mayor of London. 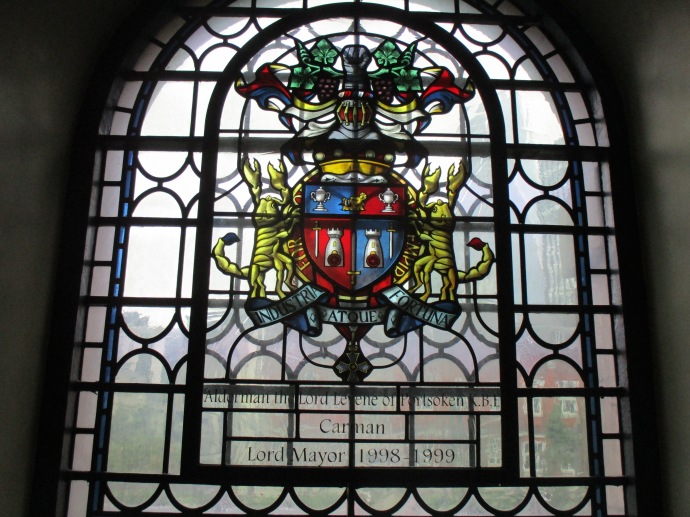 The Lesbian and Gay Christian Movement was founded here in 1976 to provide support for those excluded by other churches for their sexuality. Other interesting things to note are that Daniel Defoe (author of Robinson Crusoe) was married here in 1684 and in the churchyard is buried two noblemen beheaded at the Tower of London for rebelling against Henry VIII – Thomas, Lord Darcy and Sir Nicholas Carew.