On one of my walks through Westminster I passed by Westminster Cathedral, one of those buildings designed to take your breath away. I didn’t have time to go inside but it has been placed firmly on my to revisit list.

This Roman Catholic Cathedral sits on what was part of the marsh around Westminster. The same Benedictine monks who built Westminster Abbey used it as a market and in the 17th century part of the land was sold to build a prison, Tothill Fields Prison, aka the Middlesex House of Correction. The prison was demolished in 1885 and construction on Westminster Cathedral begin in 1895. 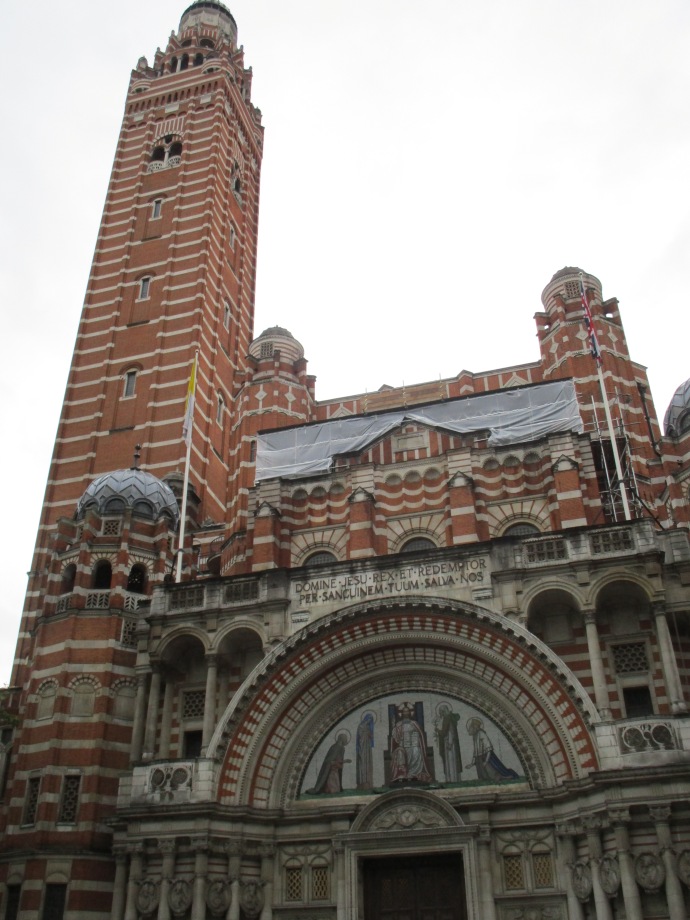 The Cathedral is the mother church of the Catholic Church in England and Wales, its full name being the Metropolitan Cathedral of the Precious Blood of Our Lord Jesus Christ. It opened in 1903 though it wasn’t consecrated until 1910. It had several different architects and was designed in the neo-Byzantine style and made mostly from brick with several domed roofs typical of the style.

It’s a lovely building from outside and I look forward to seeing the interior. You can find some more photos here.