On my last trip to London I decided to head out to Marble Arch and take a photograph of the Tyburn Tree plaque which marks the site where the famous gallows were located. It was while researching its exact location that I discovered the existence of Tyburn Convent which houses a crypt with relics of the martyrs who died at Tyburn.

The nuns offer a tour of the crypt three times a day and as I was travelling alone I found myself on a private tour of the building. 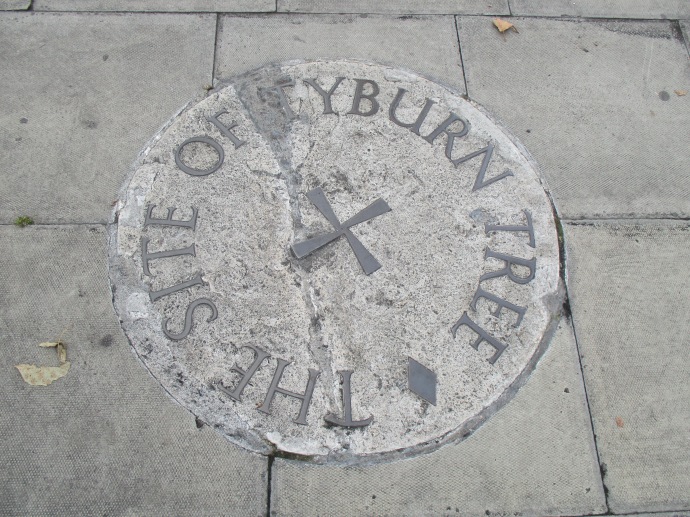 The first execution at Tyburn was in 1196 when it was referred to as the King’s Gallows. Here prisoners were hanged, drawn and quartered – as well as the 105 Roman Catholic martyrs killed those who met their death here included John Austin, a highwayman and actually the last person hanged at Tyburn in 1783, James Hackman, a murderer who killed Martha Ray, mistress of the 4th Earl of Sandwich and Jack Sheppard, a notorious thief who escaped from prison four times and was eventually hanged at Tyburn in 1724.

As you can see from the picture of the model of the Tyburn Tree above, it had three legs and was installed at Tyburn in 1571 to replace a smaller gallows. Its size allowed for more executions to take place at once with 24 prisoners having on one occasion been executed all at the same time. Tens of thousands of people died at Tyburn. 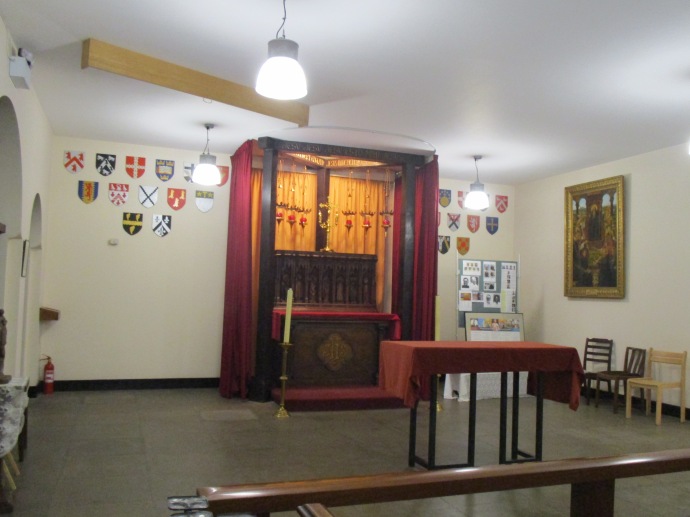 There were many interesting things to see in the crypt, with the stained glass windows standing out in particular. They were designed by Margaret Rope and depict scenes from the lives of the martyrs. 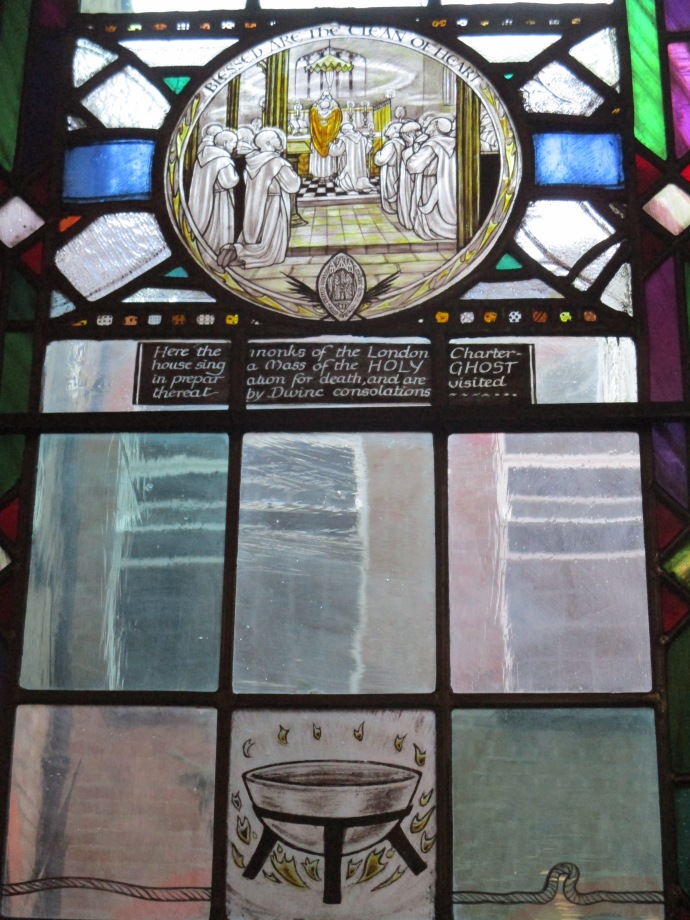 It was thanks to Henry VIII’s anti-Catholic laws that the martyrs for whom the shrine at the Convent is dedicated met their deaths at Tyburn, branded as traitors. Relics such as bloodied shirts and pieces of bone belonging to some of those who died as Catholic martyrs are on display here. Not all of them photographed particularly well but those that did include the bloodstained shirt of William Howard, executed in 1680 and a vertebra cut through in the execution of John Lockwood in 1642.

It also claims to have a small piece of the gallows itself on display, as explained below. 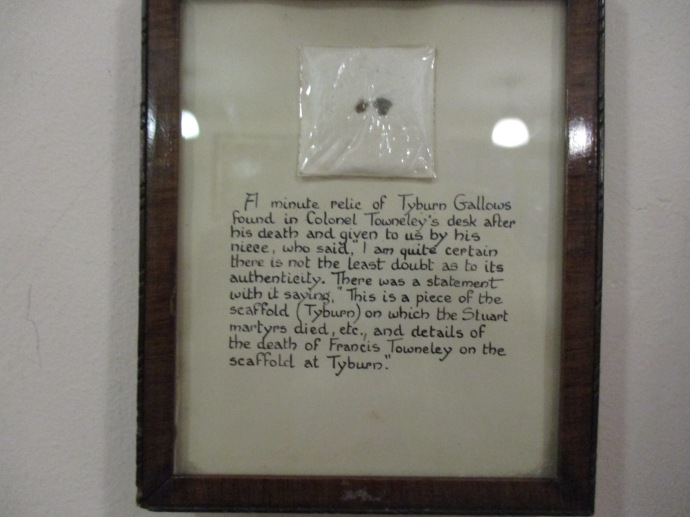 Founded in 1901 the convent itself is home to the Benedictine Adorers of the Sacred Heart of Jesus of Montmartre and there is always at least one nun praying in the chapel throughout the day and night. Members of the public are welcome in the chapel and I did sit in there briefly – it seemed to have a regular influx of worshippers. I received a very warm welcome and was glad to have made the trip to see the crypt and take in the history of Tyburn.

You can find more of my photos here.