Last weekend Light Night returned to Nottingham for the first time since 2020. It wasn’t quite as impressive as previous years but that’s understandable given current circumstances and there were still a lot of places taking part that we didn’t visit due to time constraints.

Another February, another Light Night. This is always a good event to go to every year and as ever the city centre was packed with people from all ages. For this year as well the event was spread over both the Friday and the Saturday night, though I only made it out on the Friday. There’s never enough time to see everything so we did a loop from Trinity Square to listen to some of the choirs, round through Market Square to the very impressive art works projected onto the Council House, over to St Mary’s Church in the Lace Market and then up to Nottingham Contemporary art gallery. A few of my favourite light displays are below. 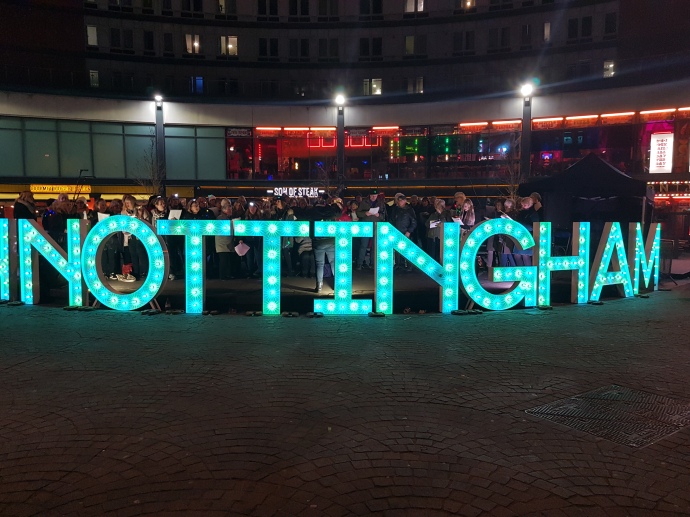 END_OF_DOCUMENT_TOKEN_TO_BE_REPLACED

As part of Nottingham Light Night 2019 the Lace Market Theatre was offering behind the scenes tours and as this is a local theatre that I keep meaning to visit but haven’t got around to (I promise I’ll go see something there this year!) we thought it would be a nice change of pace to the normal Light Night activities. 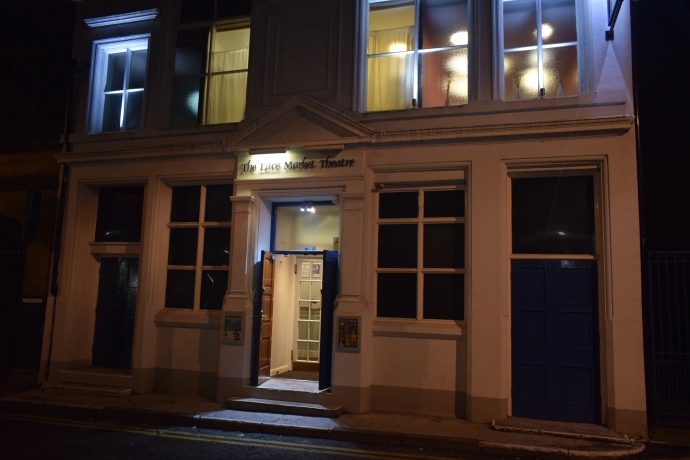 END_OF_DOCUMENT_TOKEN_TO_BE_REPLACED

As is tradition we visited Nottingham’s Light Night event last Friday and as is also tradition, there just isn’t time to see everything so I planned a route around the city that would work for the time we had available. The only thing we didn’t manage to visit was the Museum of the Moon at the Concert Hall – kudos to everyone who was prepared to stand in the exceptionally long lines to get in, we decided in the end that we were prepared to skip it for other things.

END_OF_DOCUMENT_TOKEN_TO_BE_REPLACED

As in previous years we headed out for Nottingham Light Night this past Friday to take photographs of the various light installations. We concentrated this time on the Market Square, Nottingham Castle and around the Lace Market area. Last year the Nottingham Wheel was all lit up in the Market Square but this year was the turn of the 70 metre high Starflyer ride, which plenty of brave souls seemed to be enjoying!

END_OF_DOCUMENT_TOKEN_TO_BE_REPLACED

Nottingham’s 10th Light Night took place on Friday 10th February and as usual the city centre was packed with people taking in the light displays from the Castle, to the Galleries of Justice, the Wheel of Nottingham and for the first time this year, the Arboretum. There are so many events going on around the city centre and beyond – the event has spread out to include areas of Sneinton this year – that you really need to have a set plan of where you want to visit. Since this is the first time the Arboretum has taken part I definitely wanted to visit there, but first we went to Market Square to see the lovely light display on the Wheel of Nottingham, which also had a screen up playing Frozen, a nice touch since it was lightly snowing at the time!

END_OF_DOCUMENT_TOKEN_TO_BE_REPLACED

Nottingham’s Light Night has been running for quite a few years now, and although I had been aware of it before I had never taken the time to explore any of the events, until this past Friday, 28th February. This year’s focus was Nottingham Castle and it made a nice change to wander around the grounds at night, even if you did have to be very careful about your footing on some of the paths. I was also very glad that I had bought a ticket in advance (£4 instead of £5), because the queue when I arrived at the Castle was extremely long and with a ticket already I was able to bypass that and go straight in with no waiting around.

This year’s theme at the Castle was also tying in with the Centenary of World War I events going on around the country and I particularly liked the videos which were projected onto the side of the Castle, as seen below:

END_OF_DOCUMENT_TOKEN_TO_BE_REPLACED

My post about Whipsnade Zoo is now up on my blog - link in my bio.