Nottingham’s 10th Light Night took place on Friday 10th February and as usual the city centre was packed with people taking in the light displays from the Castle, to the Galleries of Justice, the Wheel of Nottingham and for the first time this year, the Arboretum. There are so many events going on around the city centre and beyond – the event has spread out to include areas of Sneinton this year – that you really need to have a set plan of where you want to visit. Since this is the first time the Arboretum has taken part I definitely wanted to visit there, but first we went to Market Square to see the lovely light display on the Wheel of Nottingham, which also had a screen up playing Frozen, a nice touch since it was lightly snowing at the time! 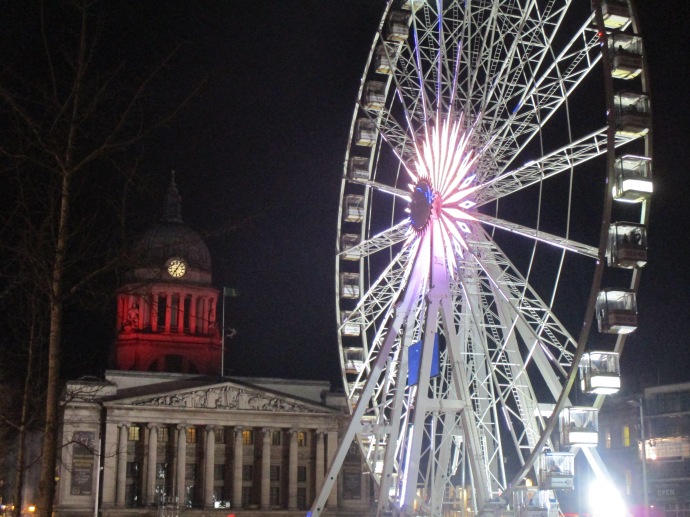 From the Market Square we moved on to the Arboretum which was very busy and looked lovely all lit up. Particular highlights were the bird sculptures and the floating candles on the lake, not to mention the excellent drummers who we were to meet at several points around the city. 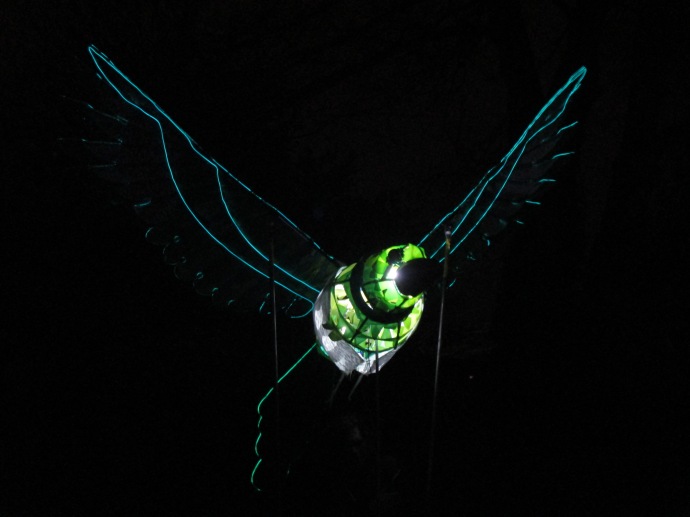 From here we moved on to the Castle, with a very pretty art exhibition of umbrellas in the bandstand which was illuminated by falling rain to the sound of a traditional music box and colourful lights everywhere. We were also amused to see people playing glow in the dark tennis and archery!

There’s never enough time to see everything that I’d like to, but you can find more of my photos from the night here.