St Andrew Undershaft was one of many churches I visited during Open House London. I only spotted it as I was heading towards Leadenhall Market (to feature in a later post) thanks to the sign they’d put out on the pavement – the church is tucked away among many of the City’s skyscrapers. 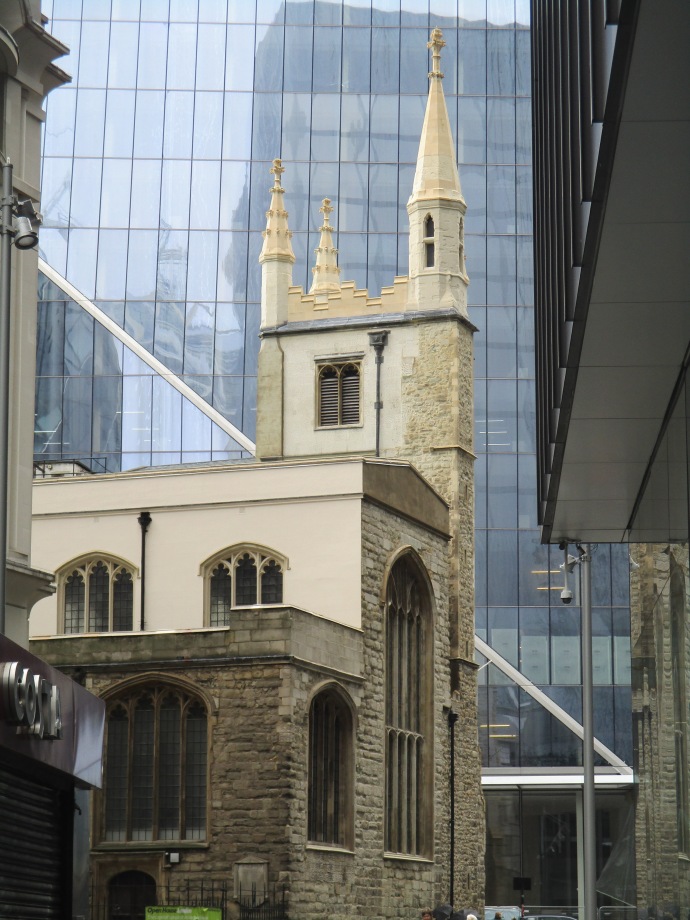 I got there in time for the first tour of the day, given by one of the congregation who is also a professional tour guide so it was a more comprehensive tour than you often get at these type of events. It’s a conservative evangelical Anglican church as well (administered by nearby St Helen’s Bishopsgate which will feature in a future post) which means that the tour was heavier on the Christianity than is typical of my experience. 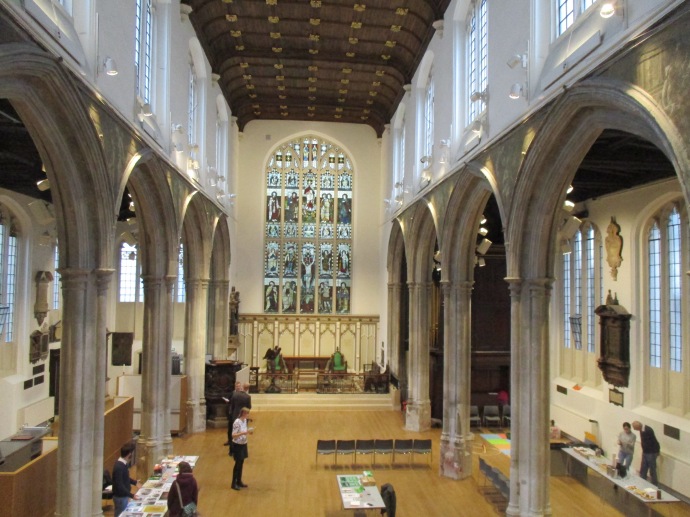 The unusual name of Undershaft comes from the “long shaft” or maypole that stood nearby and which was taller than the church’s steeple. It was set up in the 15th century but torn down and burned by a mob after a preacher denounced it in a sermon as idolatrous.

There was an earlier church on the site dating from the 12th century but the present church dates from 1520 to 1532.

The church has some lovely stained glass windows such as those below which include the names of the first five Protestant sovereigns in the country. 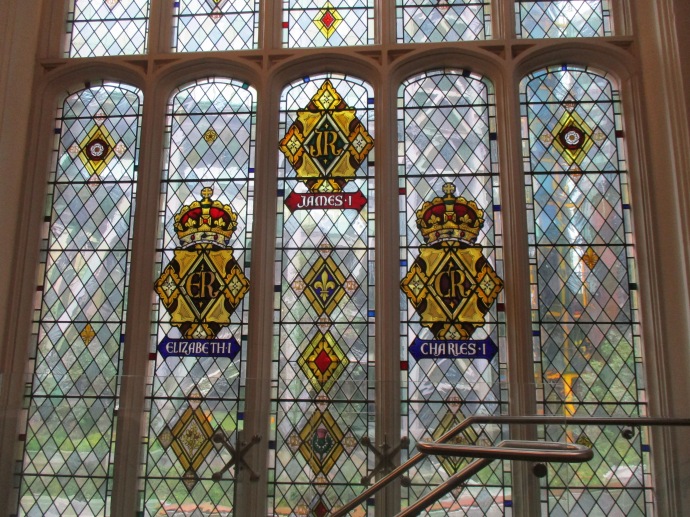 It also has some lovely monuments, the most famous probably being that of John Stow who wrote the survey of London in 1598 about 16th century London life. Every third year around the anniversary of his death a real quill pen, as pictured, is placed in his hand.

The altarpiece below was presented to the church by the East India Company in 1724.

The church survived the Great Fire of London and the Blitz but was damaged when an IRA bomb exploded outside the Baltic Exchange in 1992, killing three people, and badly damaging the church.