In this occasional series on London plaques, the first remembers John Peake Knight, an engineer from Nottingham who was a railway manager and inventor of the world’s first traffic lights.

The first set of traffic lights were installed at the junction of Great George Street and Bridge Street, near Westminster Bridge on 9 December 1868. Unfortunately a month after installation one of the lights exploded, badly injuring the police officer manning it. The idea was dropped and traffic lights didn’t make it in London again until 1929. 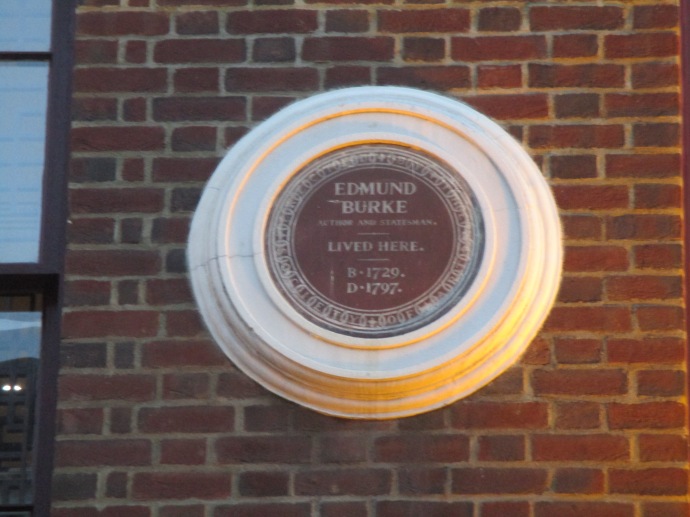 The above plaque marks the building where Edmund Burke, the Irish author and philosopher lived. Perhaps best known for having said “the only thing necessary for the triumph of evil is for good men to do nothing,” he was a member of the House of Commons for many years, supportive of the American Revolution, but not of the French. 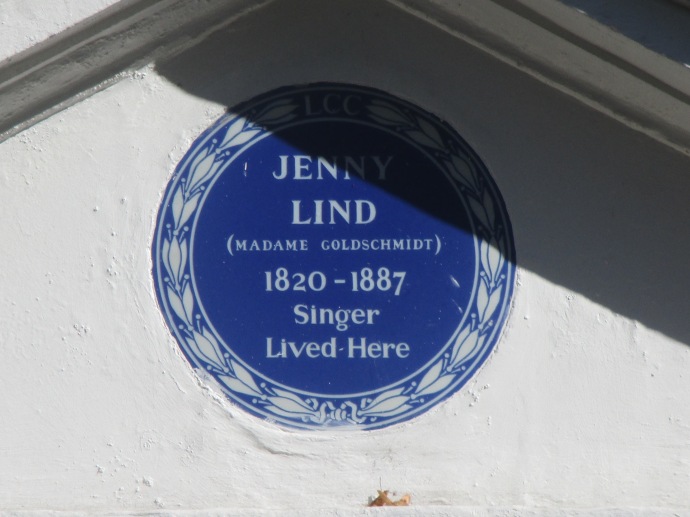 Jenny Lind was a Swedish opera singer nicknamed the “Swedish Nightingale”. The plaque marks her former home in South Kensington and was the first plaque erected, in 1909, that honoured a singer. Both Queen Victoria and Hans Christian Andersen were fans, and supposedly she was the inspiration for Andersen’s story “The Nightingale”. Whilst living in London she became the first Professor of Singing at the Royal College of Music.

This final plaque represents one person and one business. The first part of the plaque relates to the house where Chelsea China was manufactured. The Chelsea porcelain factory, established around 1745, is thought to be the first workshop to make porcelain in England. In 1769 the factory was bought by a Derby manufacturer and in 1784 the Chelsea premises was demolished and moulds, patterns and some staff transferred to Derby.

Tobias Smollett, also mentioned in the plaque, was a Scottish poet and author whose work influenced Charles Dickens.

You can find more plaques here.

Had a busy day in London today. I went down for the Inspiring Walt Disney: The Animation of French Decorative Arts exhibition @wallacemuseum which had some lovely items on display. No photography allowed there but you can take photos in the rest of the building (pic 1). Also took the chance to ride part of the new Elizabeth Line (pics 2 & 3) and have a walk around Regent's Park (pic 4).