At the junction of Queen and King Streets in Nottingham stands what began as the Prudential Building, though lately it’s seen a succession of restaurants fail to stick around and is currently vacant. Designed by Alfred Waterhouse it’s a stunning building in beautiful red brick, one of 27 such buildings Waterhouse designed for the Prudential Assurance Company throughout the UK.

It was built in the 1880s (the date of 1848 at the entrance refers to when Prudential itself was started), in the Flemish Renaissance Revival style with elaborate terracotta details. The figure below at the entrance represents Prudence, one of the cardinal virtues, and who has been the face of Prudential since it was founded.

You can’t really miss it when you’re in Nottingham city centre but it’s well worth a closer look to admire the details of the design. 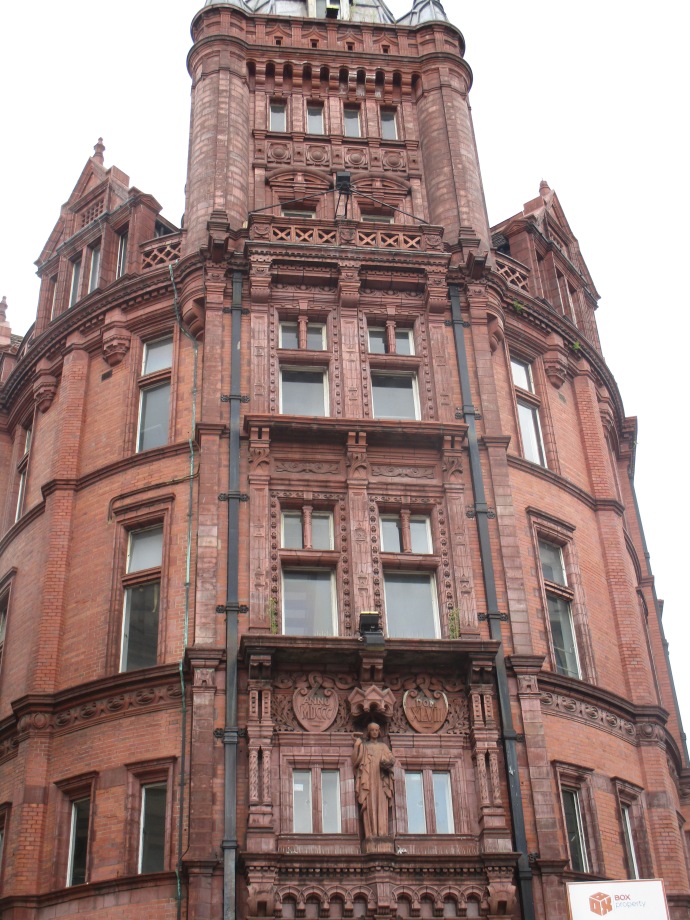 You can find a few more photos here.