Leighton House Museum  is the only purpose built studio house open to the public, being the home of Frederick Leighton, a Victorian artist. He had the house designed to his precise requirements as a place where he could work, house his collections of art and receive visitors, which included Queen Victoria.

To preserve the interiors photography isn’t allowed which is a shame although understandable. There are some postcards for sale which don’t do the place justice but I’ve found that the book about the history of the house for sale in the museum shop is excellent value for money.

Leighton brought the plot for the house in 1864 and the first phase was finished at the end of 1865. Leighton and his architect were to modify the house for over 30 years after this. The most stunning aspect and what had made me put the museum on the top of my to do list was the magnificent Arab Hall, part of an extension to the house built in 1872. 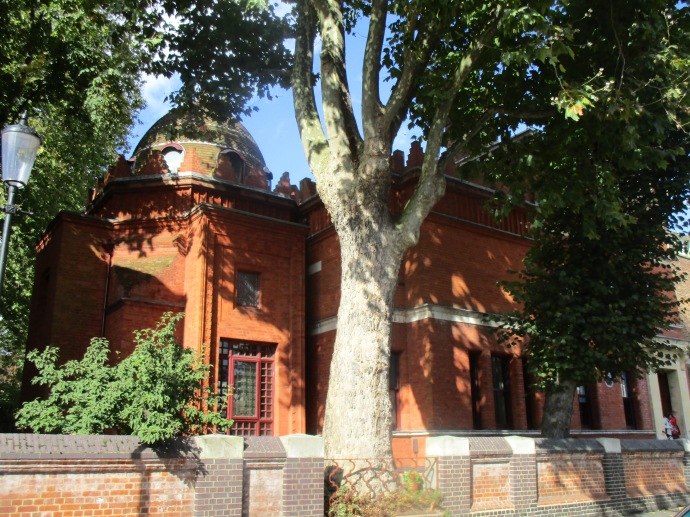 Leighton travelled extensively including to Turkey, Egypt and Syria where he began collecting pottery and textiles. But it was during a trip to Damascus in 1875 that he began collecting the tiles that were used to create the Arab Hall basing it on a 12th century Sicilio-Norman palace called La Zisa at Palermo in Sicily.

Words can’t really convey how wonderful it is to step into that part of the house, though you can get some idea of its beauty through the museum’s online tour here.

The rest of the house is perhaps a little sombre after the Arab Hall, but fascinating nonetheless with some of Leighton’s artwork on display and other beautifully formulated rooms. He never married and the house was always intended to be a work space with a bedroom. When he died his two sisters sold much of the contents of the house in order to raise the funds to turn it into a museum which took some time to happen. He is buried in St Paul’s Cathedral.

At £7 (National Trust members like myself gets 50% off) it is a reasonable museum to look around and the Arab Hall  is definitely worth the price of admission.

You can see a few more photos here.