Provand’s Lordship was built in 1471 and is one of Glasgow’s few surviving medieval buildings located not far from the Cathedral. It was built by Andrew Muirhead, the Bishop of Glasgow, as part of the then St Nicholas’ Hospital. 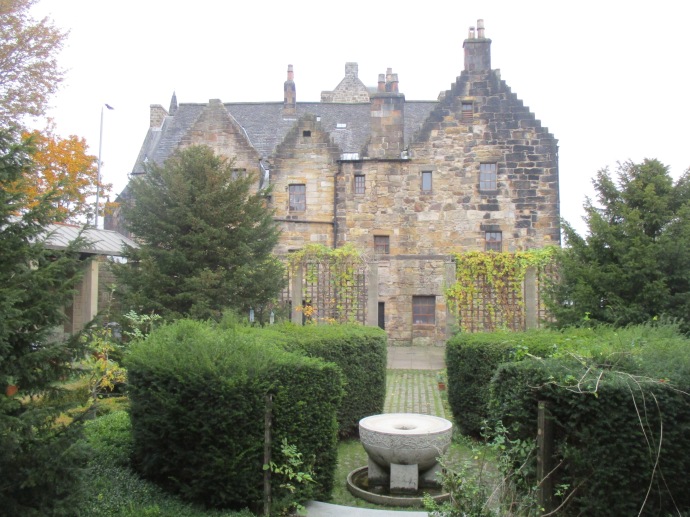 Probably built for the Master of the hospital, by the 1600s it had became a private home. From the 1700s to early 1900s it was used as an inn and by 1906 the Morton Family were using it as a sweet shop and sweet factory. 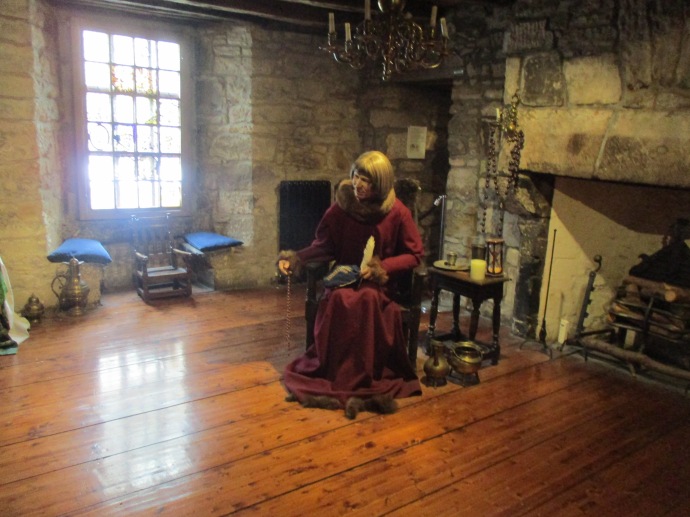 It was around this time that the Provand’s Lordship Society was founded to preserve the building – one of its members was the architect Charles Rennie Mackintosh. One of the things that the Society did was buy up furniture dating from the 1600s to put in the house, mainly of Scottish origin. 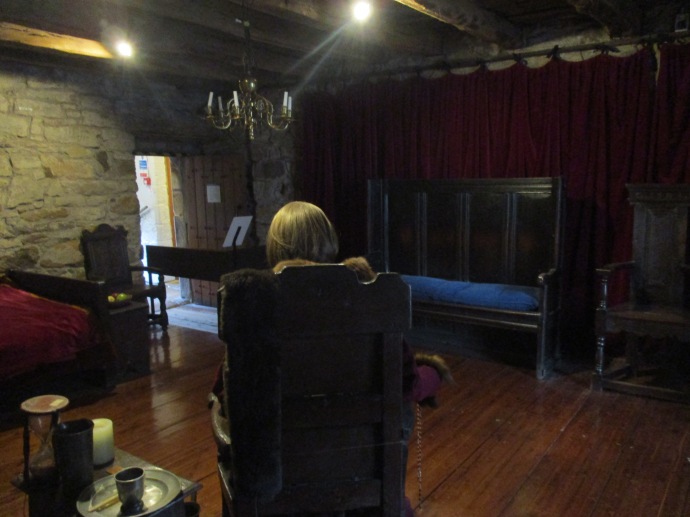 It was opened to the public in 1983 and has free entry. As ever I was interested by the stained glass windows which were purchased by the Society and made in the 17th century. 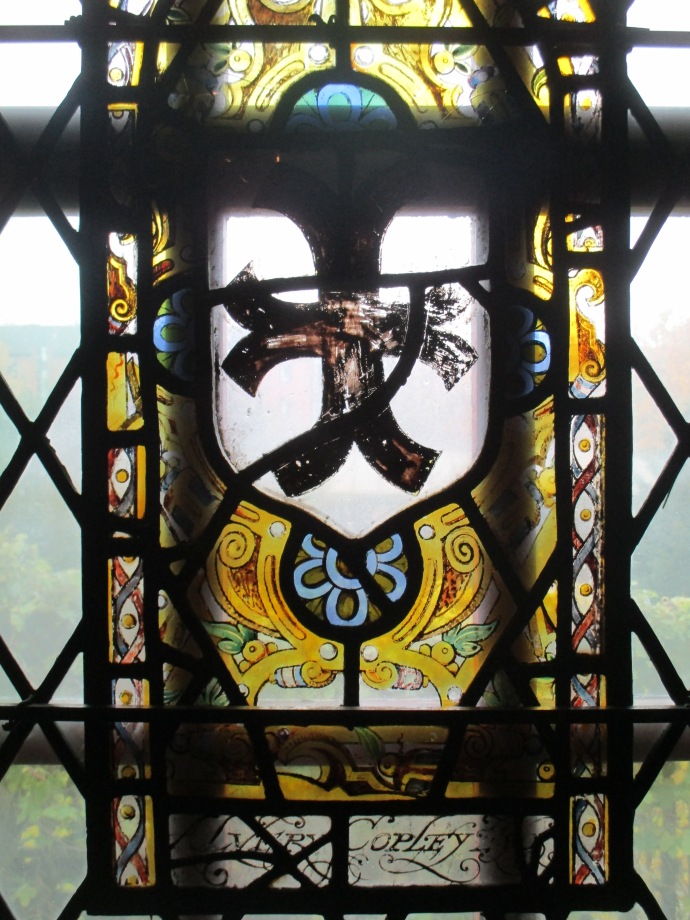 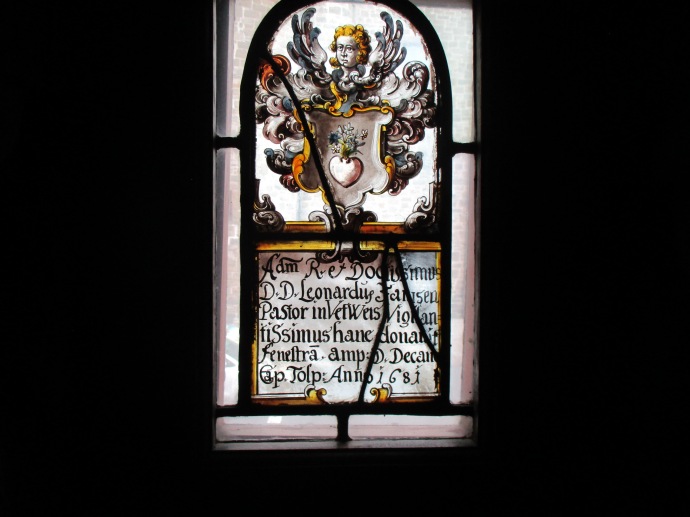 Outside is the lovely St Nicholas Garden which you don’t need to go through the house to access. Designed in 1995 it celebrates herbal medicine and Glasgow’s history. In the garden are ten herb beds in front of which are ten carved stones depicting different parts of the body. 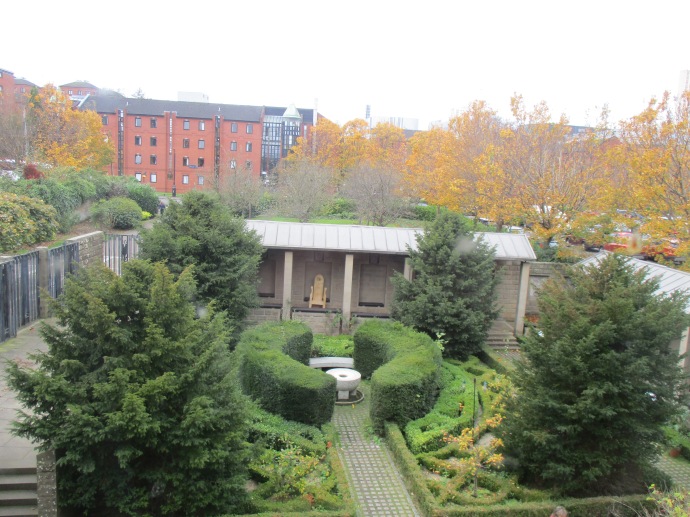 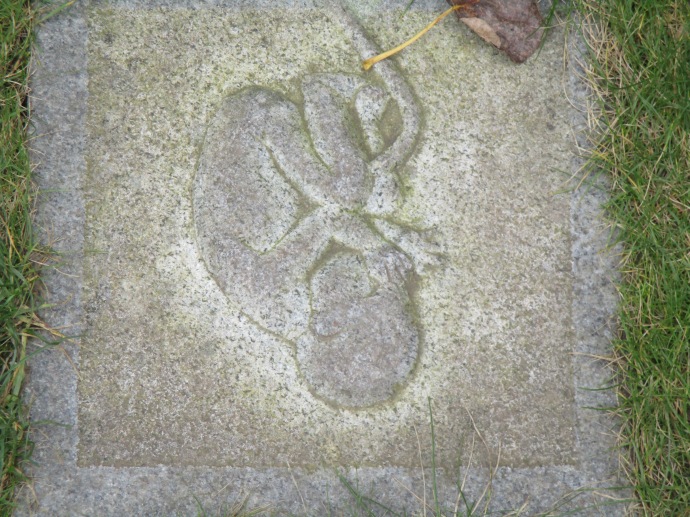 It’s a very interesting place to visit. You can find more photos here.