St Stephen Walbrook is another church I visited whilst down in London for Open House last year. It’s the third church building on the site, the first was founded in Saxon times, the second was destroyed by the Great Fire of London in 1666 and the third was designed by Christopher Wren in 1672. 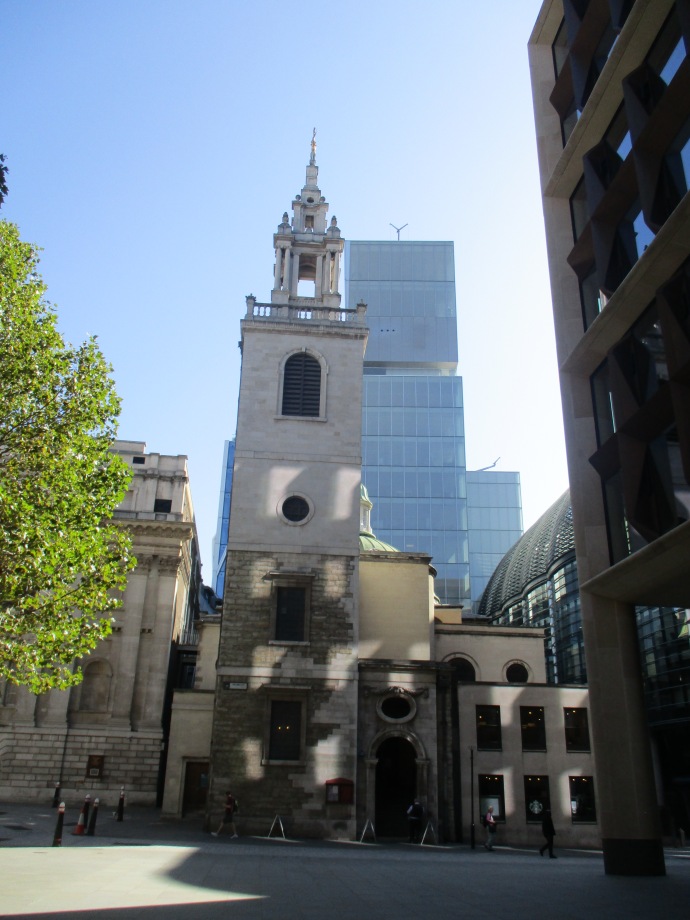 It doesn’t look much from the outside but the interior is beautiful and reminiscent of St Paul’s Cathedral – no surprise as it was at St Stephen Walbrook that Wren tried out many of the design ideas he would later implement to such impressive effect at the Cathedral.

The current building has survived its fair share of damage with an incendiary bomb during the Second World War falling through the dome and destroying the wooden seating and a landmine exploding close enough to blow out the glass windows.

The internal arrangements of the church were changed to the current very interesting layout with a specially commissioned and central altar under the dome though at the time it was considered a controversial move – it was finally completed in 1987.

It is also worth noting that one of the rectors of St Stephen Walbrook, Chad Varah, founded and developed the Samaritans here.

It’s really a beautiful church and if you’re a Christopher Wren fan a definite must stop. You can find some more photos here.