I’d never really spent a lot of time at Birmingham Museum and Art Gallery so I decided to rectify that one day last year. The BMAG first opened in 1885 and is a large Grade II* listed building that was a little hard to appreciate on my visit as construction work was going on all around it (the below photo was taken some years previously).

The BMAG has free entry and there was more than enough to keep me occupied in the over 40 galleries – I didn’t venture into the paid exhibition spaces during my visit. As there’s so much to see I’ll mention just a few of my favourite things which included the architecture of the building itself. The Industrial Gallery for example still has the original gas lights and money from Birmingham’s publicly owned gas company helped to fund the museum.

The other part of the museum that stands out is the Edwardian Tearooms where I had a very nice lunch – you can get the best views from above by going via the top floor of the Industrial Gallery. 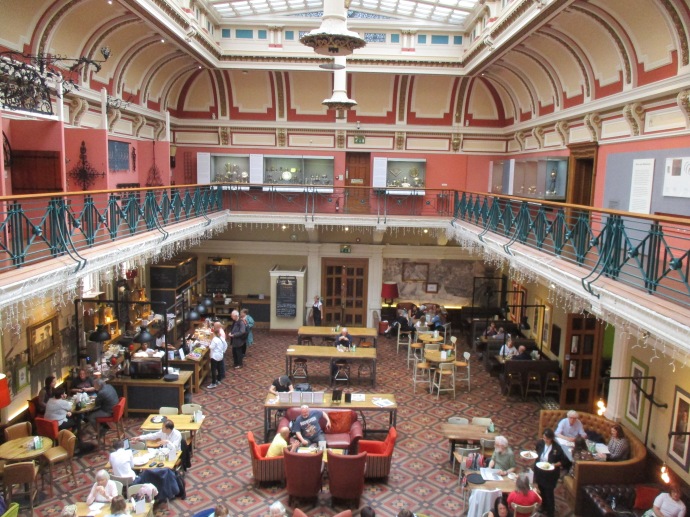 Of the museum itself one of the highlights has to be the Staffordshire Hoard, the largest hoard of Anglo-Saxon gold ever found. I’ve seen bits and pieces from the hoard on display at other museums but seeing so many items on display together really brought home how significant a find this was. 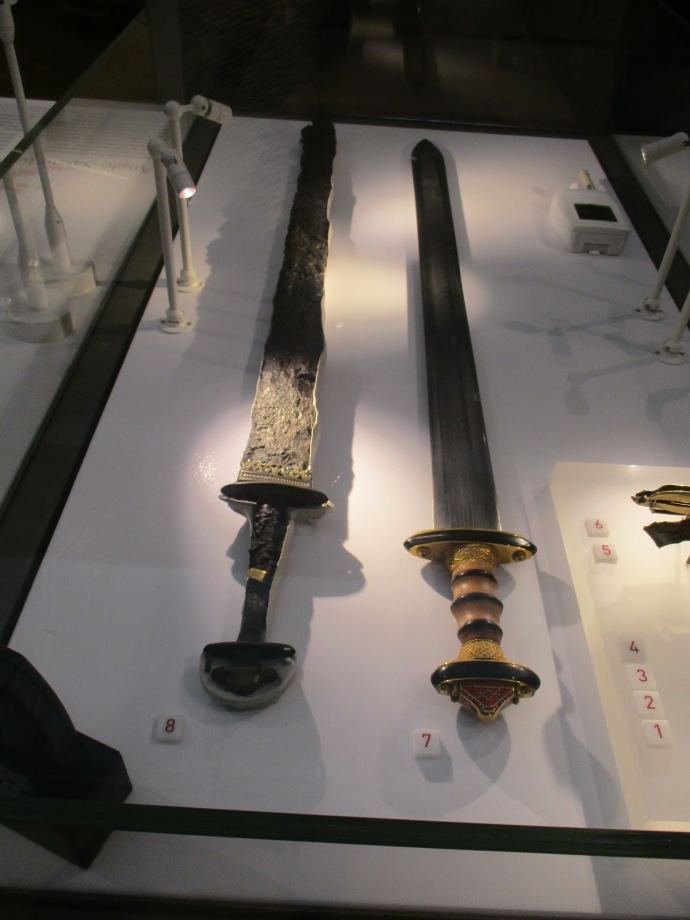 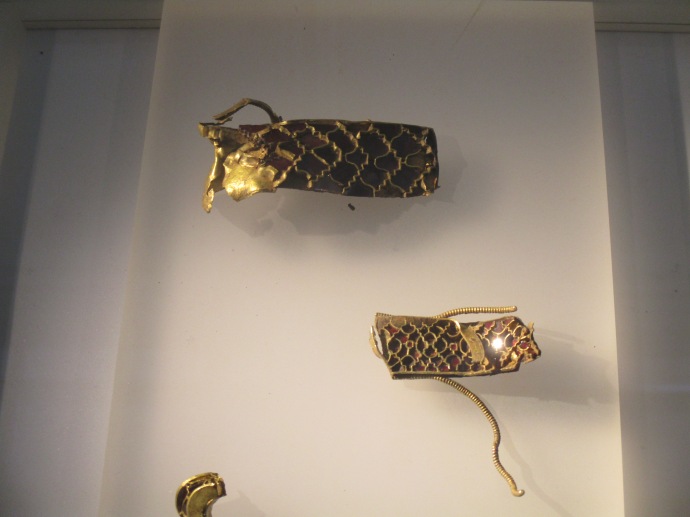 There are also some beautiful stained glass windows including this one which is probably my favourite.

I was also very impressed by the Birmingham History Gallery which traces the history of Birmingham from the medieval to the present.

And it was also the site of a notable moment during the suffragette movement, as denoted by the plaque below in the lovely Round Room gallery area.

There’s lots more to see here including Ancient Egyptian artefacts and one of the best Pre-Raphaelite Galleries in the world. It certainly took me most of the day to explore. You can find more photos here.