The Royal Academy of Arts, London

The Royal Academy of Arts is based in Burlington House, a 17th century mansion. Construction began in 1664; the plot of land had been given to Sir John Denham, Charles II’s Surveyor of the Office of Works, as thanks for his loyalty to the King. Renovations to the exterior and interior took place over the years with the third Earl of Burlington in particular inspired by Italian architecture.

It’s an impressive building certainly, larger than I’d expected, with space enough in the courtyard for this artwork when I was there. Named the Transitional Object (PsychoBarn) it was originally commissioned in 2016 by the Metropolitan Museum of Art in New York and is modelled on the house in Psycho.

There are also statues around the front entrance as well as the statue of Joshua Reynolds, the first President of the Royal Academy. 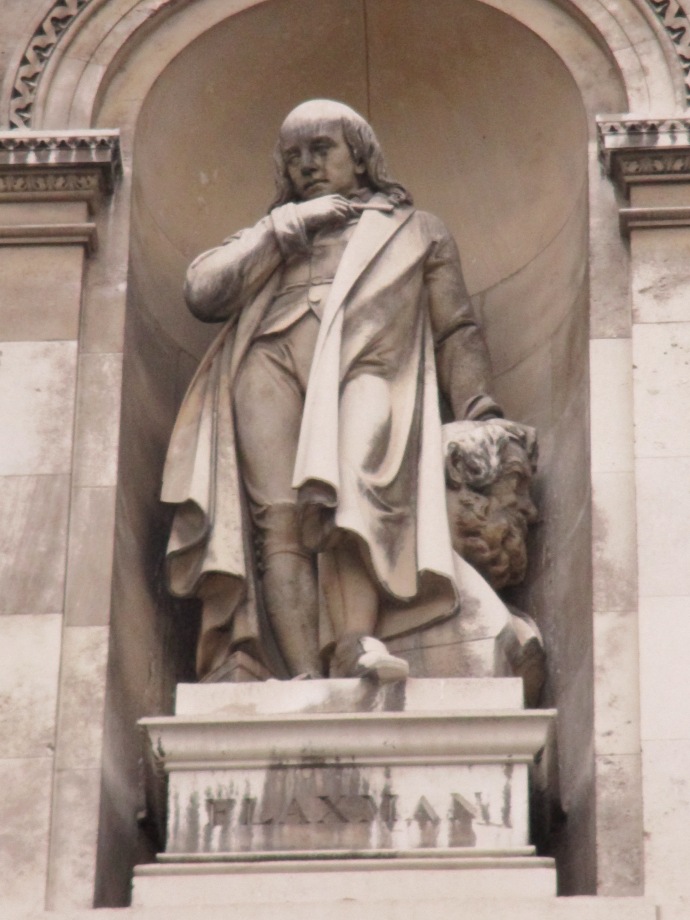 The interior is beautiful in of itself, 24-carat leaf featuring heavily. The Royal Academy was formed in 1768 after a group of 36 architects and artists petitioned George III to establish a society for promoting the arts of design. Of the 36 members two were women – Mary Moser and Angelica Kauffman. The next woman elected to be an Academician however was Laura Knight in 1936. 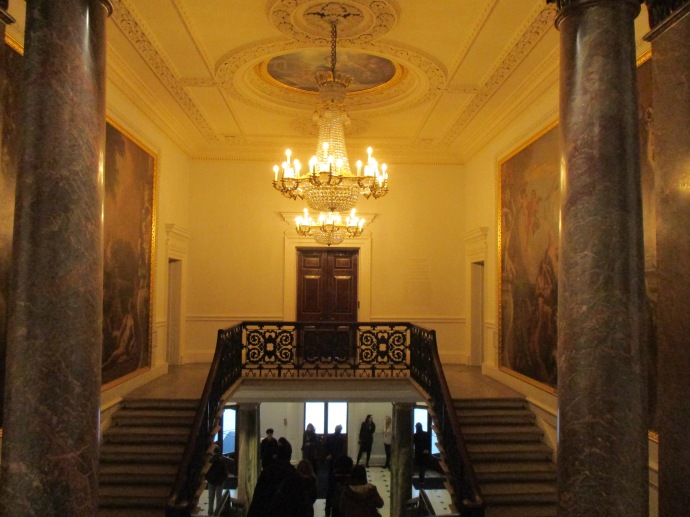 It has been based at Burlington House since 1867 and has some fascinating free art displays including a 16th century copy of The Last Supper. Well worth a visit you can see some more photos here.