York Minster is the largest Gothic cathedral in Northern Europe and more than half of Europe’s medieval stained glass is in its windows. The first church on the site dates from around 627 but the present building dates from around 1220. 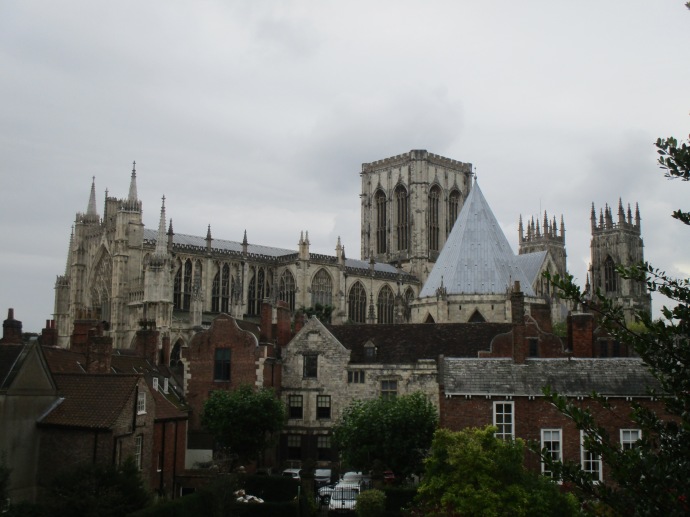 The first thing I did when I arrived was get a ticket for the tower trip and as luck would have it one was just about to start when I arrived – tickets are timed for entrance as you go up in small groups. There are 275 steps to climb to the top in a very narrow space and they are not for the faint of heart, indeed you have to agree to the Health and Safety restrictions before you can purchase a ticket. Going early in the morning and doing the tower trip before going around the Minster was definitely a good decision – I’ve climbed taller towers before but there’s something about the narrowness and the fact that it’s really impossible to catch your breath until about halfway that means I was very grateful there are benches to sit down on provided at the top. Also worth bearing in mind that it was a cool day in October when I made the trip and I got very hot – taking water with you would be a good idea.

That being said it is totally worth it for the views of York, the central tower being the highest point in the city. It also allows for a closer look at the Minster itself. 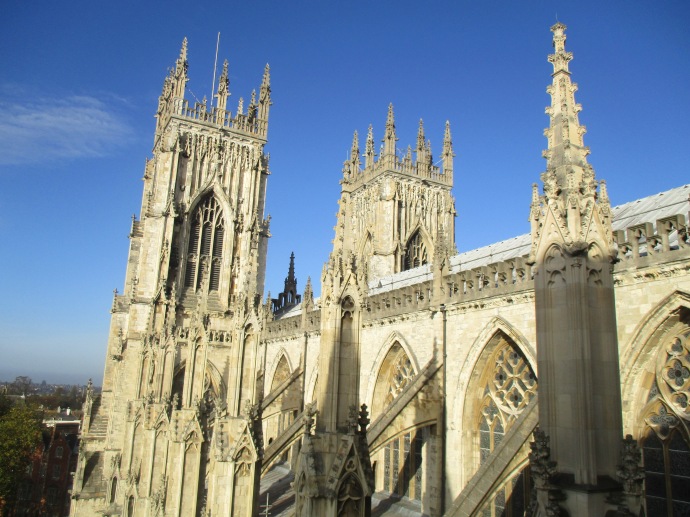 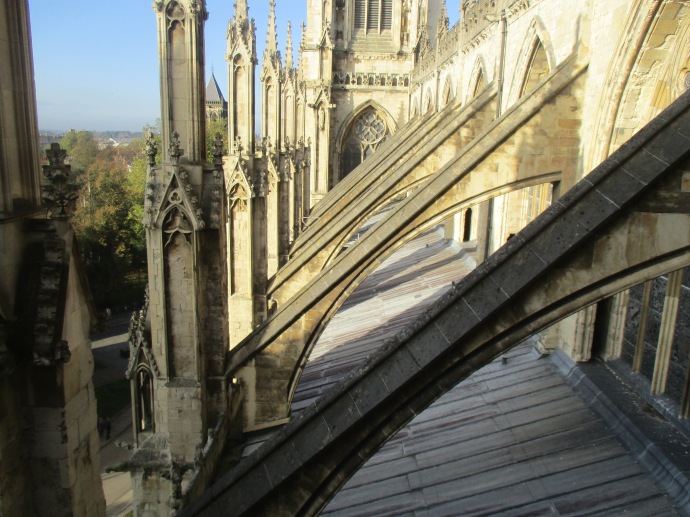 After that I moved down to the Undercroft – a space that was created during emergency excavations between 1967 and 1972 to save the central tower from collapse. It wasn’t until 2012 however when archaeologists began researching the Undercroft area that they found many interesting artefacts that are now on display, including the remains of a Roman road.

Unfortunately there are extensive renovations being done on the stained glass windows so a lot were covered up by scaffolding on my visit but there were still some nice examples to be found.

Another highlight is the Chapter House which was started in the 1260s and which has one of the earliest examples of a vaulted roof – it really is very impressive in person. King Edward I’s parliament sat in the Chapter House and it is used today for meetings of the College of Canons. Do pay attention to the carvings around the walls – as a guide informed me the sculptor was given carte blanche to create pretty much whatever they wanted. 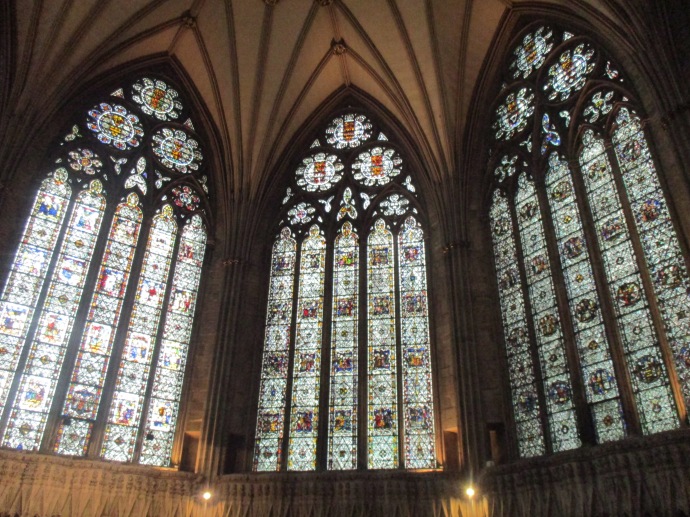 There are lots of impressive monuments in the Minster such as The King’s Screen which was designed around 1420 and depicts English kings from William the Conqueror to Henry VI. 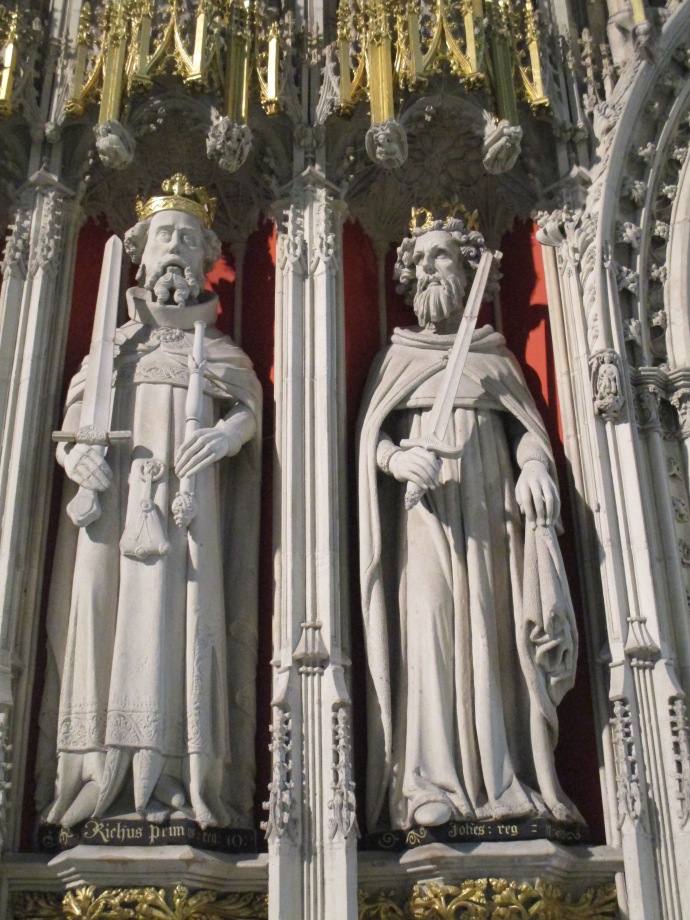 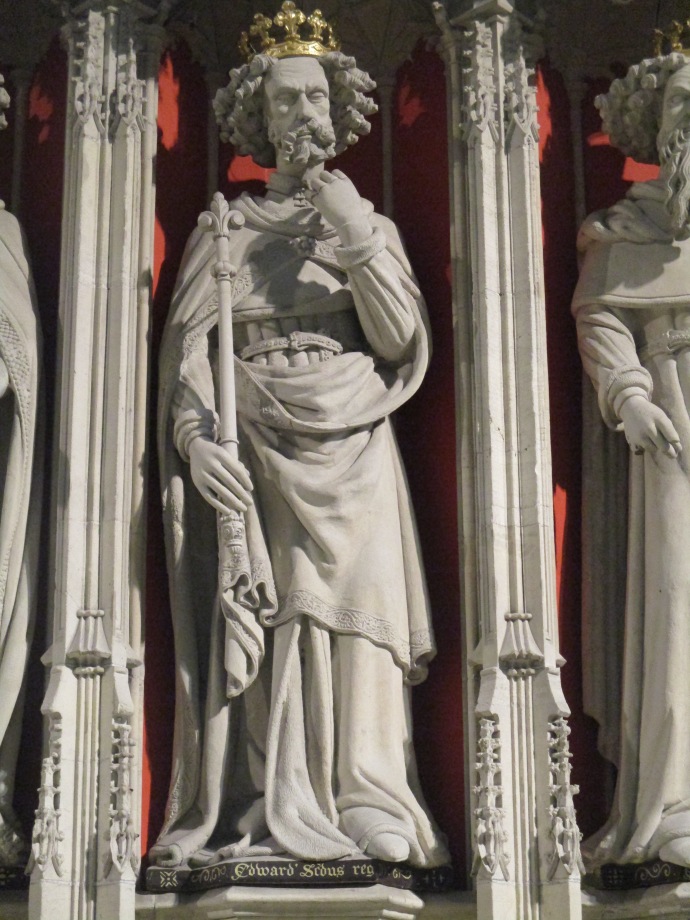 And one of the other highlights has to be the ceilings, especially that of the nave which took around 60 years to complete. 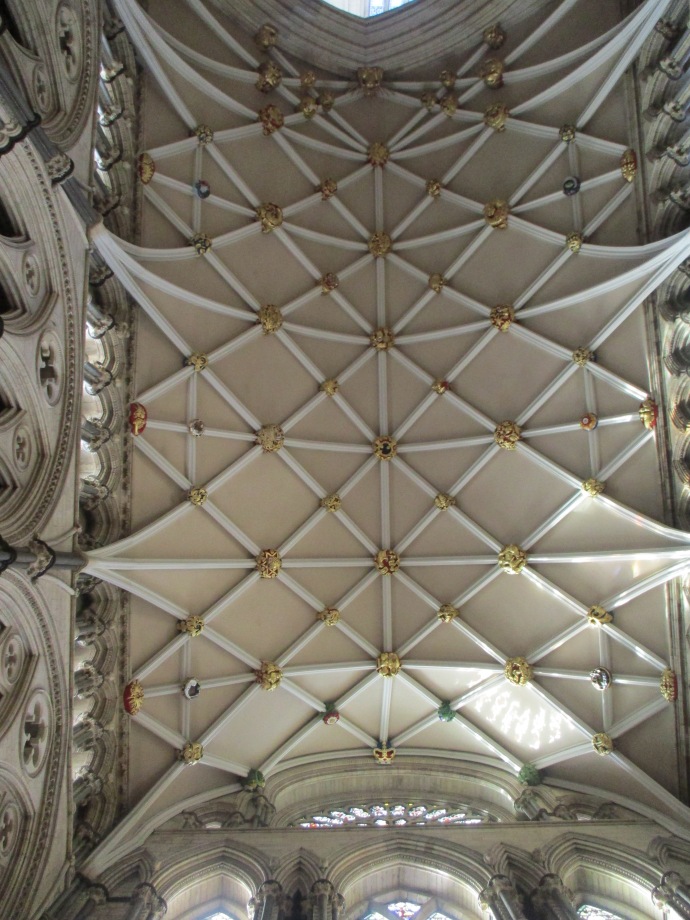 A must see on a visit to York, you can find more photos here.