Clifford’s Tower is an English Heritage property in York, all that now remains of York Castle. William the Conqueror was the first to build a castle here, around 1068, on the site where Clifford Tower now stands. Danish invaders burnt it down in 1069 and the present stone tower was constructed in around 1245 by Henry III. 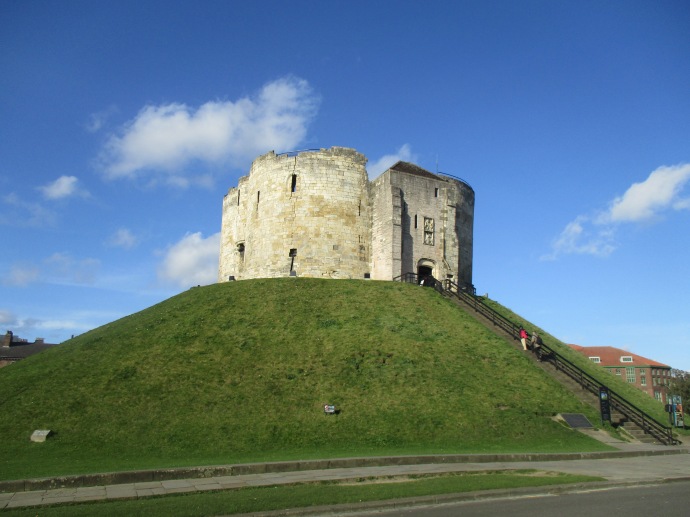 At the entrance is a plaque remembering the 150 members of the Jewish community who died in 1190 in the previous wooden tower. Taking refuge from a mob they chose to commit suicide rather than renounce their faith, the tower was set on fire and any survivors killed by the mob. 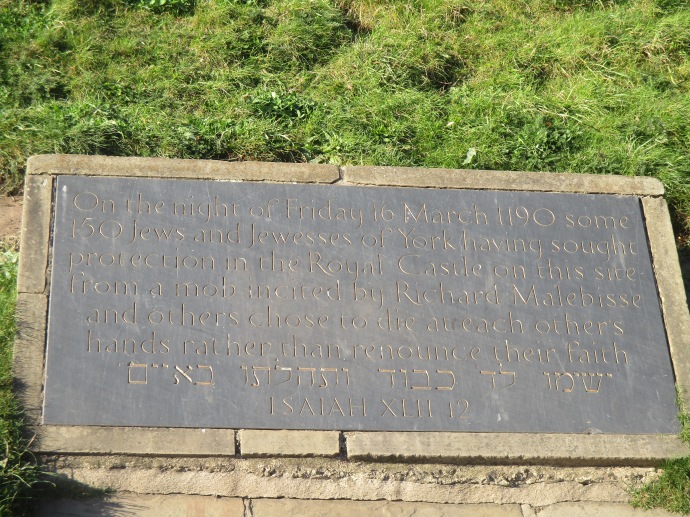 The tower was destroyed by an explosion – the exact cause unknown, in 1684, leaving the interiors of the tower as they are today. 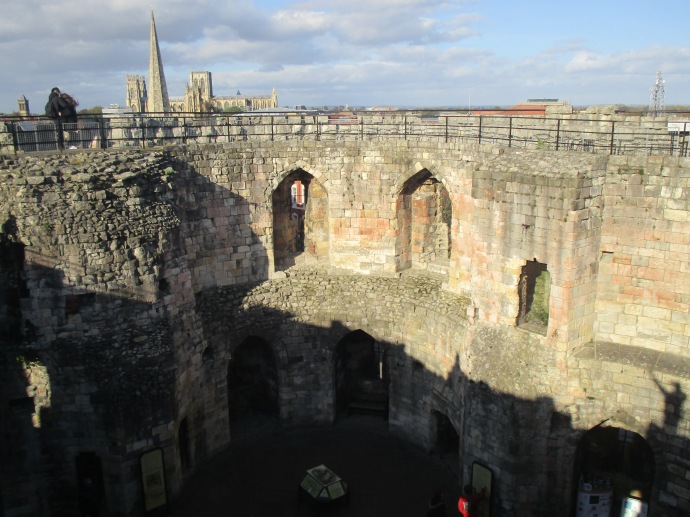 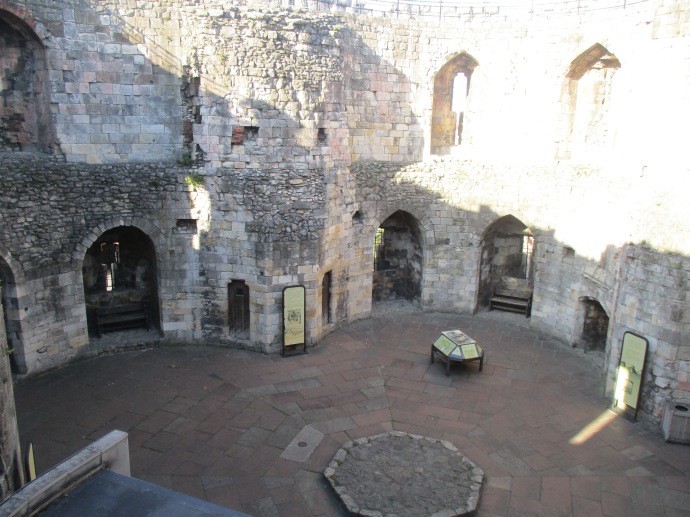 A good model inside lets you see how the tower and surroundings would have looked originally. 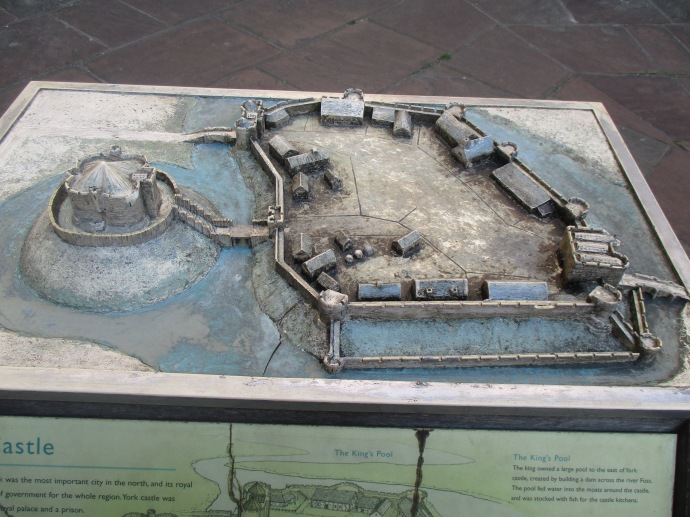 The best part of the tower though is the climb to the top and the walk along the wall, giving you some fantastic views of the city and especially of York Minster and York Castle Museum. 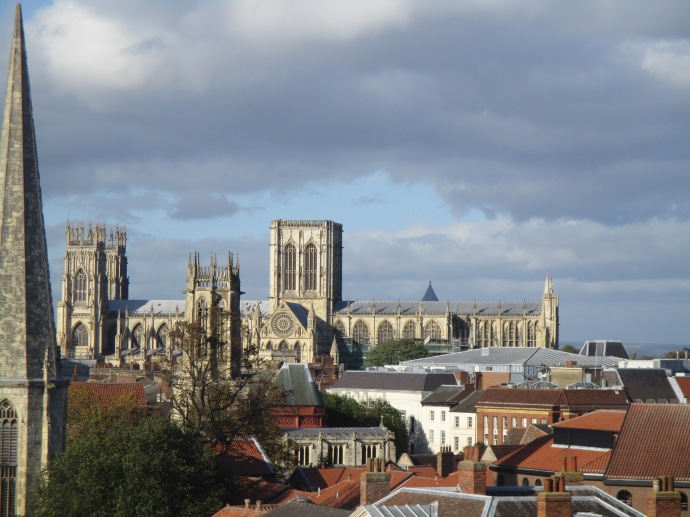 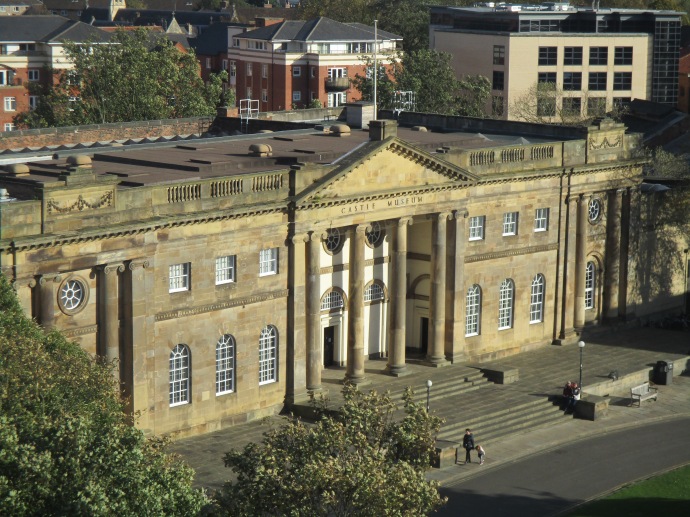 The Tower was mainly used as a treasury, for storage and as a prison. Some of those imprisoned there include Robert Aske, who protested again Henry VIII’s dissolution of the monasteries and may have been hanged in chains from the tower walls and the highwayman Dick Turpin who was to be executed elsewhere in York. 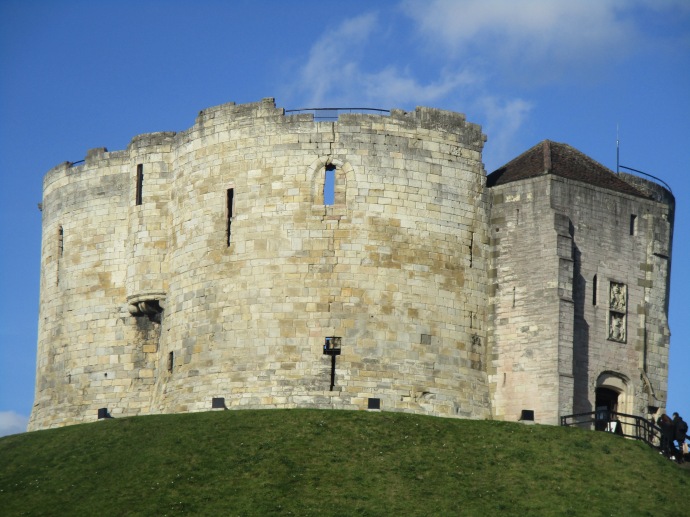 This was my first stop in York and I’d definitely recommend it as a way of getting your bearings in the city and a starting place to understand York’s fascinating history.