As the name suggests this particular branch of Lloyd’s Bank is on Fleet Street, opposite the Royal Courts of Justice. It caught my eye as I was taking photos of the courts because of the sumptuously designed entrance way, so I took a detour to explore the building further.

It turned out to have an interesting history. From 1612 it was the site of the Palsgrave Tavern, one of Ben Jonson’s favourites, which was demolished in 1883 to make room for the Royal Courts of Justice Restaurant. When that failed the Palsgrave Restaurant was opened, only to itself fail and the building was left unoccupied until Lloyd’s Bank took it over in 1895. I particularly liked the flying fish fountains and they weren’t just decorative – originally the would have been supplied with fresh water from a well sunk below the Strand! 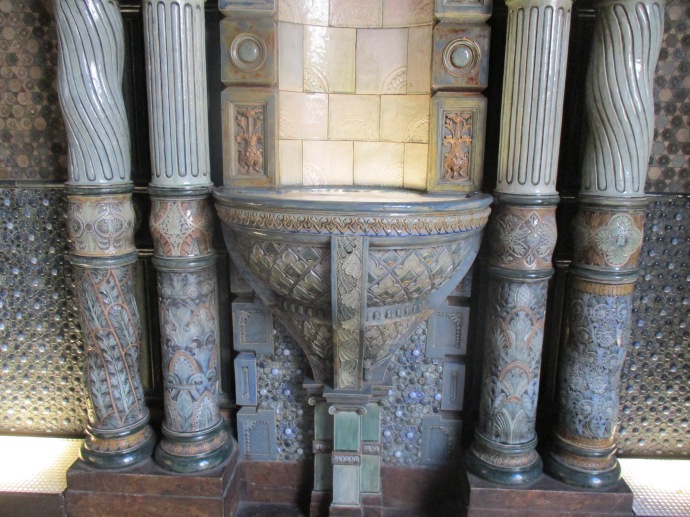 It is the original restaurant interior that survives here, the hand-painted Doulton the masterpiece of the thing, and it is really incredible that they have survived this long exposed to the elements. The area inside features scenes from some of Ben Jonson’s plays. 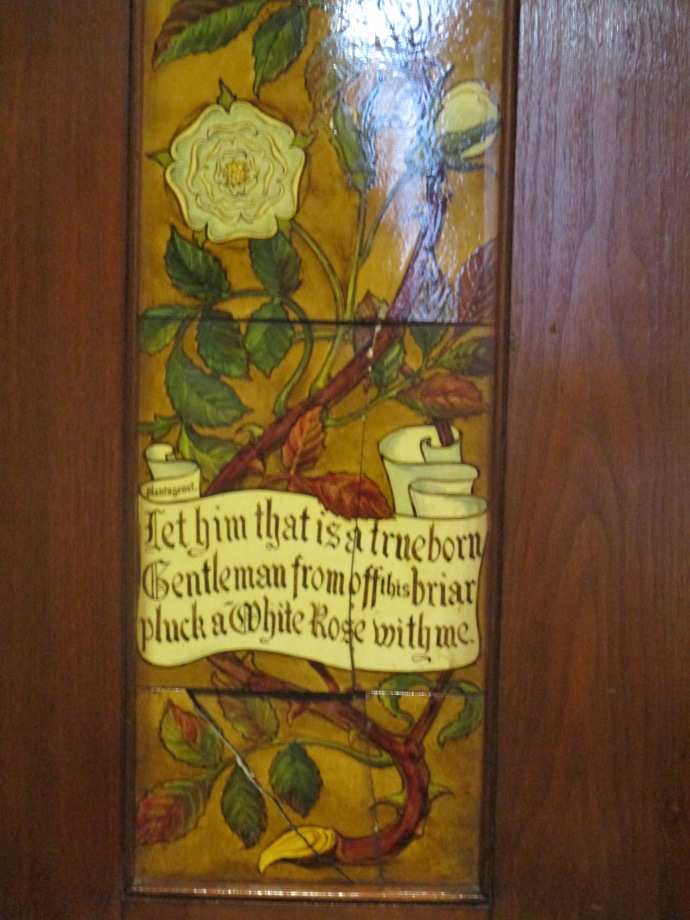 Mindful of people using the cash machines as I took photos I was pleasantly surprised to see that there were no restrictions to going into the building – though I didn’t go into the area where the cashiers are and stayed in the entrance and lobby areas, which looked far prettier! 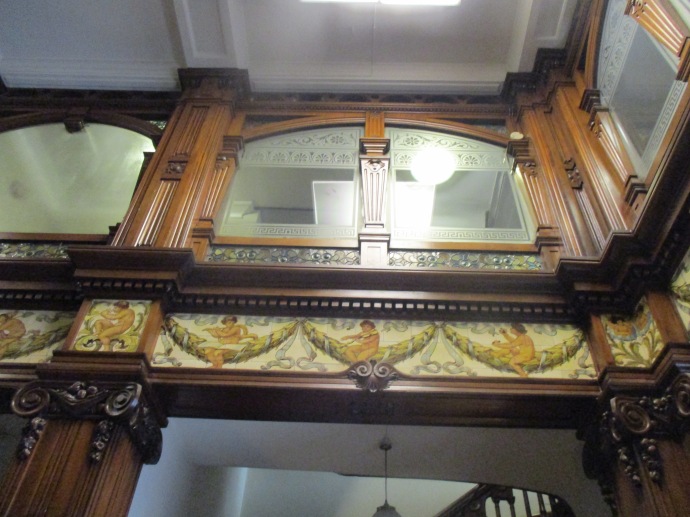 The outside was just as impressive, both the entrance way 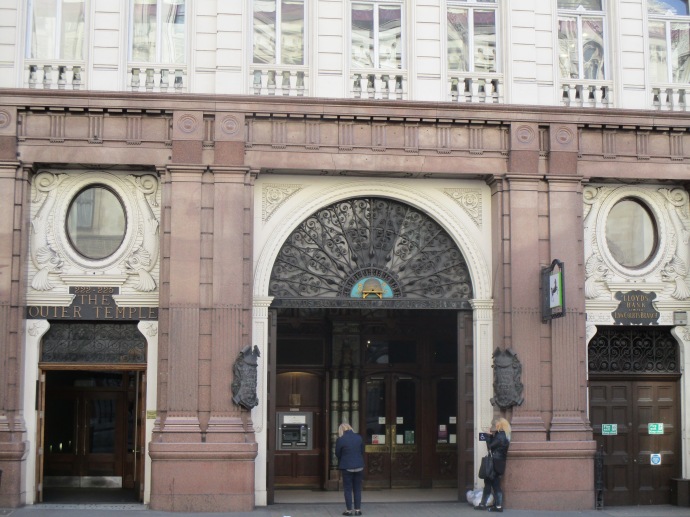 and this large statue above, which I’m afraid I have no idea what this is supposed to be depicting.

If you happen to be in Fleet Street I would strongly recommend having a look at this beautiful building – definitely one of my favourite random places I’ve encountered on my travels.