Whilst visiting a friend in Worcester we came across the open door of St Swithun’s Church. Not always open to the public we decided to have an explore of what is a Grade I listed Anglican Church, one of the earliest Georgian churches in England.

There has probably been a church on the site since the 12th century, with the tower dating from around the 15th century. The rest of the church however was rebuilt between 1734-1736 by the architect brothers Thomas and Edward Woodward.

The interior was nice and bright, all the windows featuring plain glass except for one example, below, which was installed in the mid-19th century. 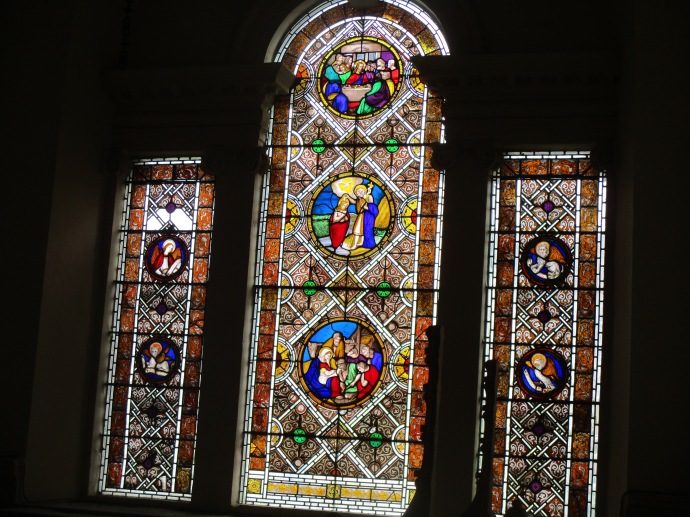 The organ, which you can see below, is Grade I listed made in 1795 by William and Robert Gray and restored in 2009-2010. The Gray brothers were important eighteenth century organ builders and, as very few church organs from that time survive intact, an important piece of history.

The most striking object you see on entering the church however has to be the three-decker pulpit, a type that I’d never seen before. The gold statue at the top features a pelican feeding its young with a serpent below, meant to represent the church resisting Satan.

The church is nestled close to the other buildings around it; this was also the case when it was first built in what was the main commercial area of the city and as such the parishioners would have been the highest members of society. It also didn’t have a graveyard and so bodies were buried in vaults under the floor – complaints about the smell were a common problem. 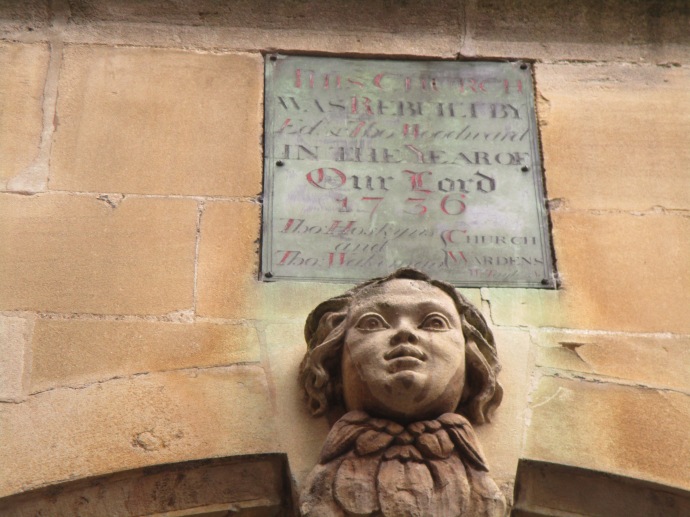 It’s an unusual building and worth a quick explore if you’re passing on one of the days it’s open. You can find some more photos here.