Soho Square was built in the 1670s when it was called King Square after Charles II, and a statue of him can still be found there. It’s possibly the earliest square in London to be built around a purposely laid out enclosed garden. It used to be a very fashionable residential area. 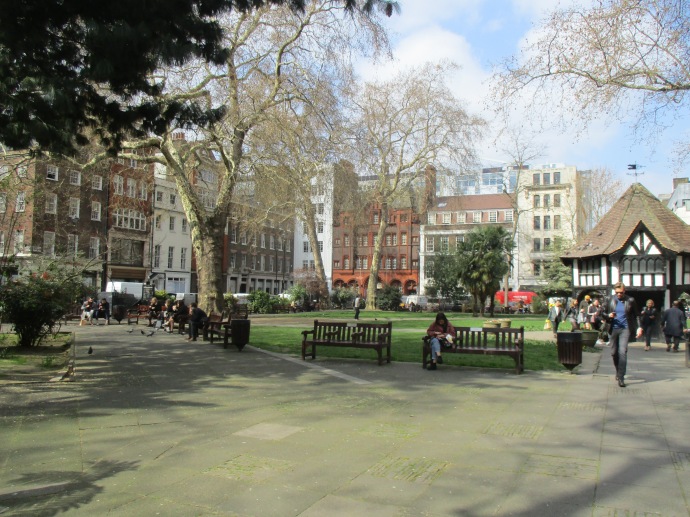 The half-timbered building to the right of the above picture may look Tudor but it was actually built in 1925 though a hut had been there since the 1890s and it is now used to keep gardening supplies. Originally it was a disguise for the entrance to an electricity substation. During the Second World an air raid shelter able to take in around 200 people was built under the park. 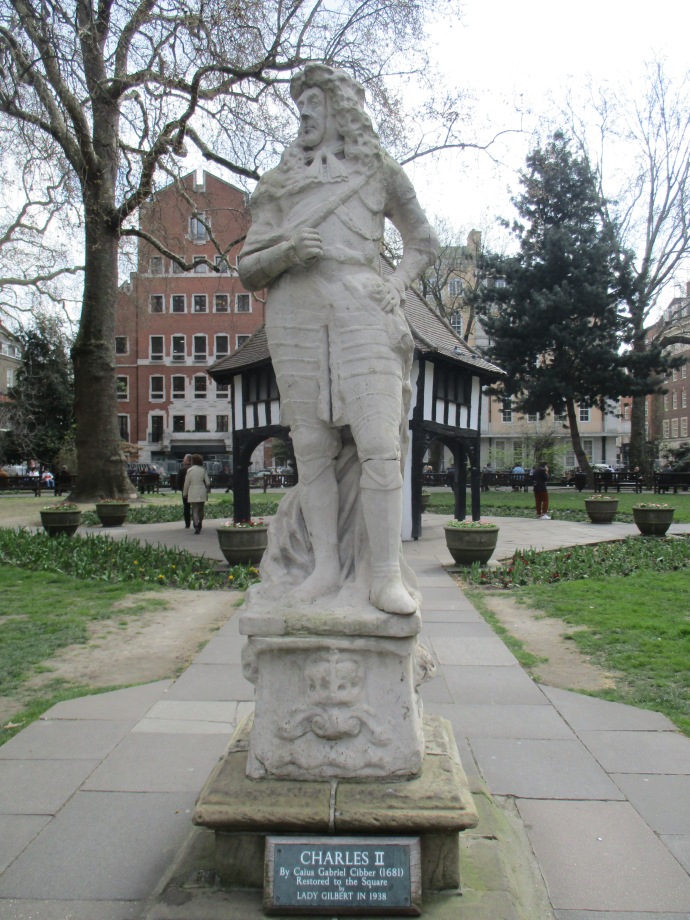 It’s a lovely space for a relax just off Oxford Circus though it can get busy in nice weather.