Last Sunday I went on the inaugural Watson Fothergill Walking Tour organised by Lucy Brouwer (@notrock on Twitter). Regular readers will know how much I love Fothergill’s architecture and this was a good opportunity to learn a bit more and also meet other Fothergill enthusiasts. The tour was great, with a good balance of information about the individual buildings and Fothergill himself. I’ve spent a fair bit of time photographing his buildings but not doing any real further research into their original uses so it was good to get an overview of that in the context of Victorian Nottingham. We started off at the site of what was the Black Boy Hotel (now Primark) before moving on to the old Jessops shop and workrooms (always difficult to photograph!). 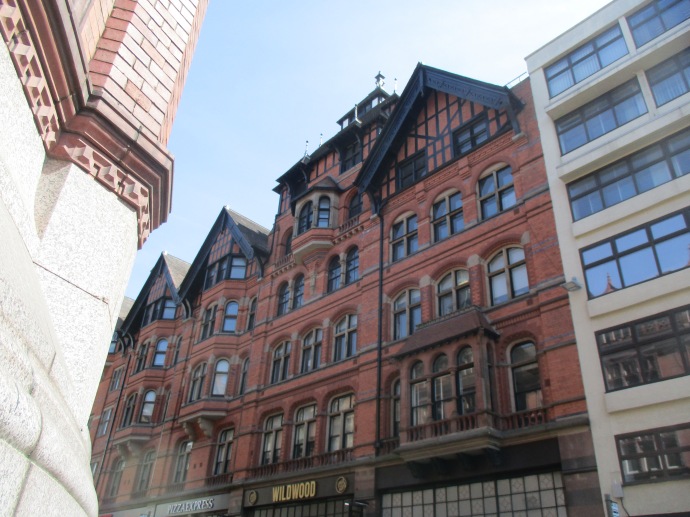 I didn’t take a lot of photos on the tour which took us around such notable buildings as Queens Chambers, The Rose of England and Nottingham and Notts Bank but I did make sure to take photos of Milbie House, a warehouse on Pilcher Gate which I had somehow failed to notice till now was one of Fothergill’s, even with the telltale date. 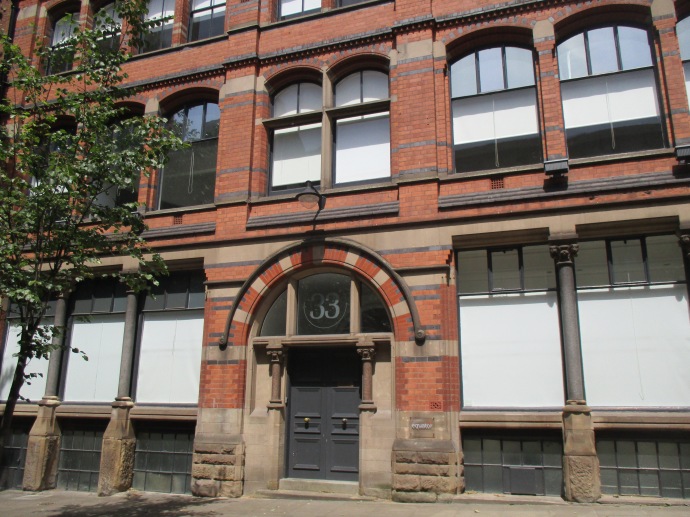 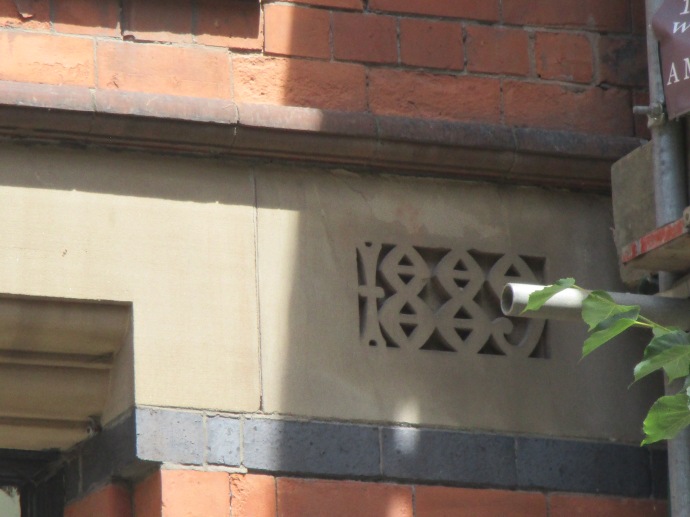 We ended the tour after about two hours at Fothergill’s, the pub based in the houses, shops and carriage house Fothergill designed in 1883 which gave us a good excuse for a refreshing drink after walking around on what was a beautiful sunny day.

Lucy was a great guide and hopefully this was just the first of many such tours. [Note: I received a free ticket].

You can find more of my photos of Watson Fothergill’s buildings here.