I visited Derby Museum and Art Gallery on the recommendation of a friend and it was just as good as she had suggested. Established in 1879, with the art gallery opening in 1882, it resides now in a wing of the main building that dates from 1964, but which is shared with Derby Central Library (a post on the exterior of that will follow – it really is an impressive looking building). 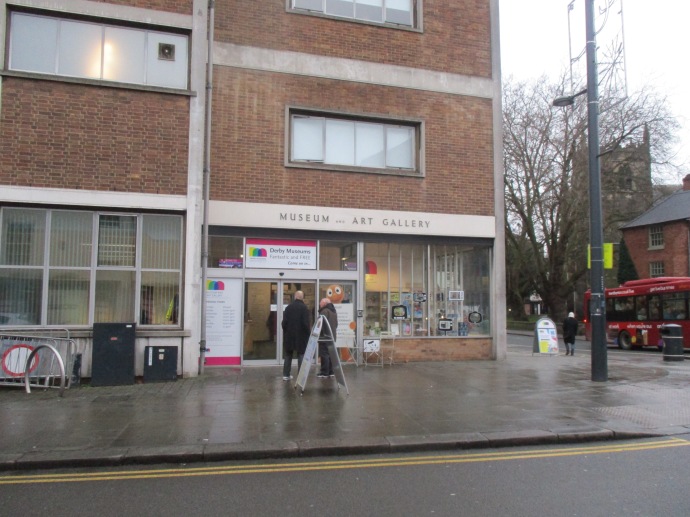 There are many interesting sections in the museum, though we were unable to access the art gallery as a party of school children were using the space at the time. I was however particularly impressed by the Egyptian mummies which were given to the museum by a former mayor of Derby and have been on display since 1879. They date from 650BC-250BC. 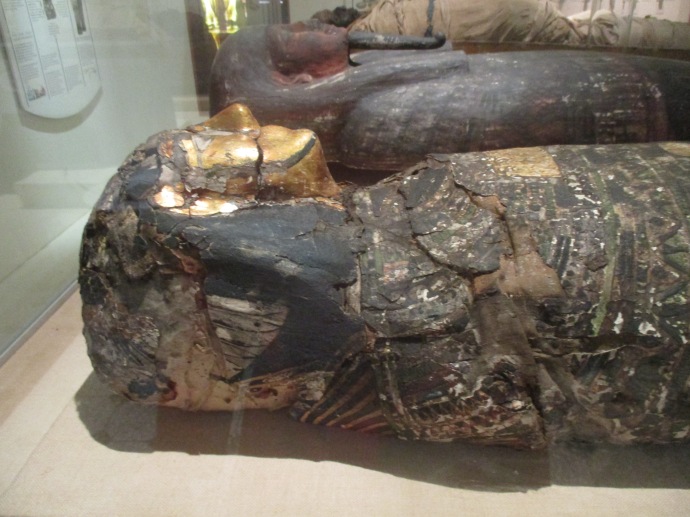 Another interesting exhibition is on the archaeological discoveries made in Derbyshire, including this Bronze Age longboat made from a single tree trunk and this wooden figure of an old man carrying a sack which dates from about 1400.

One area that we particularly enjoyed though was the temporary exhibition on the story of children’s television from 1946 to today. There were lots of old favourites as well as newer characters explored and what we liked most was how many of the puppets and models were the originals. A few of our favourites are below. 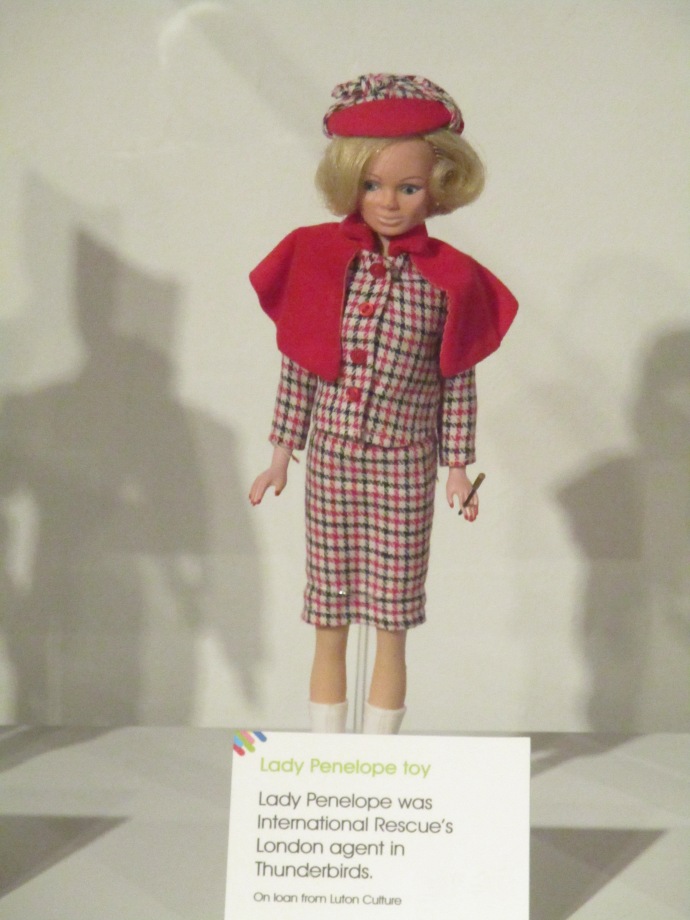 The Bonnie Prince Charlie gallery proved to be an interesting highlight as none of us had realised that he had made it as far as Derby in his attempt to take the English throne. In fact this room contains the original panelling from the room at Exeter House where he decided to retreat back to Scotland in 1745. The lighting was understandably quite dark to preserve the interior so here is some examples of coins that have celebrated the Jacobite cause over the years.

It’s a surprisingly large museum and gallery and well worth a visit. Entry is free. You can find more photos here.