The Malt Cross in Nottingham city centre has been on my list of places to visit for a while and finally one day in early December (!) a friend and I went on one of their regular heritage tours. Built in 1877 it is one of only a few Victorian Music Halls still standing. 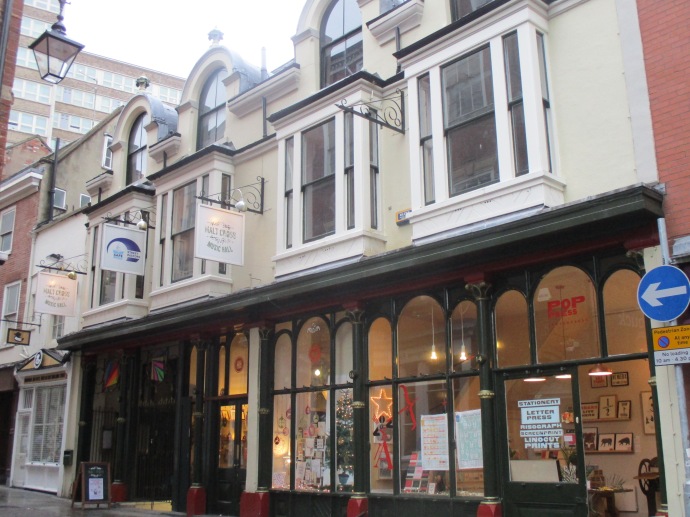 The music hall is named after the former site of the Malt Cross monument which was slightly further down the road. It was a stone monument which was a trading post for malt products used in brewing and became a place for the people of Nottingham to gather and voice their political opinions. Naturally the Council decided to put a stop to this and the monument was demolished in 1804. The music hall, then a pub called The Roebuck, decided to rename themselves as the Malt Cross – becoming a replacement gathering place. The site of the Malt Cross monument is marked by this plaque on Yates’ Pub off Long Row. 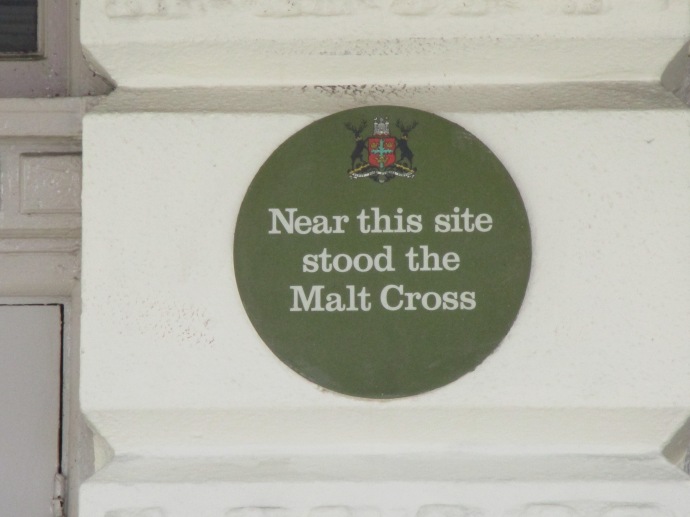 The tour starts off inside the main bar area, which at the time of our visit was all decked out for Christmas, and up the stairs to the first floor where we were given a very interesting overview of the buildings and history and about the people who would have performed there. 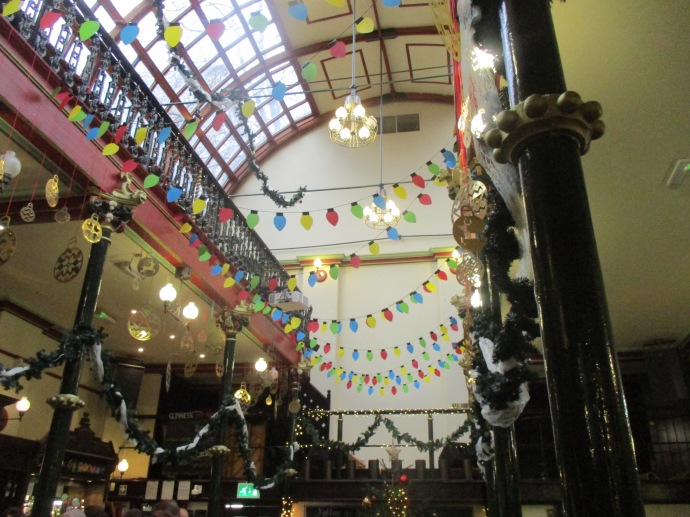 Charles Weldon had the Malt Cross built in 1877. The architect was an Edwin Hill whose one remarkable achievement seems to have been the arched roof of the building made of laminated timber. 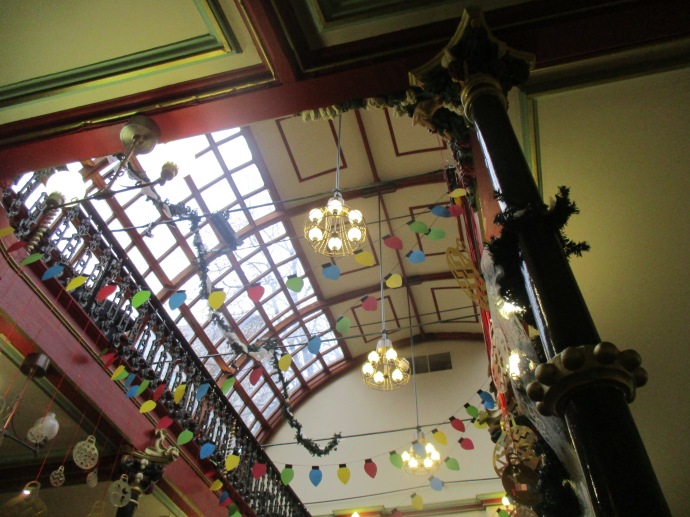 The music hall then became a popular venue for the working classes. One regular was Vesta Tilley, a singer who began dressing as a boy to perform from the age of 5. You can find out more about some of the performers at the Malt Cross at their website here. 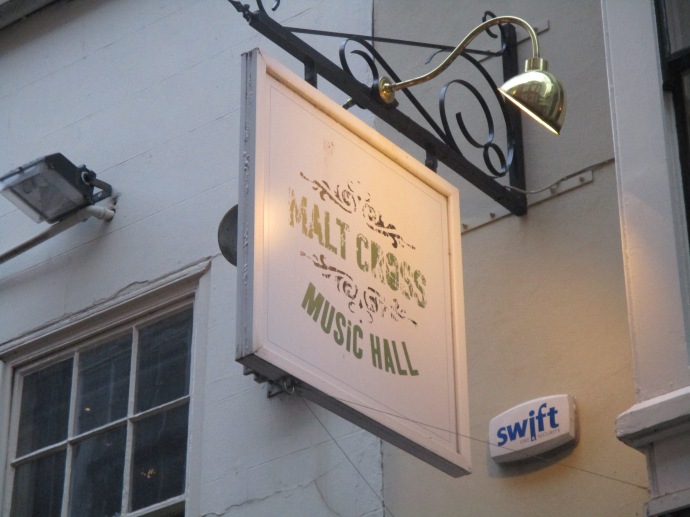 The venue started to decline just before the First World War, the courts deeming it “a haunt for felons and whores”. It was used as a warehouse until the 1970s and then opened as an Italian restaurant. It has gone through many redevelopments and now continues as a very nice cafe bar and music venue as part of the Malt Cross Trust which is a charity that among other things runs the Street Pastors Service which goes around Nottingham on Friday and Saturday nights caring for vulnerable people. 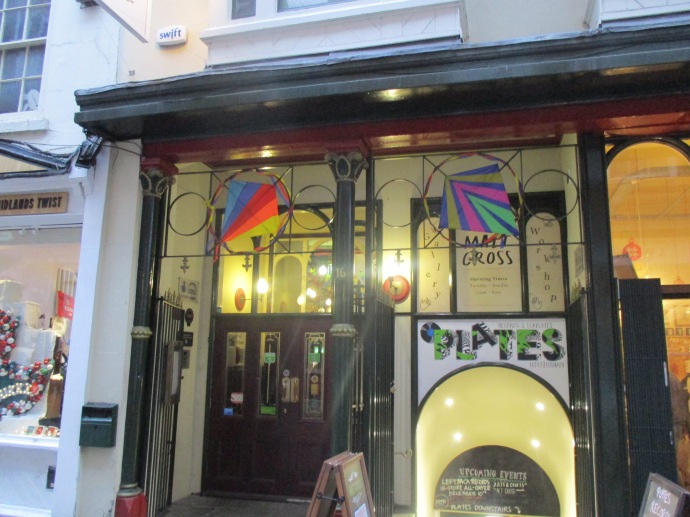 After our tour guides excellent run through of the history of the building we then headed down into the basement caves. Much of Nottingham is built on man-made caves such as this which was in very good condition. Interestingly what looks here like a well was actually probably used as a drainage system. The caves here are more than likely part of a network of routes under the city that were once joined and the Malt Cross have plans to investigate them further. 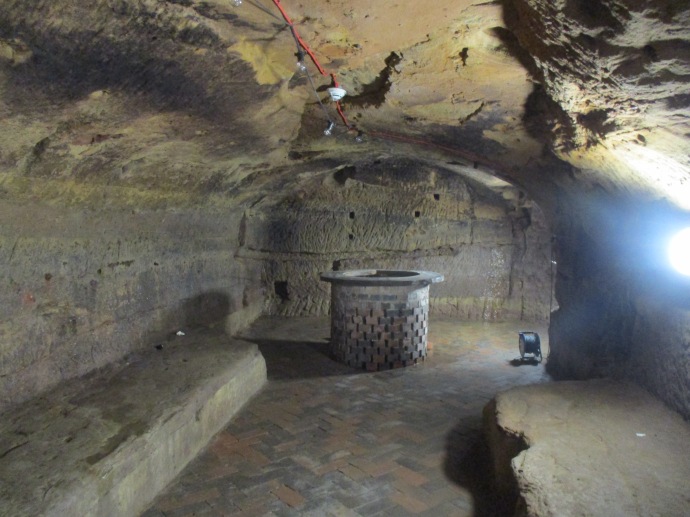 At only £3 for roughly an hour’s tour it’s definitely worth a visit to see a glimpse of Nottingham’s history. You can find all of my photos here.

One thought on “The Malt Cross”