Despite having visited Kensington Palace in the past I’ve never really spent much time in Kensington Gardens so I decided to rectify that on my last visit to London when the weather was surprisingly warm. Of course, my main reason for visiting was to photograph the Albert Memorial but I also wanted to see some of the other sculptures such as that of Peter Pan and to see if I could spot any of the famous Kensington parakeets, which as you can see below was a success.

When William III moved to Kensington Palace in 1689 part of Hyde Park was cordoned off to make gardens for the palace but it was George II’s wife Queen Caroline who, in 1728, created the Serpentine and shape of the gardens as they are today.

No one quite knows when the parakeets moved in, or exactly where they came from – popular theories include the originals having escaped from the film set of The African Queen in 1951 or from a number of aviaries in Surrey in 1987. Either way now an estimated 8,000 have set up home in the gardens. They’re quite tame and its easy to get them to come to you, especially if you have some food for them.

There are plenty of other things to see such as the Italian Gardens inspired by the gardens at Osborne House on the Isle of Wight designed in part by Prince Albert and thought to have been his gift to Queen Victoria. 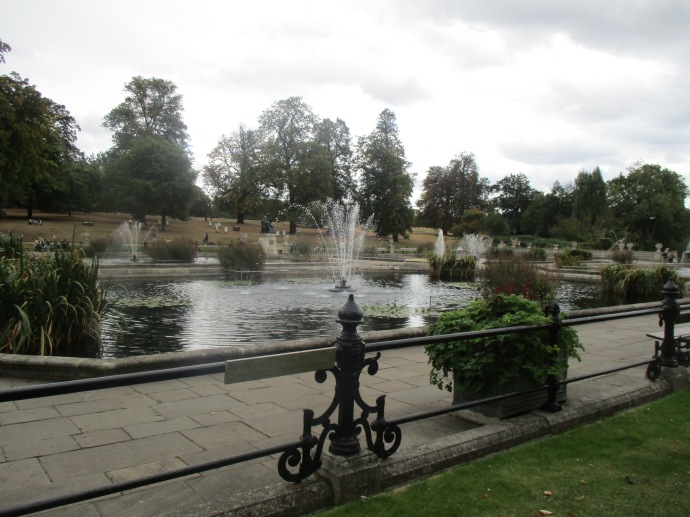 This lovely statue of Peter Pan was made by George Frampton and commissioned by J. M. Barrie himself who had been inspired to write the book in part by Kensington Gardens (and also supposedly Nottingham’s Arboretum).

There is also this oddly striking sculpture named “Physical Energy” by George Frederic Watts. It is apparently an allegory for the human need for new challenges and was erected in 1907 by Watts’ widow as a memorial to her husband who had died three years before. 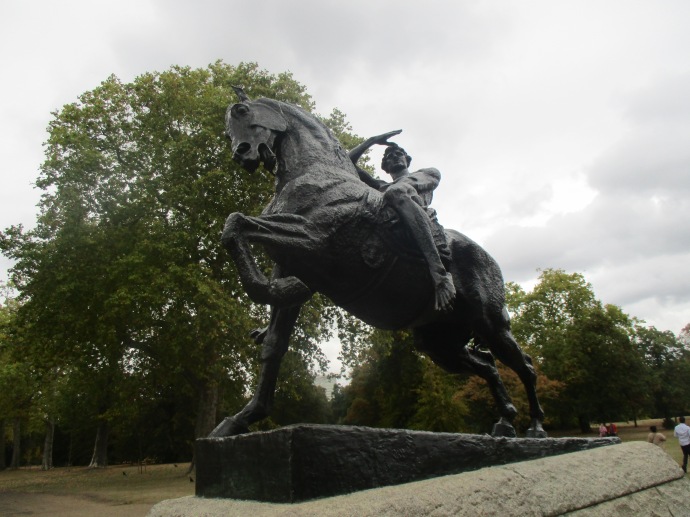 Surprisingly lovely in all kinds of weather you can find more photos here.

One thought on “Kensington Gardens, London”