Since the 1780s Leamington Spa was one of the places where the wealthy would “take the waters” for their health. In 1814 the Royal Pump Rooms and Baths was officially opened becoming the largest and most prestigious of all the spas in Leamington.

The importance of the town as a spa resort was officially recognised when in 1838 Queen Victoria decreed it to be called Royal Leamington Spa but by the 1840s the popularity of spas was decreasing. At the Royal Pump Rooms though they adapted and by the 1860s refurbished to include a swimming pool and Turkish baths – which you can see below.

Health treatments continued here until the late 90s when the Pump Rooms became a combined cultural attraction with a museum, art gallery, cafe, library and tourist information centre. The Local History Gallery was particularly interesting for us as we didn’t know much about the town so being able to trace the town’s history through the ages proved very useful. 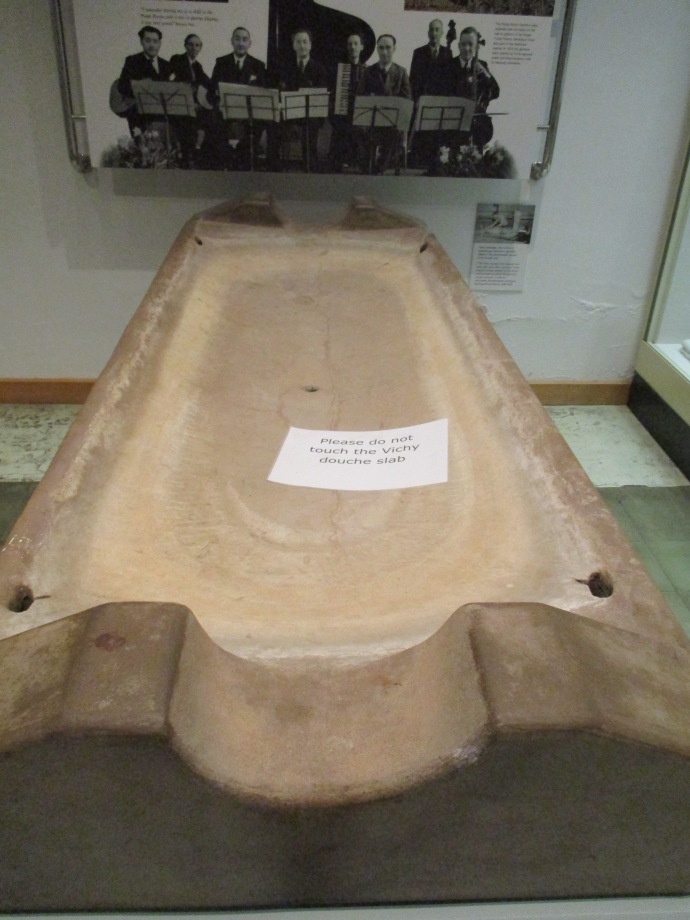 I also liked the Art Gallery on the site of the former hydrotherapy pool which had some lovely dresses on display as well as this excellent model of a cinema in an exhibition about local entertainment.

Definitely worth a look if you’re visiting the town, you can find more photos here.