I’d been looking for some places to visit that are easily accessible by train and I was surprised to find a pretty cheap ticket to Ely for less than £10 so decided that it was time to tick off Ely Cathedral from my to do list. 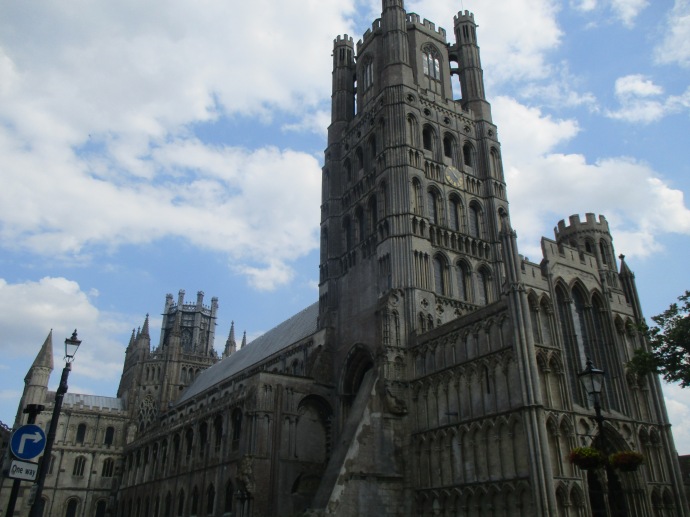 I’d already booked my tickets in advance for the cathedral and the Stained Glass Museum located inside (which will feature in a future post) at a cost of £13 and arrived just in time to join one of the ground floor tours that are included in the price of the ticket. The guide was very good and explained that Etheldreda, a Saxon queen, founded a monastery on the site in 673 and it was the second wealthiest monastery in the country until it was closed by Henry VIII in 1540. The Norman part of the building, where the tour begins, was started in 1081 and finished by 1189 and features the wonderful ceiling added in the Victorian era. 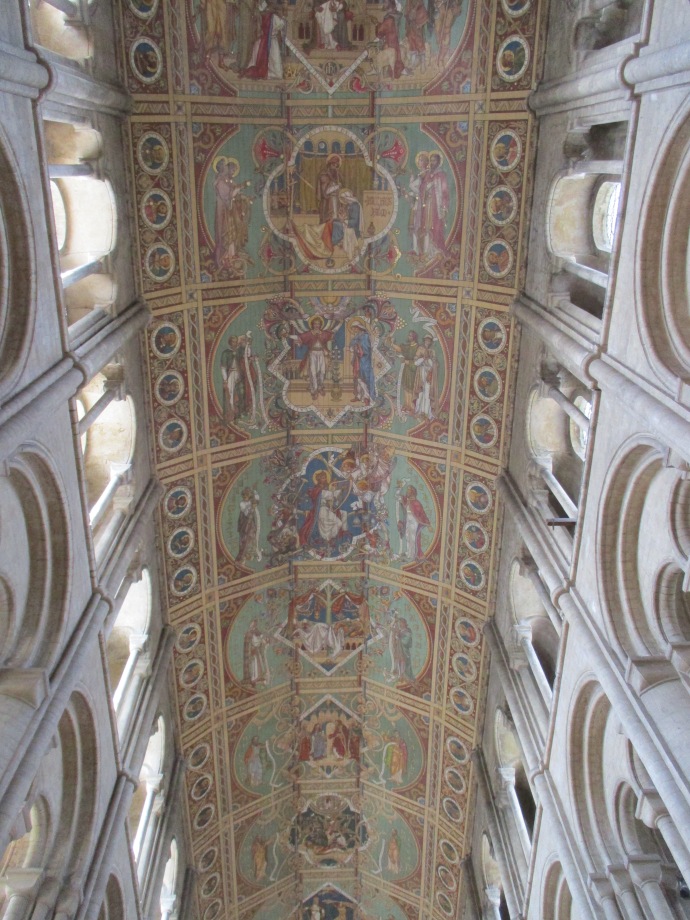 The next impressive feature in the cathedral is the Octagon. In 1322 the Norman central tower collapsed and in its place they built the Octagon. At 74 feet wide and 142 feet high it weighs 400 tons and took 18 years to build. 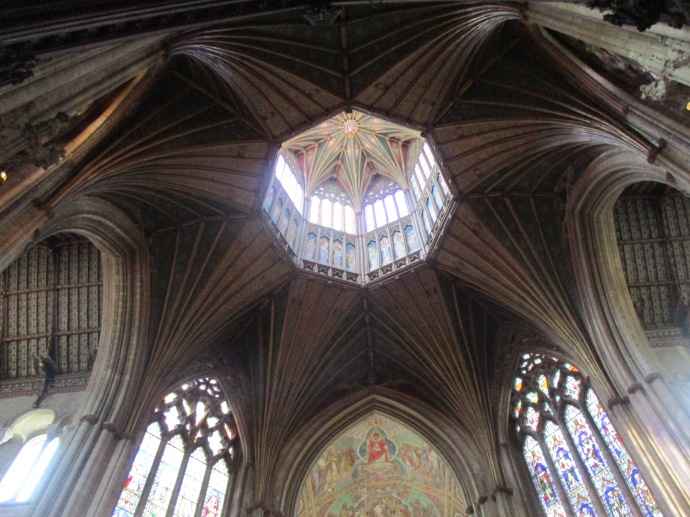 Ely’s Lady Chapel is the largest in England dedicated to the Virgin Mary and completed in 1349. It’s a lovely spacious part of the cathedral and would have originally been decorated with colourful stained glass windows but these were destroyed in the Reformation, except for one section pictured below; it’s a bit incongruous to note that the new clear glass windows have been sponsored by various banks and supermarkets. 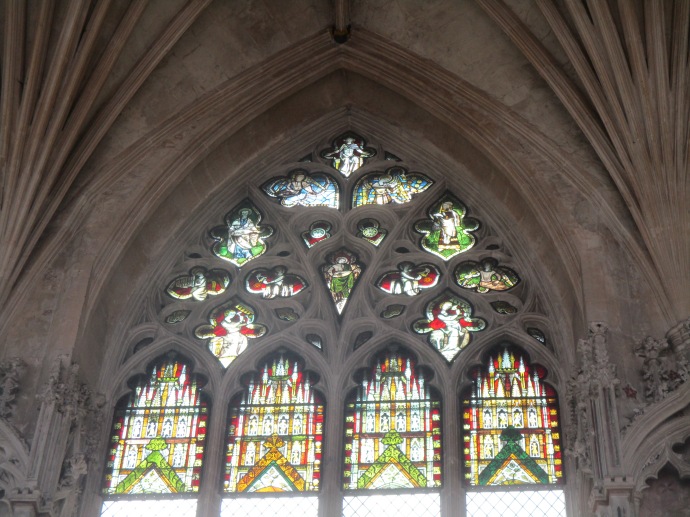 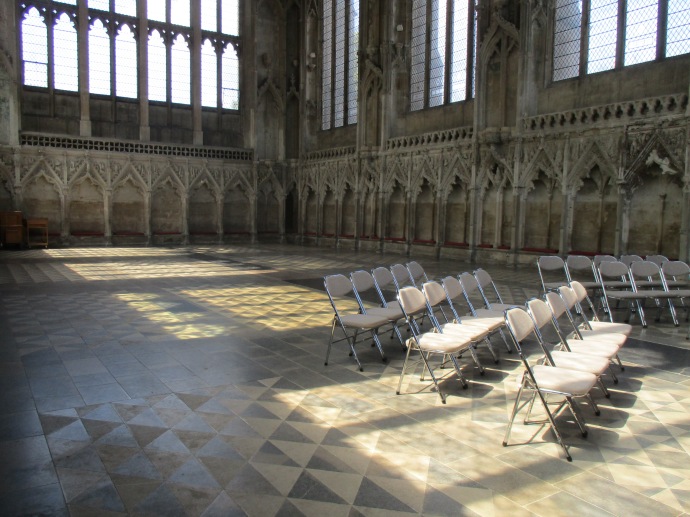 There’s some lovely stained glass windows throughout the cathedral, most of it Victorian. One of my favourites was this window donated by the Bomber Command of the New Zealand Air Force as a memorial to their servicemen and the RAF who flew out of airfields near Ely during World War II. 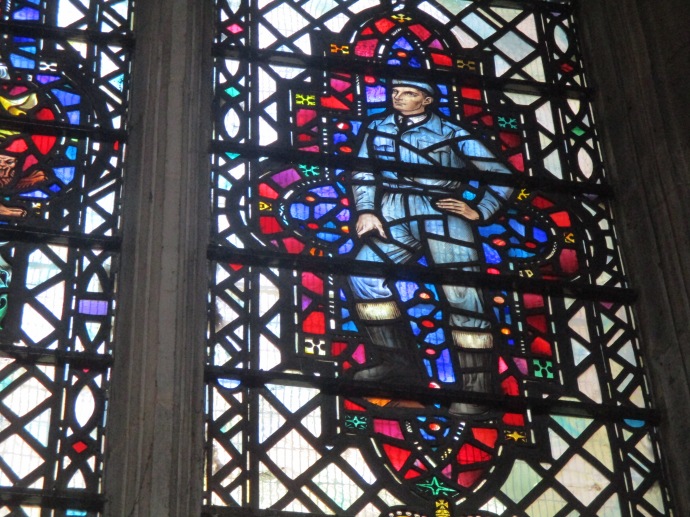 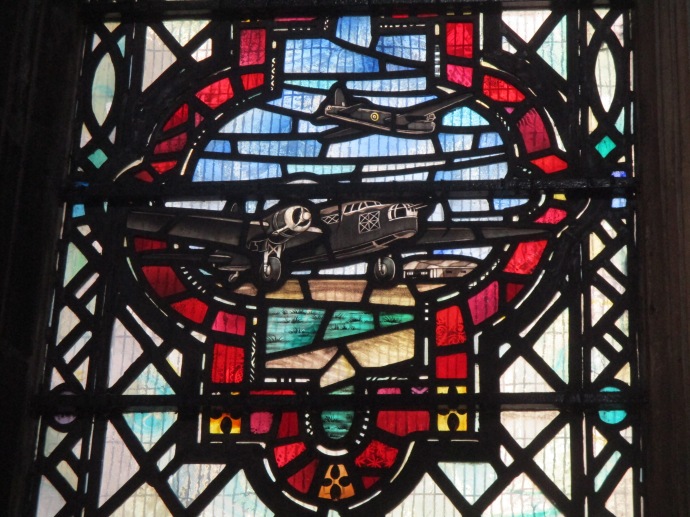 Definitely worth a visit, I spent a good portion of the day there and had a very nice lunch in the cafe on site. You can find more photos here.

One thought on “Ely Cathedral”