In 2022 it will be 100 years since Tutankhamun’s tomb was discovered and this tour of treasures from the tomb which is visiting cities around the world is to celebrate both that and the construction of the Grand Egyptian Museum where all of these items will return, many of which have never been outside of Egypt before.

I won’t rehash the history of the discovery of the tomb – the exhibition gives a very good overview and whilst I think the souvenir guide was a tad too expensive at £15 it is very beautiful and well written. Photos as you can see are allowed which is always a nice change though bear in mind that the exhibition is very busy, even with a timed and staggered entry but most people were very polite and accommodating and everyone was given a chance to get close to the cases. So what I will do is just highlight a few of my favourite items starting with this drinking cup which was one of the first things that Carter saw once the tomb was opened. It’s in the shape of an open white lotus flower with flowers of the blue lotus forming the handles. The inscriptions around the cup gives the names of the king and his titles. 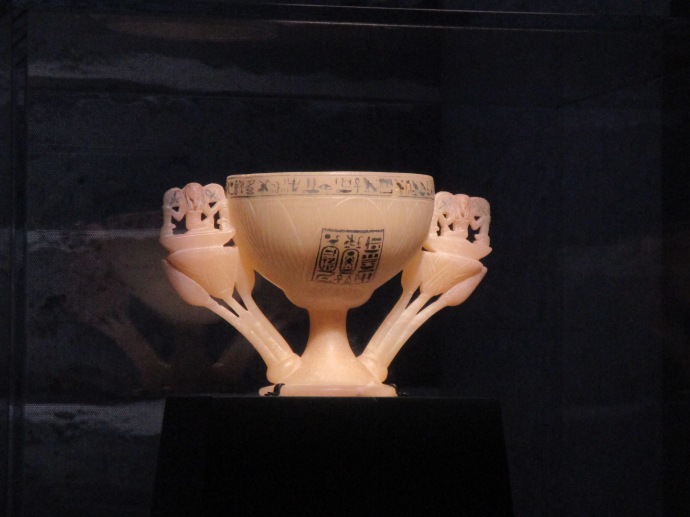 This wooden box was created in the shape of a cartouche – an oval of rope in which the king’s birth name and his throne name were written. Made from wood, ebony and ivory the ivory was stained which makes it stand out really well.

One of the most impressive items is this gilded wooden shrine. The scenes carved into the wood are of Ankhesenamun (Tutankhamun’s wife) shaking a ceremonial rattle before him, offering him flowers, pouring him a drink etc. It was found in the antechamber and made of wood with gold leaf and silver. 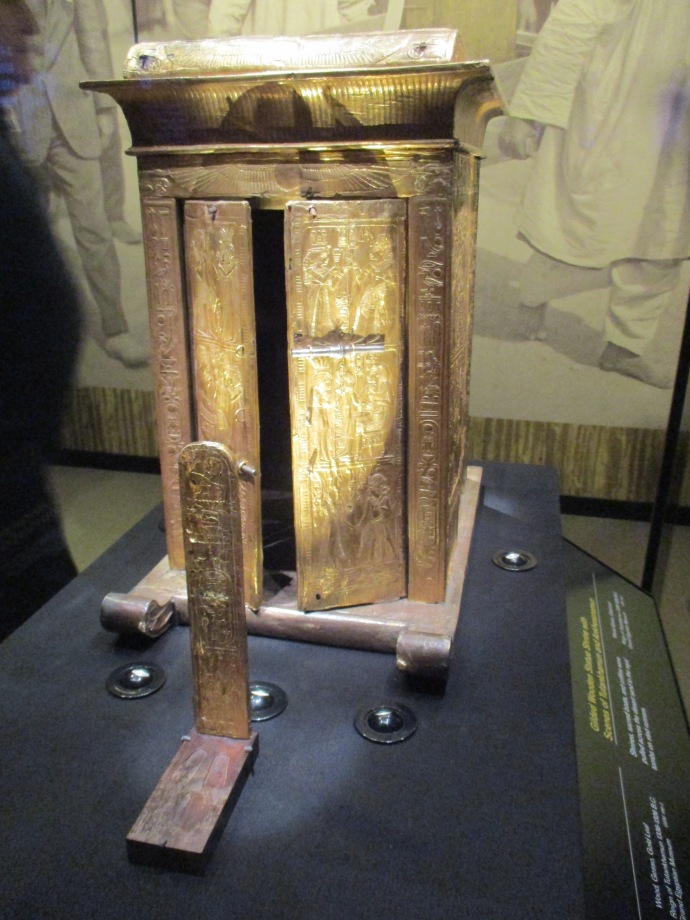 And finally this statue of Tutankhamun – if you look closely you can see the remnants of colour which gives an idea of what it would have looked like in its full glory.

The exhibition is in London until the beginning of May before moving on elsewhere. I will say it is quite pricey (there’s levels to the pricing depending on what time you go/whether school holidays are on etc.) but since I don’t imagine I’m going to Egypt any time soon it was a price I was wiling to pay. You can find some more photos here.