Apsley House is an English Heritage property at Hyde Park Corner, the former residence of the Duke of Wellington. A Grade I listed building it was originally built by Robert Adam between 1771 and 1778 for Lord Apsley, the then Lord Chancellor, hence the name. The Duke of Wellington purchased the house in 1817.

Unfortunately photography is not allowed inside which is a shame because there are some really beautiful rooms and items on display. It doesn’t take very long to explore, around an hour or so as it’s only a small part of the building that is open to the public – the current Duke of Wellington still uses part of the building. 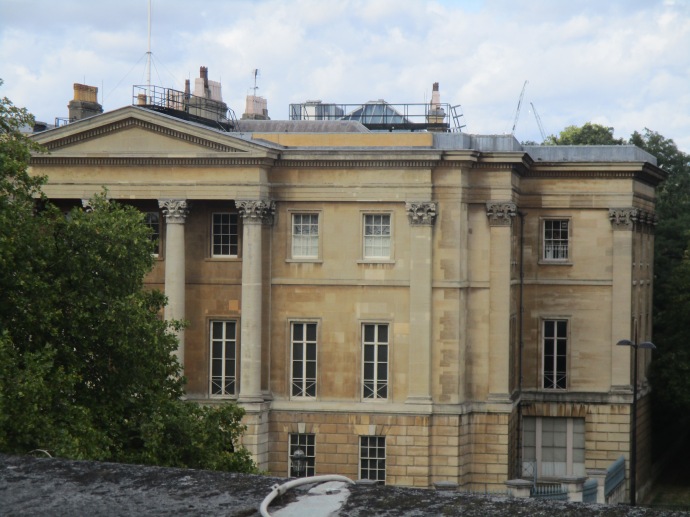 It’s hard to talk about the interiors without illustrating them with pictures but the amount of artwork and silverware on display makes it a fascinating place to visit – tsars and kings were among those who, grateful for Wellington’s defeat of Napoleon, gave him paintings, sculptures, silver and porcelain as thanks, around 3,000 items in total, many of which are on display at the house. The Waterloo Gallery in particular is a beautiful space of red and gold and is more than 90ft long. It was probably designed for the Waterloo Banquet, an annual dinner held at the house to celebrate Napoleon’s defeat – King George IV was one notable guest.

I really enjoyed my visit and would definitely recommend the free audio guide, though it did help that as a member of English Heritage I didn’t have to pay an entrance fee. You can however combine a visit here with that of Wellington Arch, just across the road, for £12.70 which I think is a very reasonable bargain. (And Wellington Arch will be the subject of my next post).

One thought on “Apsley House, London”