On a recent trip away we based ourselves in Coggeshall as a convenient place to stay for a visit to Colchester Zoo (blog post to follow). To our surprise we found it to have many interesting buildings and places to visit in its own right (including two National Trust properties – Paycocke’s House and Garden and the Grange Barn) and what was quoted to me as being over 200 listed buildings. 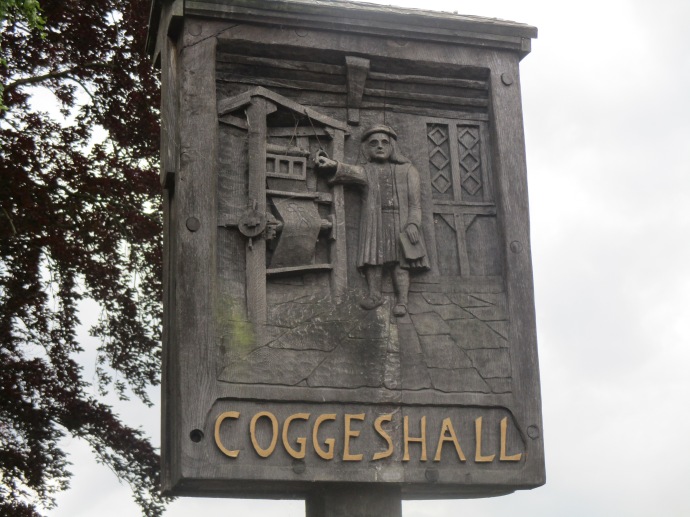 Coggeshall is mentioned in the Domesday Book and the area has been settled since the Saxon period, if not earlier. The main trades were wool and then cloth, silk and velvet – the sign above depicts a weaver and his loom. Exactly what the name “Coggeshall” means seems to be a hot point for debate.

We stayed at the White Hart which we would 100% recommend. Friendly staff, quiet, comfortable rooms and the food for both breakfasts and dinners was fantastic and good value for money.

Parts of the hotel date from the 15th century and it used to be the only staging post between Colchester and Braintree. 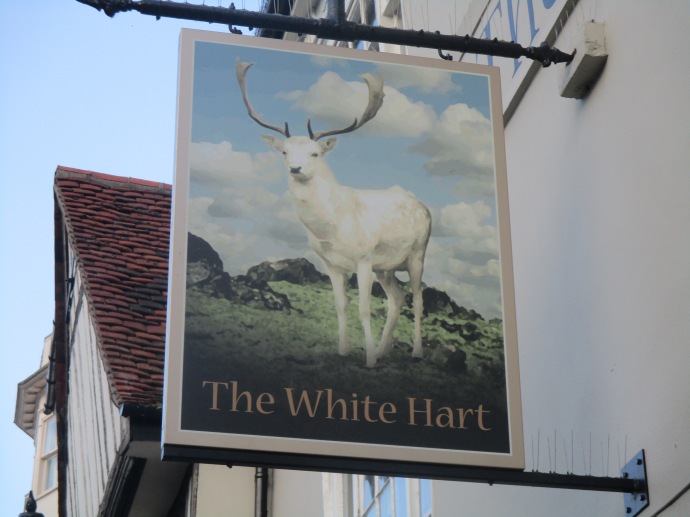 Other notable buildings include the striking Clock House and Clock Tower, below. The Clock House dates from the 14th century and by the 18th century it was being used as a schoolroom to educate poor children, using money that had been left by Sir Robert Hitcham. The Clock Tower was added in 1787 as a replacement for a clock that had stood in the middle of Market Hill which was demolished that same year. It was restored to commemorate Queen Victoria’s Golden Jubilee in 1887. 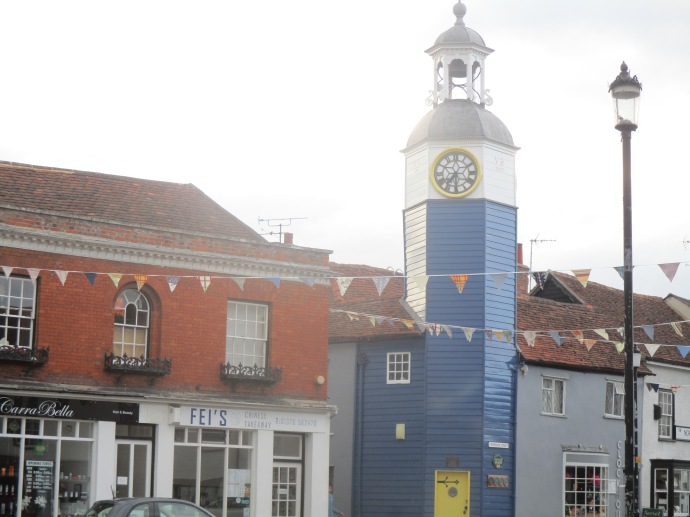 Another interesting building is that of The Woolpack Inn. A Grade I listed building it was built in the 15th century and although the original owner isn’t known, in 1672 it was used as a chapel by Reverend Thomas Lowrey who had been ejected from the Church of England after the Reformation. It didn’t become a pub until 1708. 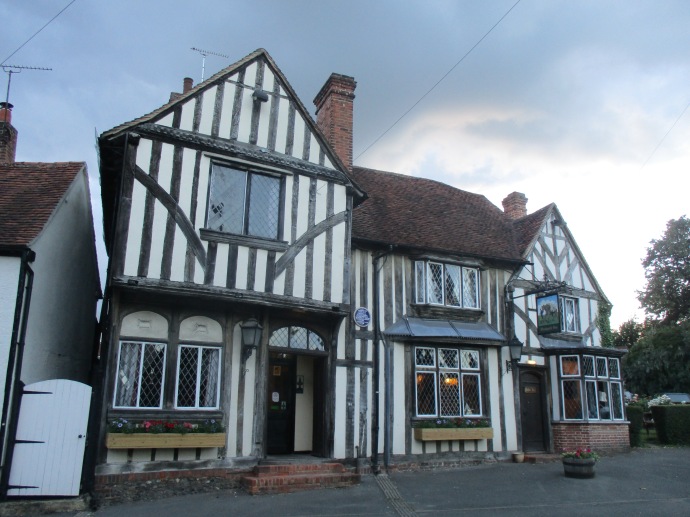 You can find more photos of Coggeshall here.