The first building to begin this post about Nottingham’s architecture is Nottingham General Hospital. The hospital was founded by public subscription in 1782 and opened with 44 beds.

The hospital was the centre for nursing training in Nottingham and nearby is the Nurses Memorial Home, which was built as a memorial to those from Nottingham and Nottinghamshire who died in the First World War.

After Queen’s Medical Centre (below) was opened in 1978 most of the General Hospital’s services were transferred there. Now part of it belongs to the NHS and part of it is a hotel and restaurant. 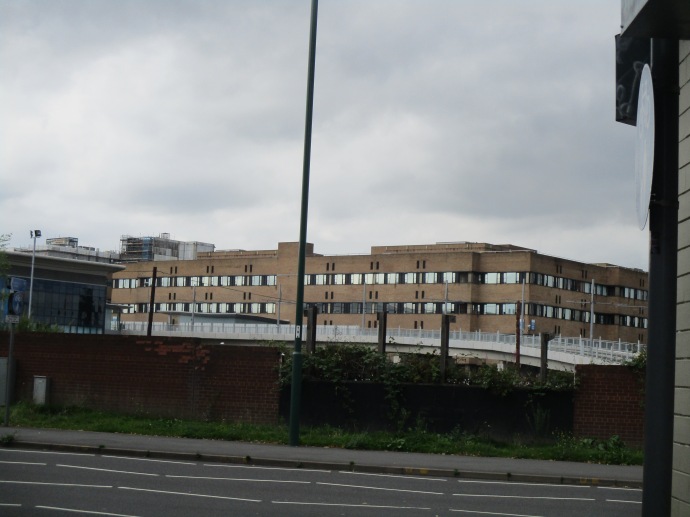 The Hole in the Wall pub below is a 1930s Art Deco building that is said to be on the site of a much earlier pub from the 1860s which had in turn claimed to be the smallest pub in Nottingham.

And finally we have the Newton building, part of Nottingham Trent University’s campus. Art Deco in style it was built in the late 1950s and is one of Nottingham’s tallest buildings. Certainly not as pretty as other buildings used by the university, it is eye-catching in its own way.