The last place I visited in September as part of Open Heritage Day was Brackenhurst Hall in Southwell, part of Nottingham Trent University that isn’t normally open to the public. I arrived just as they opened so I got to go on the first of the tours that day, which is just as well as there was a fairly constant stream of people arriving throughout my visit.

It was built in 1828 for the Reverend Thomas Coates Caine. His grandson, born in the Hall, would become Field Marshal Edmund Allenby, and there is a plaque dedicated to him on the side of the building.

The tour itself was very swift – the Hall houses administration offices and as such the only real features still in place are architectural, and not very many of them on the top floors. However one nice touch was old photographs, both indoors and in the gardens, depicting the Hall at various points throughout its history. The dining room for example looks almost exactly the same now as it did when the Hall was used as a military hospital during the First World War.

The highlight though was probably the self guided tour around the gardens. Again photos had been laid out so you could see very clearly how the grounds had changed over the years and it was also a great opportunity to see the hall from all angles.

This was the rose garden; though September wasn’t the best time of year to see them in bloom you could certainly get a good idea of its normal layout.

Other highlights included the summer house and bridge, 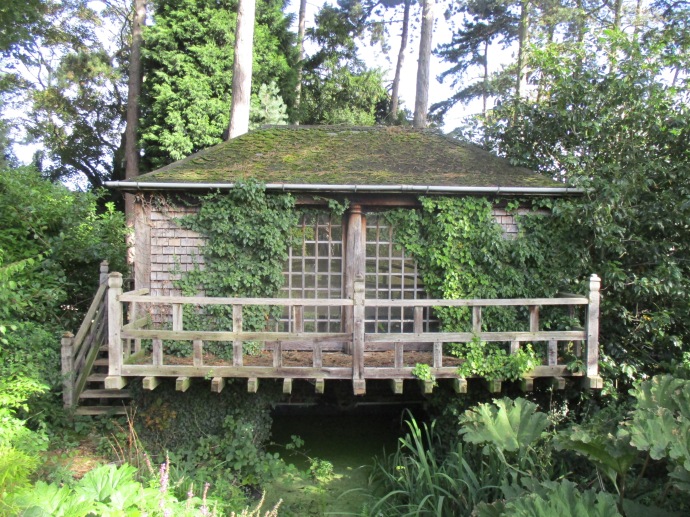 and this sunken garden.

It’s an interesting site of local history that’s well worth a visit if it opens to the public again. You can see more photos here.