The second site I visited as part of the Open Heritage Weekend was St Martin’s Church in Bilborough. I’d been planning on coming here anyway, as an exhibition on Evelyn Gibbs, whose mural can be found at the church, had caught my eye on my last visit to Nottingham Castle, so this proved to be a good opportunity to visit.

The church, the full name of which is the Church of St Martin of Tours, was built between 1350 and 1400 and when the congregation grew an extension was built in 1972 (it may serve a good purpose for the church but it felt a bit cold and impersonal to me). It was restored between 2010 and 2014 and many of the objects thought lost forever were rediscovered, including Evelyn Gibbs’ mural of 1946, depicting the Angel Gabriel visiting  Mary; many local landmarks feature in the background. 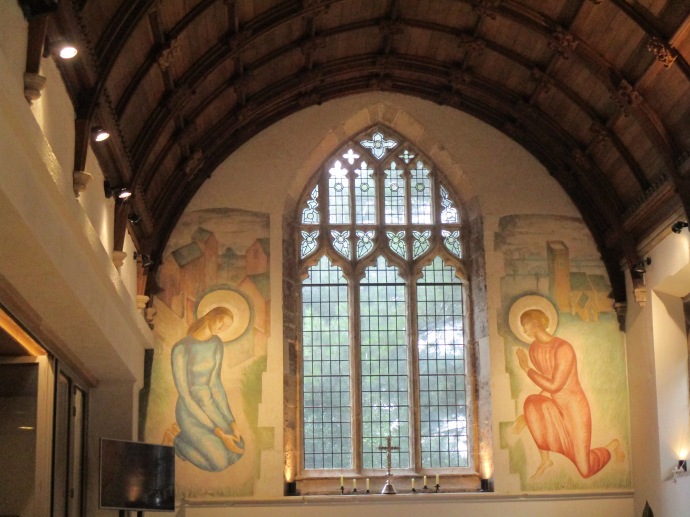 One of the highlights of the visit was a tour of the tower, which doesn’t seem particularly tall at 40 feet. It houses a single bell (some of the other people on the tour later had a go at ringing it!) that was fitted in 1888 and is probably the closest I’ve ever got to a church bell in situ. 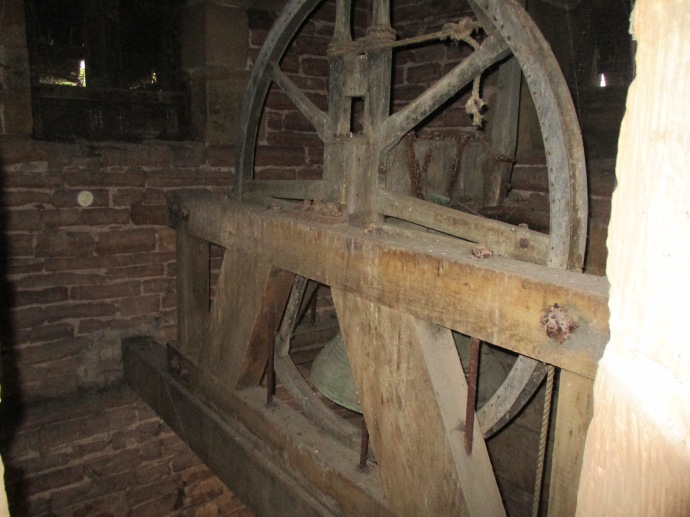 Other items of interest were the plumbers’ and lovers’ marks, graffiti taken from the lead roof and preserved inside the church for future generations. 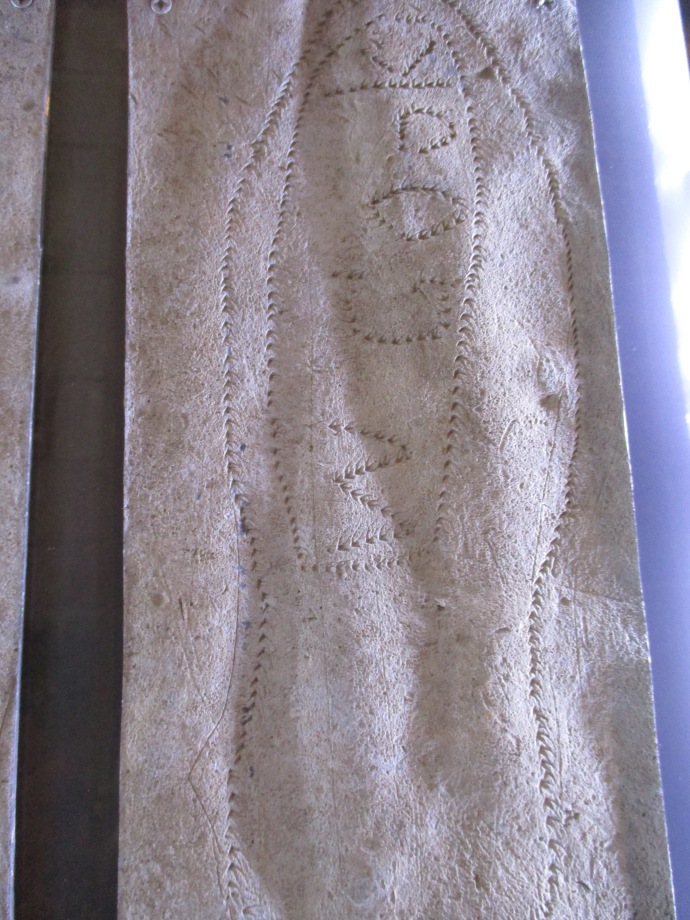 The Helwys Memorial is interesting because it commemorates Sir Edmund Helwys and his daughter; his son Thomas attended the church and would later go on to found England’s first Baptist Church and help fund the Founding Father’s voyage to America.

It’s a lovely little church, full of history and I was especially impressed by the way they were embracing technology – tablets were available which let you discover more about the church, laptops were presenting virtual tours and videos were playing relating the history of the restoration efforts.

Well worth a visit, you can find more of my photos here.