I’ve been to the Natural History Museum lots of times before but on this trip I wanted to pay particular attention to the building’s architecture, and of course to see the whale skeleton that replaced Dippy the diplodocus. 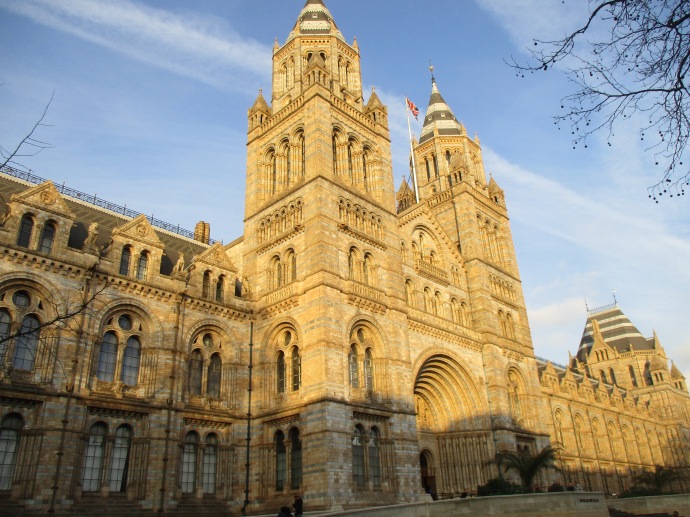 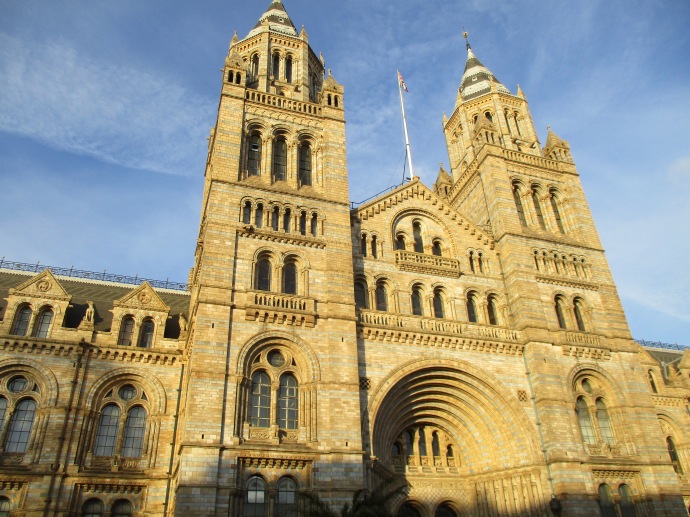 In 1856 Sir Richard Owen (the man who coined the term dinosaur) became responsible for the natural history collection at the British Museum and convinced the trustees that the collection was so large that it needed its own separate building. The competition to design what would become the Natural History Museum was won by Francis Fowke in 1864 but when he unexpectedly died a year later Alfred Waterhouse took over, using some of the rough sketches that Richard Owen had made for the design. Work began in 1873 and was completed in 1880. 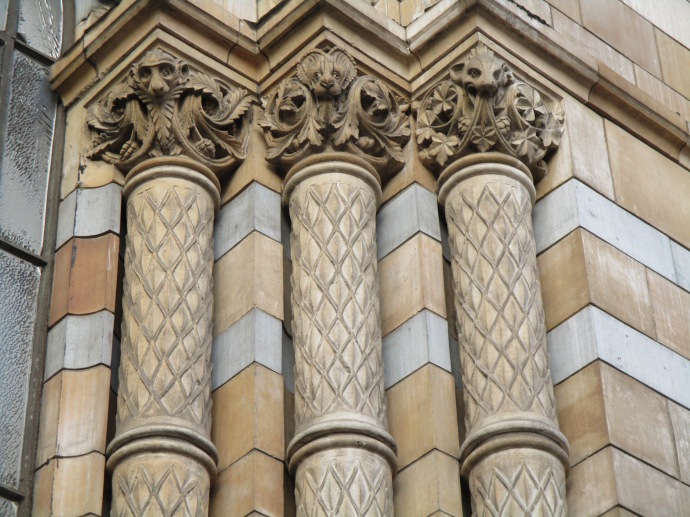 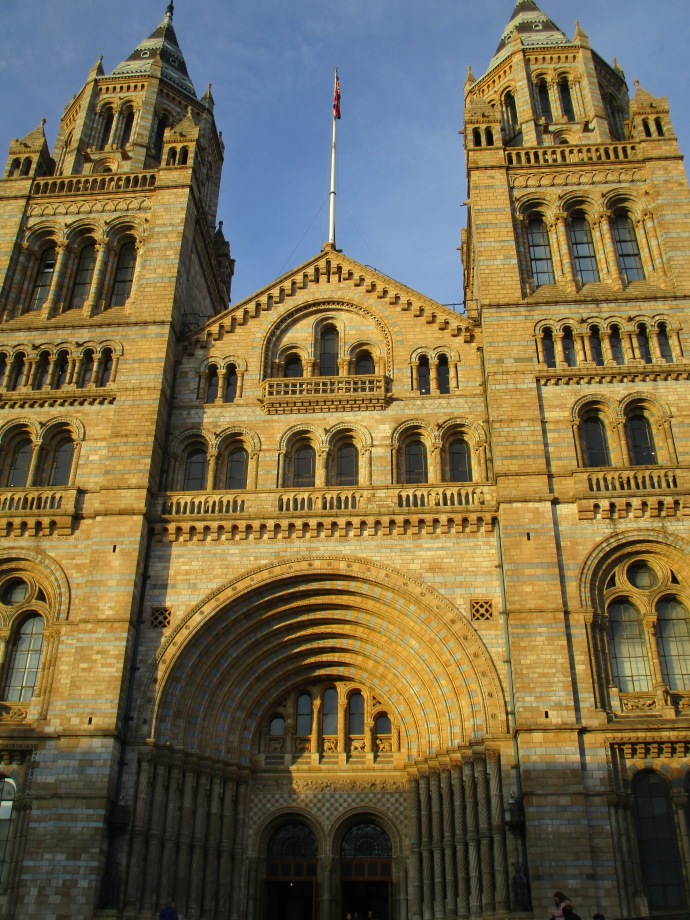 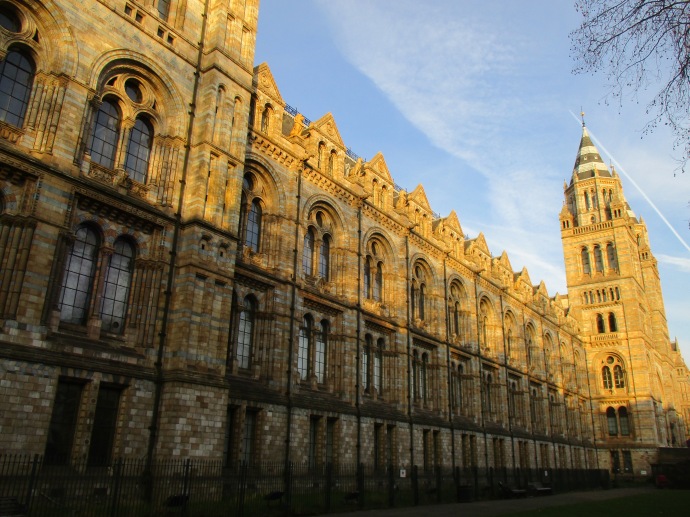 The building has the scope of a cathedral, made from terracotta and ornamented both inside and out by sculptures of animals and plants. Those on the outside include pterodactyls and lions, 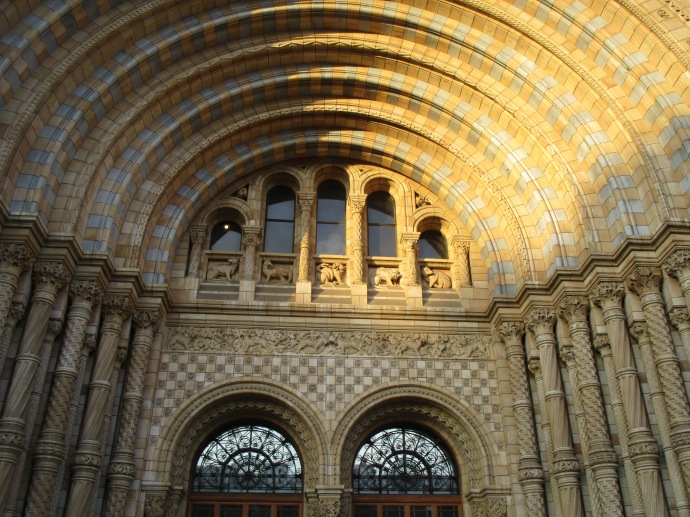 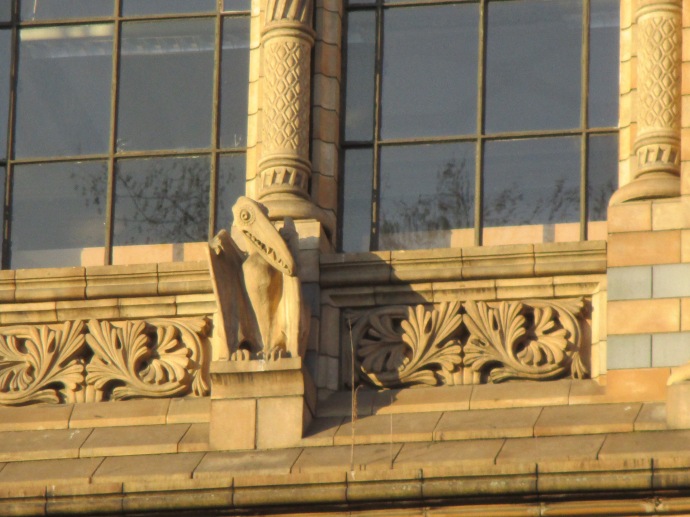 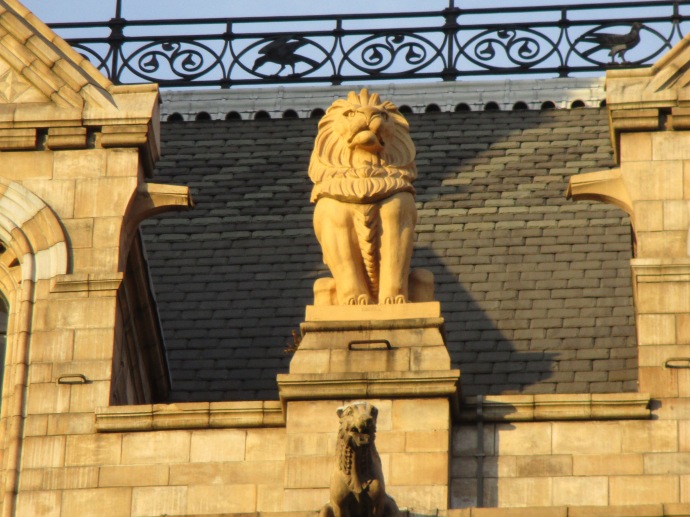 while on the inside there are monkeys and dogs among other animals and birds. 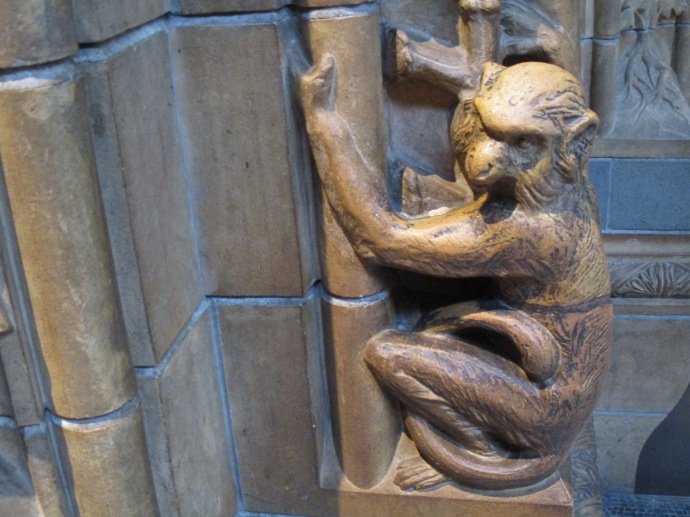 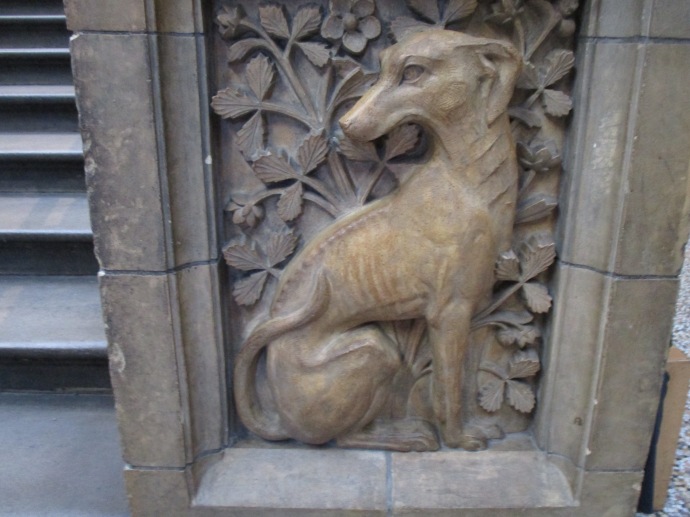 Also outside are these lovely tiles all along the perimeter wall depicting different creatures. 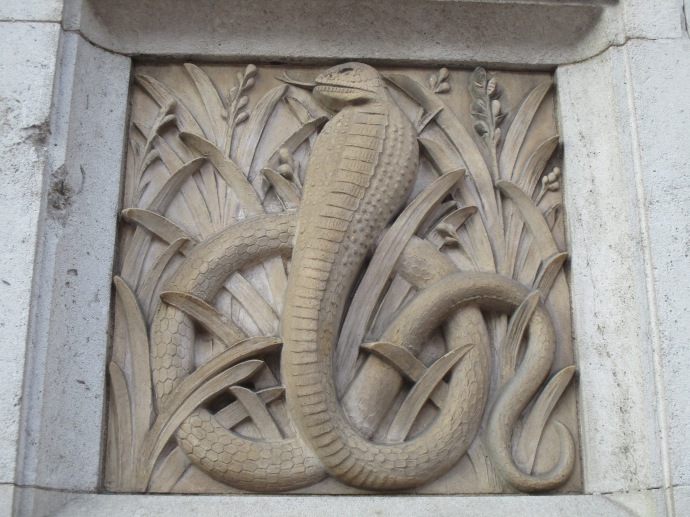 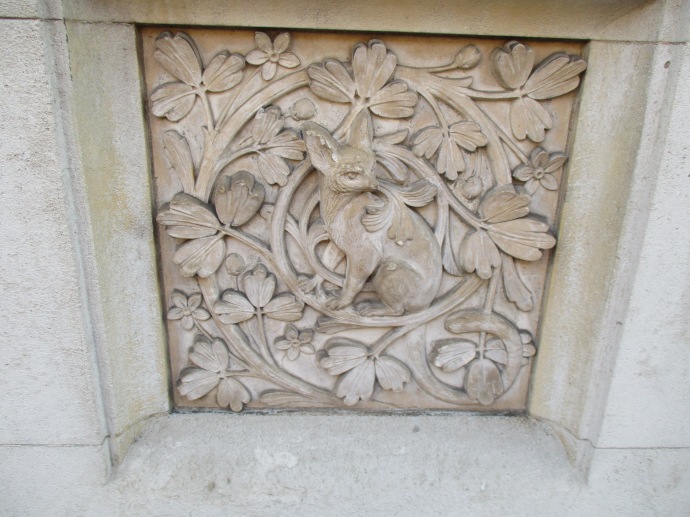 Hintze Hall, the museum’s entrance hall, has always been a fantastic space but I do think that the edition of the whale skeleton has really opened it up more; much as I love Dippy it could get claustrophobic in the Hall especially at busy times. 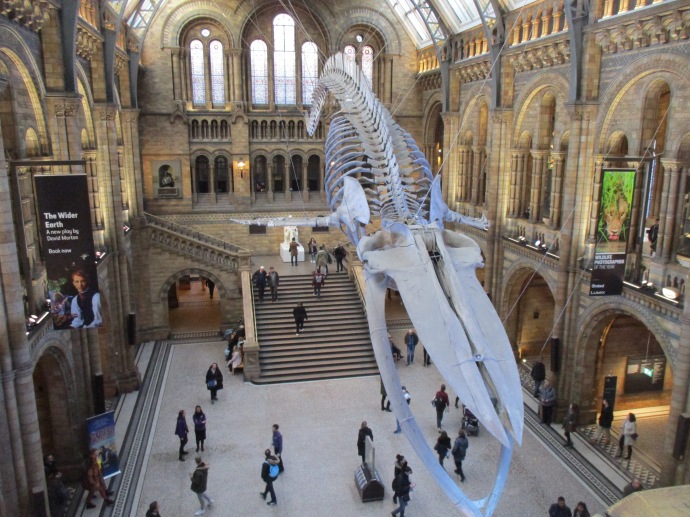 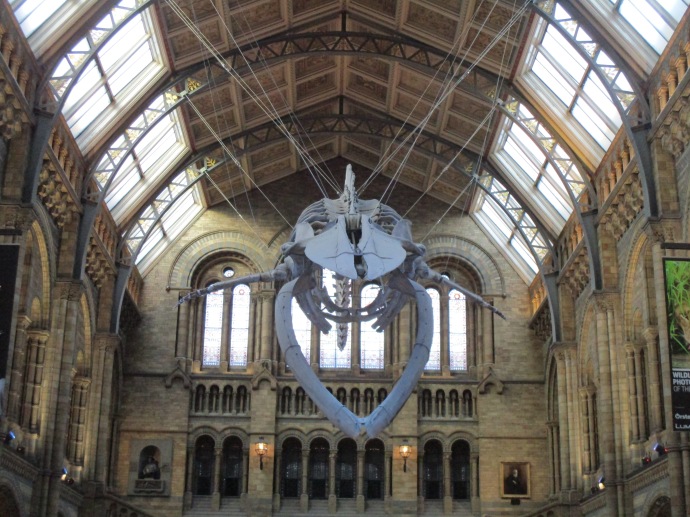 The Hall ceiling is decorated with 162 panels each illustrated by hand and dating from 1881. Among the plants depicted are tea, coffee, opium poppies and aloe. 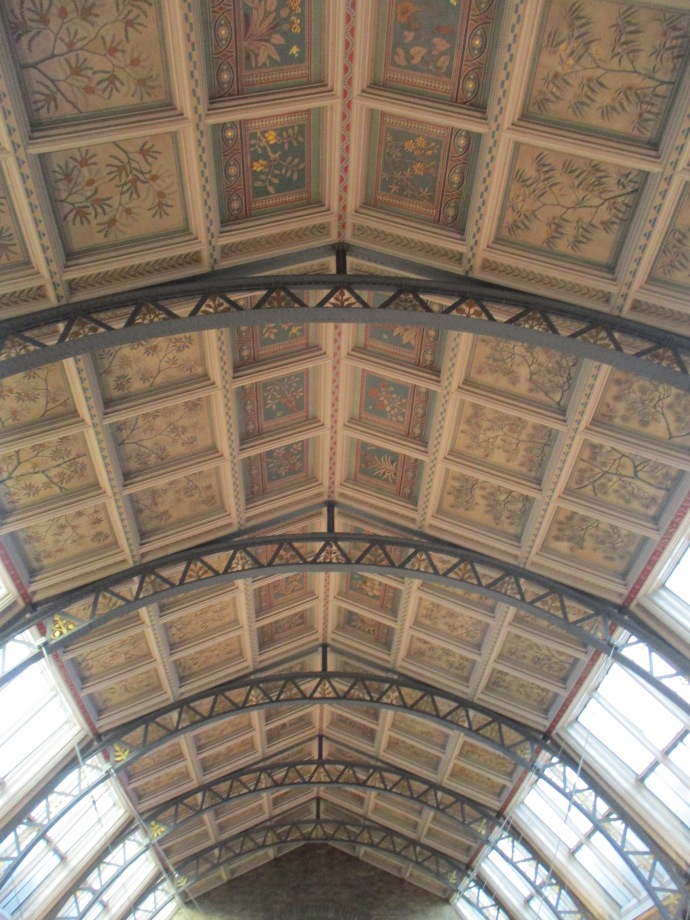 There are also sculptures of fossils and extinct animals all around the Minerals Gallery. 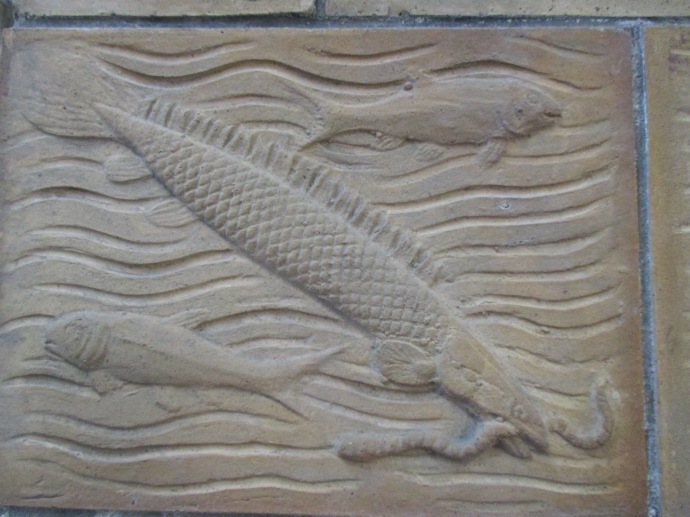 Always worth a visit you can find more photos here.