Leadenhall Market had been on my list for a while – I’ve taken a few photos there before but midweek it tends to be packed so the weekend of Open House London was the perfect opportunity to visit. In fact one of my favourite things to do is wander around the City of London at the weekend when it’s practically deserted.

The site on which the market stands has been in use since the Romans but the name of the market actually comes from the 14th century Manor of Leadenhall (hall with a lead roof). Dick Whittington (yes, that one) was granted the leasehold on the manor in 1408 and gifted it to the City Corporation in 1411.

The present structure dates from 1881 and was designed by Sir Horace Jones, architect for the City of London Corporation (he also worked on Bishopgate and Smithfield Markets as well as Tower Bridge).

It became Grade II listed in 1972 and you might recognise it from Harry Potter and the Philosopher’s Stone. It really is a stunningly beautiful building and well worth a wander. 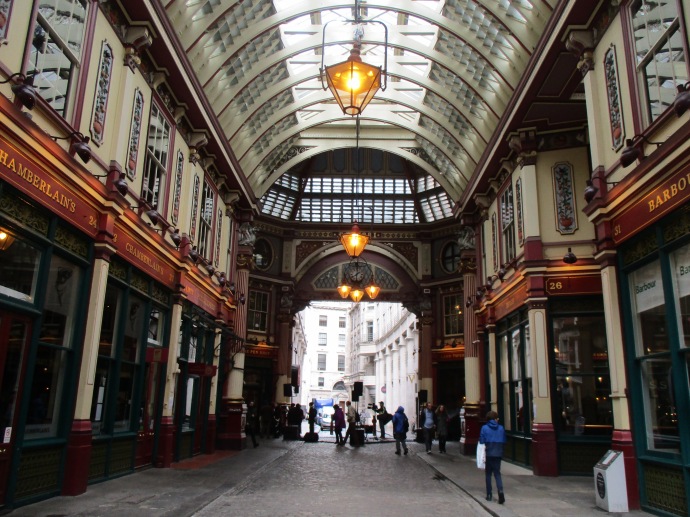