The Dutch Resistance Museum, or Verzetsmuseum, is directly opposite Amsterdam Zoo which made it very convenient to visit. It focuses on the Netherlands in World War II exploring briefly what life was like before the war and then on to the different ways the Dutch people survived and fought back whilst under Nazi occupation. 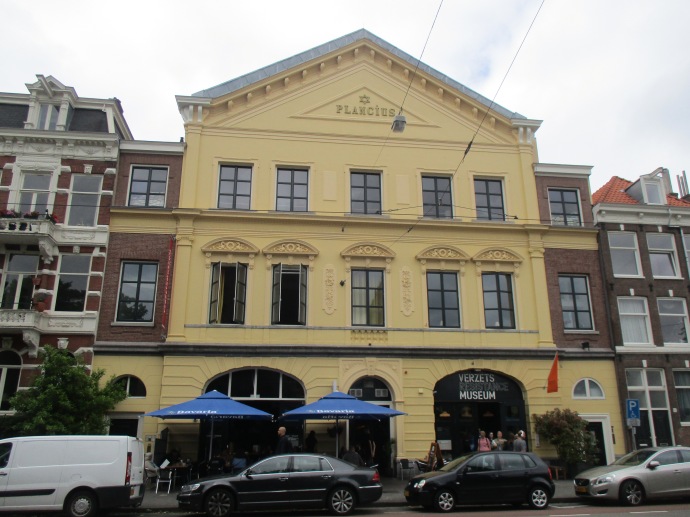 The museum largely concentrates on every day life of citizens under occupation – how and when they decided to resist. The free audioguide is similar in design to that at the Rembrandt House Museum with you scanning information points as you go around which was very helpful.

Some of the items on display include this embroidery sample from Jacoba Maria Blom-Schuh who refused to give to Winter Help – proceeds of which went towards the Nazis – and she was subsequently thrown into jail for three months, 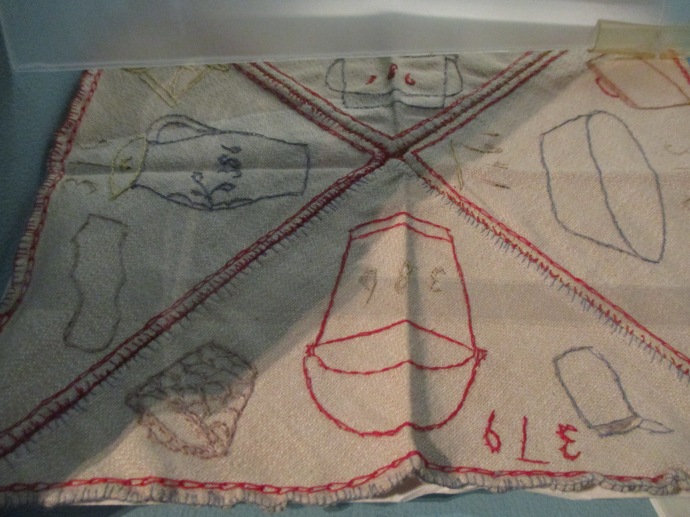 this razor in which microfilms were hidden,

and this coded message in cigarette paper which could be eaten if discovered. 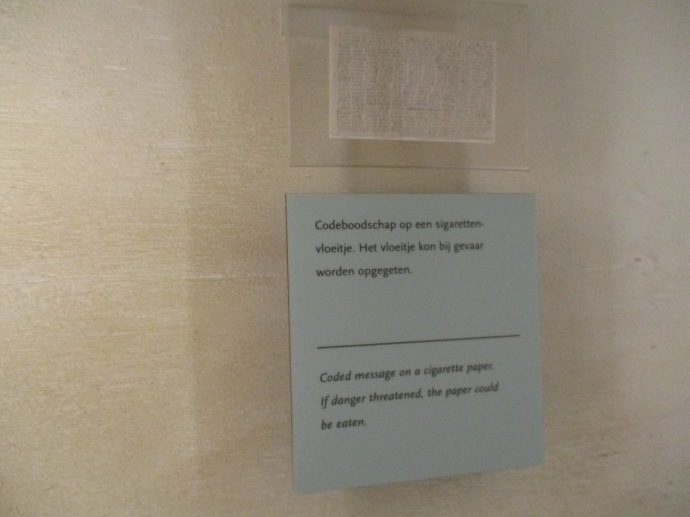 I found it very interesting to see the different ways that people resisted – it wasn’t all about spying and fighting back, sometimes it just took a simple act of kindness, and then in some cases refusal to help at all. You can find some more photos here.