Further to  our visit to Creswell Crags to go on the Rock Art Tour, this time we took part in an Ice Age Tour of Robin Hood Cave, the largest cave on the site.

This tour focuses on what life would have been like for the people of the Ice Age – how they would have sheltered in the caves, examples of the tools they would have used (which we were able to handle for ourselves) and the kinds of animals they would have encountered. It’s easy to think of woolly mammoths roaming the area, but lions and hyenas were common too. 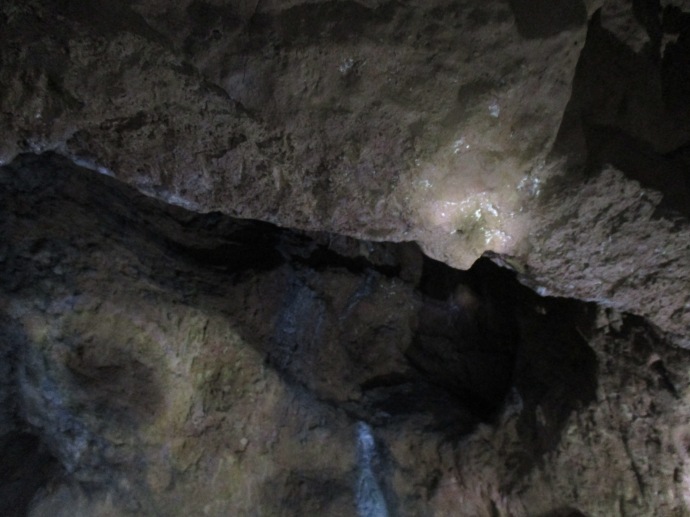 Our tour guide was excellent and gave a good overview of the site. In contrast to the Rock Art Tour where we just had hard hats, this time we were also equipped with lights and instead of one cave space we moved quite far back, through a small tunnel to explore the whole cave system.

One disturbing aspect, from my point of view, was the spiders – we saw more than I’m comfortable with and their egg sacs. They are apparently a rare species and therefore protected though I’m afraid I didn’t catch the name. My photos of them didn’t come out very well which is just as well for my fellow arachnophobes!

Still, spiders aside the tour was well worth doing and lasted around an hour. You can see more of my photos here.