You can’t really go to Amsterdam without taking a cruise along the canals and I picked the 100 Highlights Cruise as it was included in the I amsterdam card and would allow me to see parts of the city I wouldn’t be visiting on this trip.

The cruise lasts around an hour and was really well done. I didn’t book in advance, just turned up at the ticket booth and asked for the next available cruise – it probably helped that it was around 4pm so not busy at all. You are given a set of headphones that you can plug into the seat in front of you and choose from a large selection of languages in order to hear the narration. I didn’t count to see if they mentioned 100 things, but I’m willing to believe they did!

Some of the places I particularly liked, and which I didn’t visit on this trip, were:

The Eye Film Institute which opened in this very eye-catching building in 2012 and is a cinema venue and film museum. 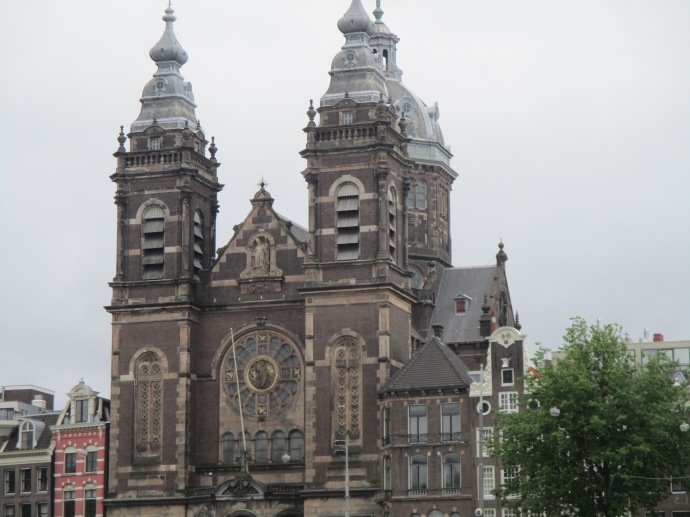 and the Westerkerk Reformed Church famous perhaps because Anne Frank could see the clock face from her hiding place in the Anne Frank House nearby.

There are lots of cruises to choose from in Amsterdam, I’d certainly recommend this one but there are others that serve up dinner and drinks and have different routes. You can see more of my photos here.