Anglesey is the largest island in Wales and connected to the mainland by two bridges, the Menai Suspension Bridge and the Britannia Bridge. We travelled over both on our way to and from Beaumaris Castle. 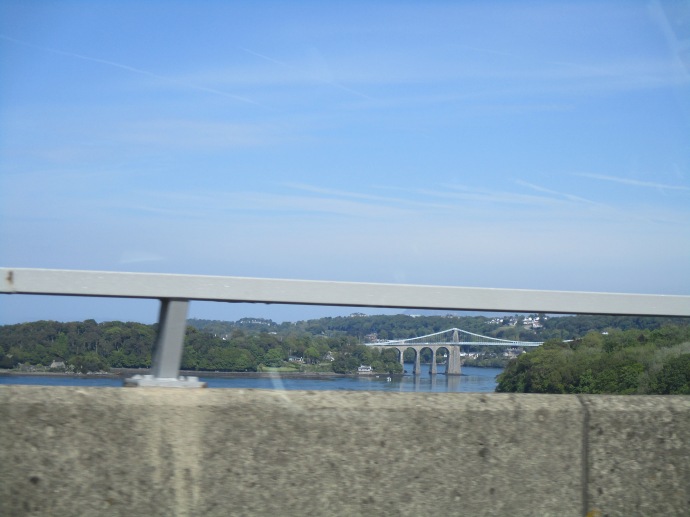 The Menai Suspension Bridge, above and below, was the first of the two bridges to be constructed to carry road traffic between the island and the mainland. It’s a Grade I listed building designed by Thomas Telford and completed in 1826. Before then the only way to reach the island had been by ferry. 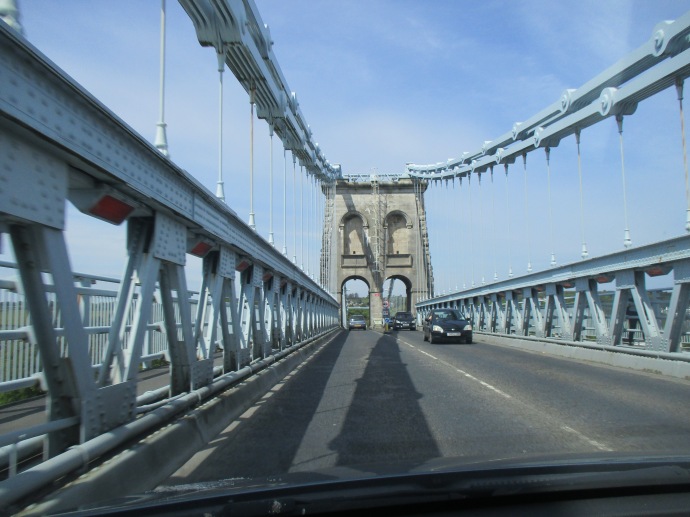 Britannia Bridge was completed in 1850 by Robert Stephenson, the railway engineer, as a rail bridge. A second tier of the bridge allowing it to carry road traffic was added in 1980, after a terrible fire in 1970 meant that the original bridge needed extensive modifications. 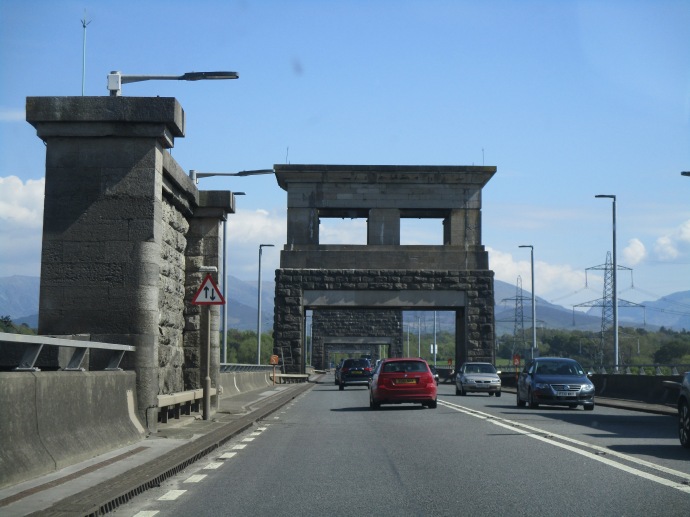 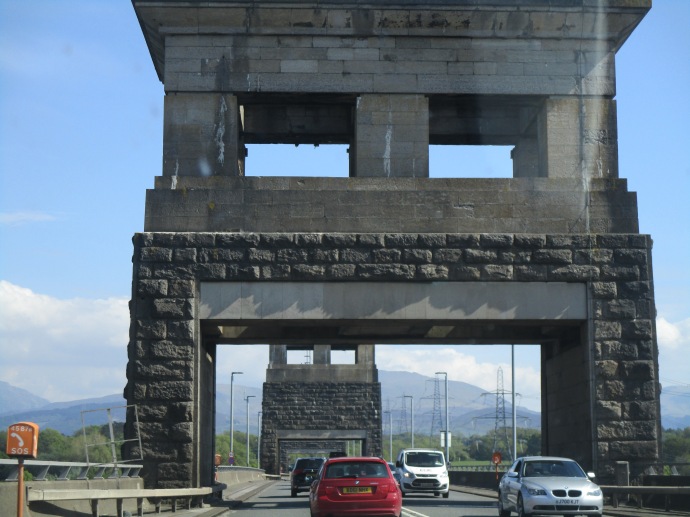