The Shambles is a medieval street in York, though these days the description encompasses the whole general area. Mentioned in the Domesday Book the name comes from the word “shamel” meaning the stalls or benches where meat would have been displayed – the Shambles itself was a street of butcher’s shops and houses with often a slaughterhouse at the back to provide fresh meat. You can see one of those surviving shelves on the left hand side of the below picture. 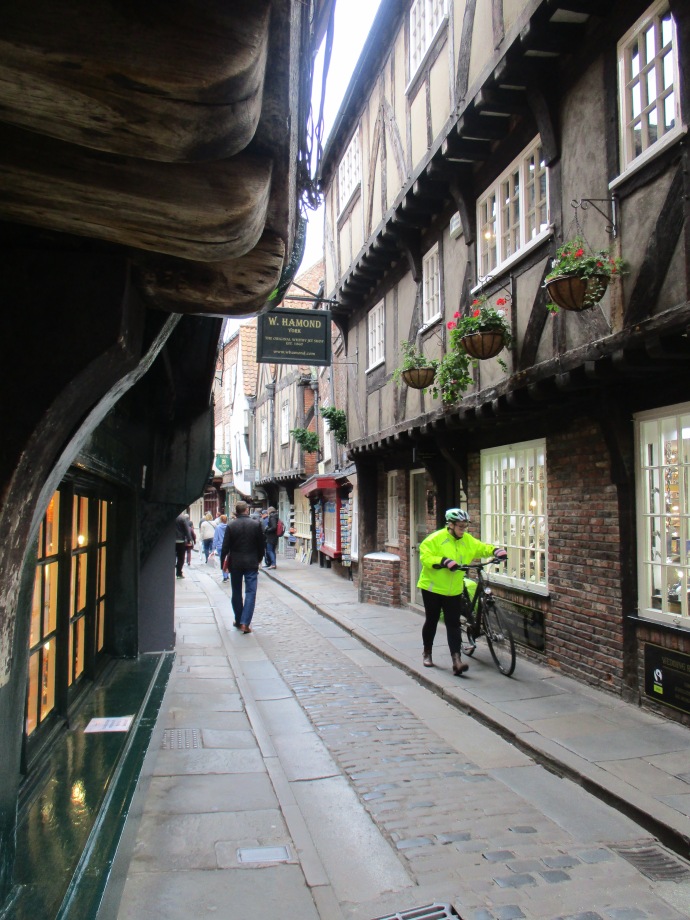 Offal and blood from the butchers would be thrown into the street and the pavements either side of the street were raised to form a channel where it would be washed away a couple of times a week. Now, the area is more tourist-driven with some very nice souvenir shops as well as jewellers, antique shops and cafes.

The overhanging timber framed fronts of the buildings were designed so as to protect both the meat from the sunshine as well as the wattle and daub walls.

One of the buildings of note in the Shambles is The Shrine of St Margaret Clitherow. The house (possibly actually the one opposite rather than this one due to the renumbering of the street decades previously) is where Margaret Clitherow, the wife of a butcher, lived from 1571 and where she hid Catholic priests, a serious crime at the time. In 1586 she was arrested and refusing to plead a case she was tortured and then executed by being crushed to death at the toll-booth on the Ouse Bridge (there is a plaque at the site of her execution on the bridge that was unveiled in 2008). You can go inside the building but as it was quite small and busy when I went by I never had the chance to photograph the interior. 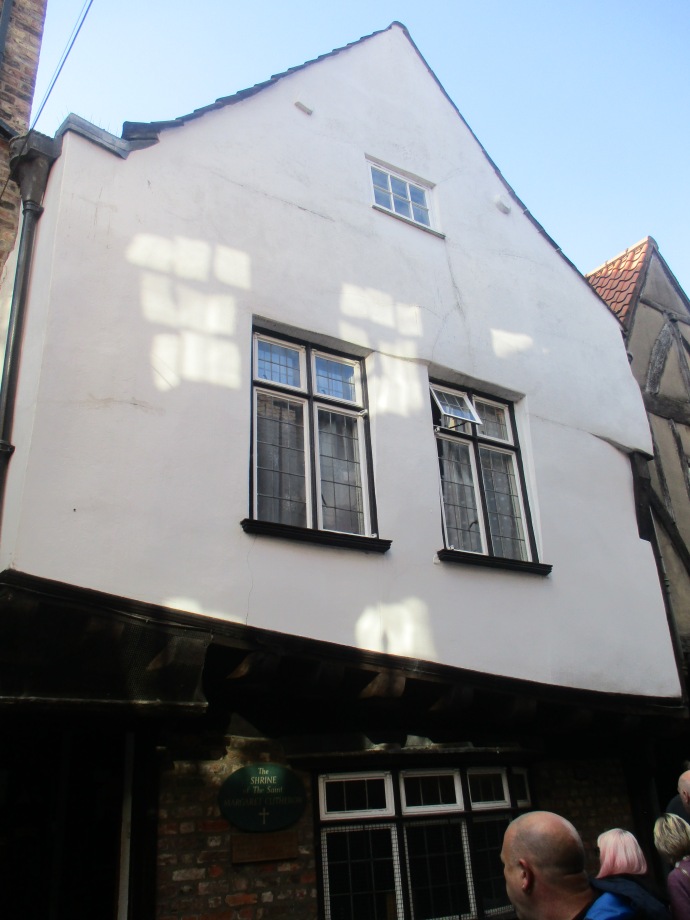 Another place of interest if you’re a Harry Potter fan is The Shop That Must Not Be Named, a recently opened Harry Potter themed shop. Like most of the shops in the Shambles it’s quite small so they don’t allow a lot of people inside at once – one of the staff told me that at weekends the queue often snakes all the way down the street so it would probably be better to visit during the week if you can. 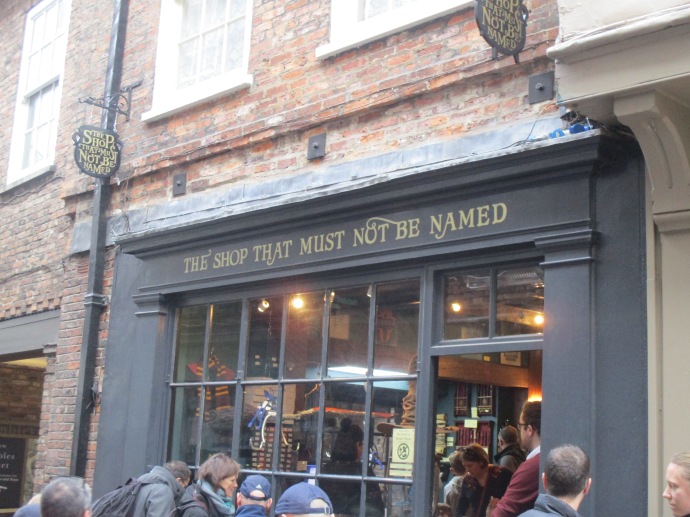 You can find more photos of the Shambles here.

3 thoughts on “The Shambles, York”