Another installment about some of Nottingham’s more interesting buildings. The first is Ye Olde Salutation Inn. Dating from 1240 it, along with several others in Nottingham, claims to be the oldest pub in the city. The building was originally a tanner’s workshop, before that the site was another ale house with the catchy name of The Archangel Gabriel Salutes the Virgin Mary. During the Civil War of 1642-1651 rooms were set aside to recruit for both sides in the conflict.

Another pub nearby is The Royal Children Inn. Rebuilt around 1933 the site of this pub is medieval and a pub of this name existed from at least 1799. Supposedly the children are those of Anne, James II’s daughter who stayed nearby at Nottingham Castle in the 1680s and are supposed to have played with the innkeepers children. It makes for a nice tale, but actually although Anne did stay at the Castle at that time, all her children had died by then.

This clock was made for the ironmongers Lewis & Grundy around 1950. It was made by G&F Cope & Co who also made the clock for the Nottingham Council House. 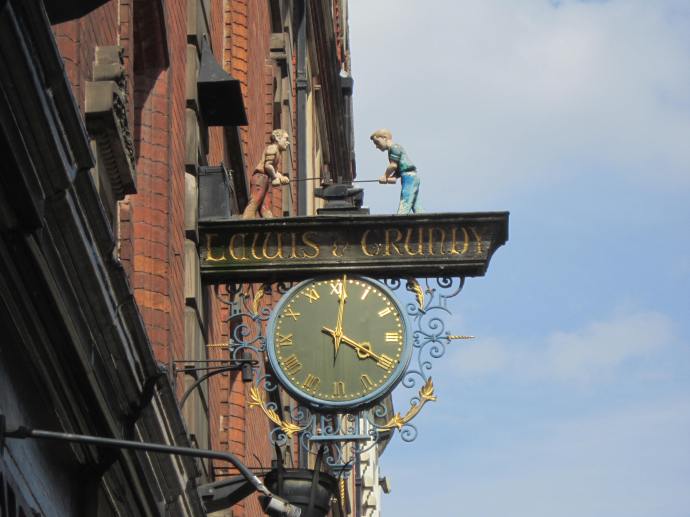 This particularly impressive building of Gothic design is the Arkwright building, now part of Nottingham Trent University. D. H. Lawrence studied in the building when it was the University College Nottingham from 1906 to 1908.

It was built in 1877-81 and has some wonderful features and some impressive statues adorning the outside. Originally six in total, two were destroyed in 1941 when the western part of the building took a direct hit from a German bomb. Here are John Milton and William Shakespeare. 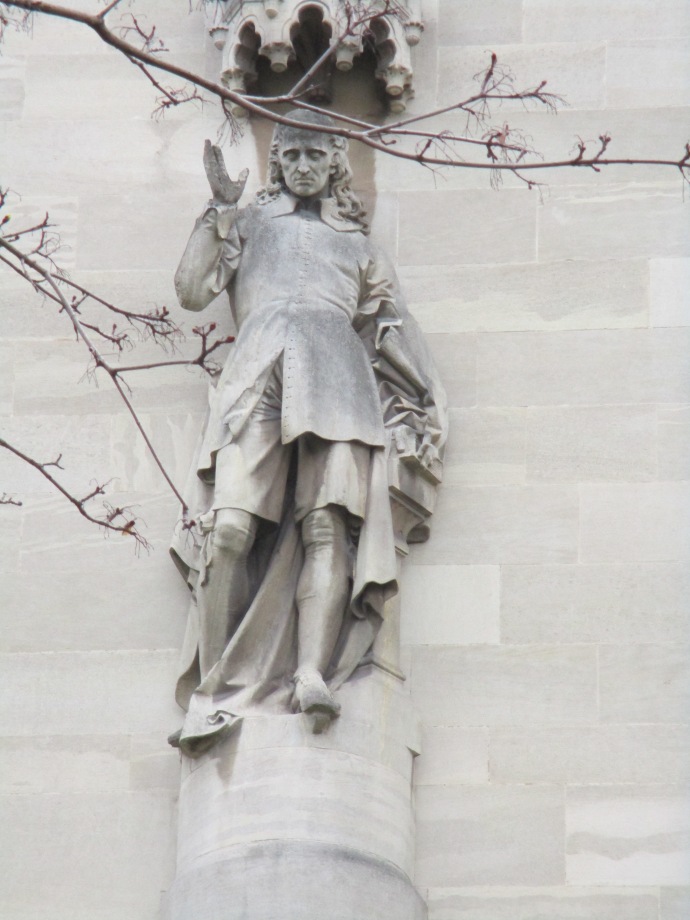 Opposite the Arkwright building is the old Shakespeare Street Wesleyan Reform Chapel. A Grade II listed building, construction on it began in 1854; it suffered damage in the same bombing as the Arkwright building during the Second World War and was converted into a synagogue in 1953, a function which as far as I can tell it still fulfils today. 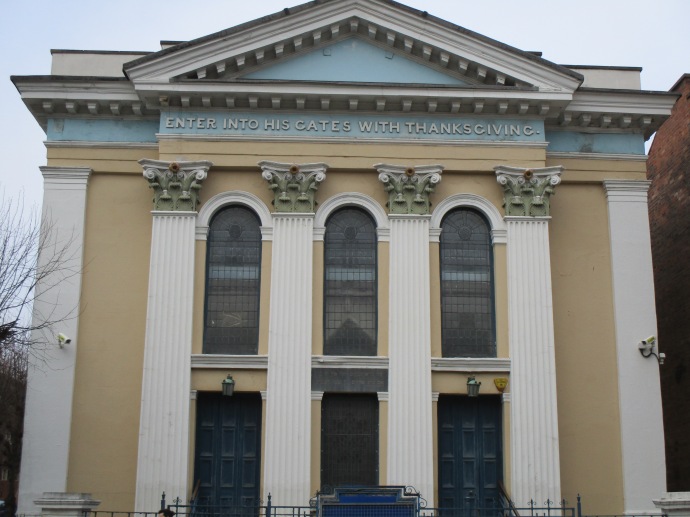 This striking building was designed as the Poor Law Office and opened in 1887. Another of the buildings damaged in the Second World War it became a registry office and is now part of Nottingham Trent University.

And finally for this post we have the Provincial Grand Lodge of the Freemasons. The building was extended in 1929 and by 1931 the Hall as it stands today was completed. It too received extreme damage due to a direct hit during the bombing raid of 1941 that also damaged the university buildings. The Freemasons are still in residence in the building and, watch this space, because I should be going on a tour of the interior soon.

You can find more of my photos of Nottingham here.